Senate President Morse spoke of his concerns regarding the leadership of the Department of Health and Human Services Friday as they presented the Joint Fiscal Committee with a late item that shows a nearly $16 million dollar shortfall that will impact payments to hospitals.  Morse criticized the Department of Health and Human Services Commissioner Jeffrey Meyers on poor leadership, lack of transparency and fiscal irresponsibility by saying “It is unfortunate that the Department of Health and Human Services waited until less than a week before the end of the fiscal year to let the Legislature know about this shortfall, presenting this problem to the fiscal committee with only days to correct it.  This one time fix means that the Department of Health and Human Services will be unable to meet their lapses for the fiscal year, which is unacceptable.  The people of NH deserve better.”  Gubernatorial candidate Frank Edelblut claimed that Meyers did not have the responsibility to oversee about forty percent of state spending after Meyer’s confirmation in January.  Edelblut said, “Jeffery Meyers is the architect of Obamacare in New Hampshire; a program that is the source of broad political divides.  He is also a committed partisan who actively supports progressive causes and candidates, having donated thousands of dollars to the Democratic Party and democratic candidates, including Barack Obama himself.”

The Manchester Board of School Committee has a meeting tonight at 7 in City Hall.  Among the busy agenda, is the approval of the tuition agreement between Hooksett and Manchester school districts.  The board will also discuss the superintendent search.  They are still seeking input from the public, so if you have not had the chance to express your opinion to them, there is a public forum on the agenda.  There will be a live blog of the meeting tonight for those of you who like to read along at home. S B 3 6 1 was recently passed into law.  The bill bans the sale of premixed synthetic urine.  Senator Jeanie Forrester, the legislation’s prime sponsor, issued a statement in favor of the bill being signed into law.  Forrester said she filed the claim on behalf of a constituent who lost her son to a drug overdose and they found synthetic urine near him.  Synthetic urine is commonly used to defraud drug and alcohol screening tests, has been easy to obtain and has no other foreseeable uses outside of circumventing drug tests.  Forrester called the bill common-sense legislation and hopes that banning synthetic urine will have a positive impact on the state.

S B 5 2 2 and S B 5 3 3 were signed into law on Friday as part of the comprehensive plan to curb the heroin crisis in New Hampshire.  SB 522 provides funding to make upgrades to the Prescription Drug Monitoring Program.  Senator Jeb Bradley said that they hope to increase the use of the PDMP by making it more user-friendly to help lessen the occurrences of doctor shopping or opioid addicts seeking multiple prescriptions for controlled opioids from more than one doctor.  S B 5 3 3 increases the resources available for treatment and recovery by funding transitional housing providing the means to add a position within the Attorney General’s office responsible for prosecuting drug related crimes in New Hampshire.

The Milford Board of Water and Sewer Commissioners have issued a ban on lawn watering for all customers of town water.  The ban is based on Milford’s own water level monitoring, current system levels, and a statement from the State on Thursday that identified a significant portion of the state being in a “D1” Moderate drought condition.  Town residents not on town water are strongly encouraged to limit your individual water usage such as outdoor watering as to protect your water supply through your individual wells and pumps.

That’s some news from our own backyard!  There’s more Girard at Large next! 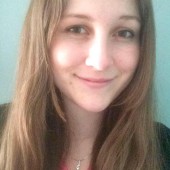