Saying “The safety and security of our citizens is the most important function of our government, both State and Federal,” New Hampshire Attorney General Joseph  Foster issued a statement condemning the executive order restricting access to the United States by people from seven countries issued by President Donald J. Trump on Friday.  Foster said that government’s protective function quote “must always be implemented in a manner that respects our State and Federal constitutional rights” and claimed Trump’s executive order ran afoul of them.  The man who finds no violation of First Amendment Rights in the “Buffer Zone Law,” which prohibits the presence of peaceful protesters outside of abortion clinics said quote:

Religious liberty has been and always will be a bedrock principle of our Country and no President can change that truth. Targeting immigrants and others because of their national origin or faith violates that core principle and ignores our history as a nation of immigrants. 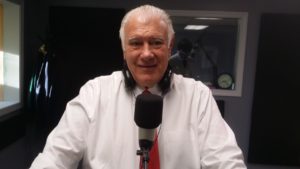 Foster wasn’t the only one critical of the President’s order.  While stating his support for quote “controlling our borders and strengthening the vetting process for those wishing to come to the United State of America,” Manchester Mayor Ted Gatsas said it was quote “imperative for the safety of our country and our community, but it must be implemented fairly and with clarity of process and rules.”  Gatsas said he was quote

“concerned with the haste in which this order was implemented and the resulting chaos and confusion,” and stated his belief that quote “individuals who are here legally should be able to travel to and from the United States legally no matter where they are from.”

News note:  The President’s order does, in fact, provide for that.

We have worked diligently, and with great success, to make the refugee community feel welcome and that will never change.

Sununu: Calm in the midst of the storm

“The enforcement of our nation’s immigration policy is a function of the federal government. Our country was founded on immigration and it is both the fabric of my family and families around the United States. We live in a very dangerous world and I will continue to support the strengthening of the vetting process, as it contributes directly to the safety and security of the people of New Hampshire. I am closely monitoring the President’s executive order and our office is staying in communication with the White House and federal and state agencies to assess the impact of the order on New Hampshire.” 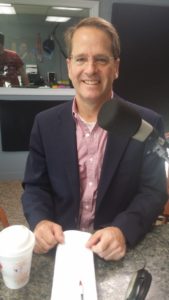 The nomination of former gubernatorial candidate and State Rep. Frank Edelblut, Republican from Wilton, to be the state’s Commissioner of Education will go before a public hearing today at one o’clock in Representatives Hall at the State House.  District Five Executive Councilor David Wheeler, Republican from Milford, will preside over the hearing as Dean of the Council.

Wheeler: Will wield the gavel

Edelblut’s nomination by Governor Chris Sununu has sparked a firestorm of activity as labor unions across the state and beyond, as well as local organizations that advocate for change, choice and accountability in education, have mobilized their troops in what will easily be the biggest fight in  history over the nomination of a department head.  The N H chapters of the American Federation of Teachers and National Education Association have led labor groups in opposition.  Expect to see a lot of people wearing red in Reps Hall and elsewhere in protest of the nomination.  They fear Edelblut for the same reason organizations like Cornerstone Action, a local non-partisan issues advocacy group, has endorsed him.   He has, according to Cornerstone,

“a record of supporting school choice and looking to parental involvement and local control rather than federal mandates when it comes to determining what works for New Hampshire children.

Sources have told Girard at Large that the onslaught of those opposed has been massive and that those in favor need to, at a minimum, call or email their executive councilor to register their support.  While Edelblut is expected to be confirmed on a party line vote, he himself told Girard at Large that he takes nothing for granted and assumes nothing until the votes are cast.  Edelblut’s supporters, citing the extraordinary efforts of the unions and educrats to oppose the nomination, are urging those who want education to change to rise to the challenge.  We’ve linked to the contact info for the council and its members, who are expected to vote on the nomination tomorrow during the meeting of the Governor and Council.

Former Hancock Town Clerk Joan Joseph has pled guilty to violating the Driver Privacy Act.  Joseph disclosed protected driver-record information to an unauthorized person.  She was sentenced to pay a $1,000 fine and a penalty assessment.  She resigned as town clerk effective December 31st. The Driver Privacy Act makes Division of Motor Vehicle records confidential and allows only certain people and entities to have access to the records for specific purposes.

Chief John J. Bryfonski and the Bedford Police Department are warning residents of ongoing phone scams and remind community members to never give out their personal or financial information to a person they do not know or whose identity cannot be verified.

Over the past month, Bedford Police have received multiple reports from citizens regarding elaborate phone scams.  Two residents were tricked into wiring money at a local department store because they were led to believe their loved ones had been arrested and needed money for bail.  Another resident was called by scammers impersonating the I R S.  The scammers demanded payment via wire transfer and threatened arrest should the money not be sent.

Residents should always take the time to verify where and to whom their money is being sent. Never conduct a wire transfer if you are not completely confident that the funds are for a legitimate purpose and will reach their intended source. If a relative or friend supposedly needs money, make sure to talk specifically to them so you do not fall prey to these increasingly elaborate scams. Anytime you receive a call and you are concerned or in doubt about the truthfulness of the call, you should immediately contact the Bedford Police Department.

If a victim gives away a pre-paid debit card number, or makes a wire transfer or money order, the money is gone and lost forever, and there is usually no way to recover those funds.

If you receive a call from a phone scammer, hang up. Do not engage with these callers.

Anyone who has questions, concerns, or believes they are the victim of a scam is asked to contact their local police department.