Manchester Mayor Ted Gatsas made some news during his weekly interview here on the Girard at Large Radio Show yesterday.  Among the items that raised an eyebrow or two, Gatsas announced he’d been speaking with state officials to open a drug treatment center at the Sununu Center for juveniles struggling with addiction.  Gatsas said the state was devoid of any facilities that would treat juveniles addicted to drugs.  Citing the opioid epidemic, Gatsas said if that if juvenile treatment facilities weren’t created soon, the state would be swamped with minors in need of treatment and unable to catch up with the need.  He suggested the services be located at the Sununu Center both because there was available space and because it was a facility for juveniles and already had some of the supporting services in place. 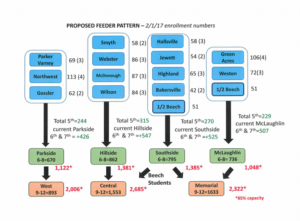 Gatsas: Not a redistricting plan

it’s about feeder schools, not redistricting…Redistricting, truly, is about doing the entire city at the same time.

He questioned why the feeder system was being done before the elementary school boundaries, arguing that changes to the elementary boundaries could cause the middle schools kids go to to change.  Quote:

I don’t know how you could possibly do feeder schools when you can’t rightsize elementary schools….It doesn’t change anything…It’s a feel good attempt to say ‘oh, we’ve done something.’  Gatsas called on the district to do the hard work, actually redistricting the elementary schools where there are capacity issues, first.

Gatsas: Doesn’t think it will help

Needle exchange legislation in Concord was also on Gatsas’ radar.  Saying he’s learned from addicts why needles end up in city parks, he didn’t believe that reducing charges for crimes already on the books will slow the epidemic down or be good for the addict.  In the discussion, he also pointed to the sheer number of children born to drug addicted mothers in the city and said state and local efforts had to be focused on preparing for those children coming into the city’s schools.  Gatsas basically said that unless we start dealing with things before they get here, the situation will go from bad to worse. 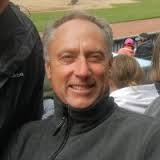 Things are getting ugly under the Golden Dome in Concord.  Girard at Large has obtained a letter sent by House Chief of Staff Terry Pfaff, a former Republican State Rep. from Hooksett, to the House Republican Alliance banning them from using space in the State House Complex for their meetings.  The coalition of conservative Republican representatives was told that because of its failure to produce a set of bylaws, it was considered an advocacy and lobbying organization and therefore cannot use taxpayer supported facilities.  Pfaff suggested the group secure space near the State House Complex, like outside lobbying groups do.  He also said their position sheets on issues may no longer be distributed within the House Chamber or Anteroom, but must be done outside quote “as is done by other groups.” 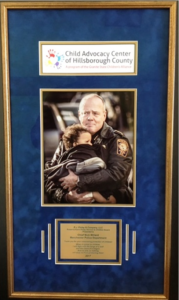 Manchester Police Chief Nick Willard has another plaque to hang on his wall.  Willard was presented with the R. J. Finlay Service to Children Award at the Hillsborough County Child Advocacy Center’s Annual Gala on April 8th.  The award honors an individual who has shown exceptional dedication to ensuring that child victims of physical and sexual abuse receive quality forensic interviews and services to help them heal, survive and thrive.

According to a statement released yesterday by the Manchester Police Department, Willard received the award for his quote

unwavering support of the CAC movement, through the MPD Beards for Bucks campaign to raise money for the Hillsborough County CAC as well as his consistent efforts to educate other members of law enforcement, elected officials and the public on the CAC movement and how the forensic interviews done at the CAC not only help law enforcement and prosecutors in their pursuit of justice for child victims, but also how the CAC works to help those who survive childhood abuse heal and move forward in life.”

Our congrats to the chief!

The Auburn Board of Selectmen will hold a public hearing on Monday, April 24th at 7:00 P.M. in Town Hall for the purpose of receiving public comment on proposed amending the town’s “Building Permit Fee Schedule,” pursuant to the provisions of Article 13.01 of the Town of Auburn Zoning Ordinance.  Immediately following the public hearing, the Board of Selectmen will consider adoption of a proposed “Building Permit Refund Policy”.   Copies of the proposed the fee schedule and refund policy are available for public review at the Auburn Town Hall, the Auburn Post Office and auburn n h dot com.

The Rockingham County Republican Committee will host its Annual Freedom Founders Dinner on Thursday, April 20th at the Wentworth by the Sea Hotel in New Castle.  Former Trump Campaign Manager Corey Lewandowski is the keynote speaker and Governor Christopher Sununu will be on hand as a special guest.  Brian Murphy, Chairman of the Rockingham County Republican Committee, said Lewandowski will give a behind the scenes view of the Trump campaign, along with his perspective on Trump’s first three months in office.

The annual event commemorates distinguished American patriots who founded our country and kept that ideal alive through their sacrifice and commitment.  A limited number of individual tickets and sponsorship opportunities are still available.  Reservations are required and can be made at Rockingham County GOP dot com.