(Hours 2b,c) Rich was joined by State Representatives Victoria Sullivan and John Burt for this week’s edition of Under the Golden Dome. They talked about the state budget, and various things funded in it, including family planning (Planned Parenthood), “Kenogarten”, 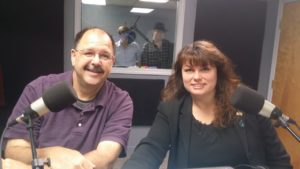 and a new prison with all of the associated costs. They also talked about why a new prison is being built, and what could’ve and should’ve been done instead of building a new one.

(Hour 2c) They started off the second segment by taking a call from Eddie from Manchester. He talked about the hypocrisy of people supporting more funding for schools but saying nothing when City side blows out spending that could’ve been sent to the schools. Victoria then remarked on how the city jobs, like police and firefighters, are supposed to be public service jobs that are sought after because of the worker’s pride, not because of the salaries and benefits. They continued to talk about how the city figures out its budget, and the waste in the state budget that can be cut, including the Governor’s review of all of the departments to figure out wasteful spending.

Hillary Clinton and the News Media