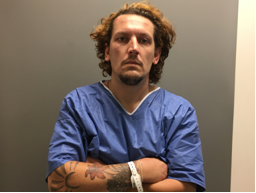 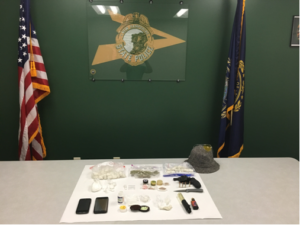 NHSP: A kilo of Fentanyl and more

Almand was charged with one count of Possession with Intent to Distribute the Controlled Drug Fentanyl, three counts of Sale of a Controlled Drug Fentanyl, one count of felon in possession of a firearm and one count of resisting arrest.  Almand also had an outstanding warrant from the state of Maine for a probation violation for dangerous drugs.  He was arraigned yesterday in Manchester District court and is being held on cash bail of half a million dollars.  The investigation seized nearly kilogram of fentanyl and was funded by Operation Granite Hammer.

Anyone with further information regarding this incident is encouraged to contact the State Police Narcotics and Investigations Unit at 6 0 3-2 2 3-3 8 5 7. 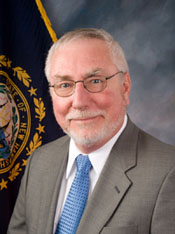 Sevigny: Plan taxes all to subsidize a few

With health insurance rates set to rise by nearly fifty percent on New Hampshire’s Obamacare Health Insurance Exchange, officials in Concord are scrambling to save the system, fearing as many as fifty thousand Granite Staters could lose their insurance due to the premium spike, which would not only affect the fifty thousand covered through the exchange, but also the fifty thousand on Expanded Medicaid.  A proposal by Insurance Commissioner Roger Sevigny to tax every health insurance company in the state to fund a forty five million dollar high risk pool that would offset losses suffered by companies offering coverage through the exchange is meeting resistance.

Under Sevigny’s plan, thirty two million dollars would be raised by the assessment against the insurance companies, who will no doubt pass that cost along to consumers, and thirteen million would come from a grant from the federal government, if they get it.  Lawmakers on the Joint Health Care Reform Oversight Committee declined to act on Sevigny’s proposal yesterday, despite his urgent request they do so.  Governor Christopher Sununu, who signaled his opposition to the plan prior to its being brought to the committee yesterday, reiterated his opposition in a statement after the committee’s meeting .

Sununu said that the state’s citizens have been “unwillingly thrust” into the turmoil of America’s health care system that’s threatening the individual market with a forty five percent increase in premiums.  He stated he supported using the waiver tool suggested by Sevigny to help keep the premium spike down but that he was, quote:

“not convinced that an assessment that would be passed on to consumers across all insurance markets is the right approach.  I have charged the Department of Insurance to address this concern so that other solutions may be considered.  Now is the time for all sides to come together with good ideas so that we can find a proposal that will work for New Hampshire.”

It’s probably important to note that if Sevigny’s plan were to be adopted, the projected rate hike would ONLY be thirty two percent.  Minuteman Health recently announced it will withdraw from the state’s Obamacare Exchange in two thousand eighteen, leaving those it covers having to find policies elsewhere.  Neither Anthem Blue Cross Blue Shield nor Harvard Pilgrim, the remaining two companies providing policies to individuals through the exchange, would commit to staying in the exchange if Sevigny’s plan passed.  This, folks, is why government shouldn’t do stuff like Expanded Medicaid.  We will discuss… 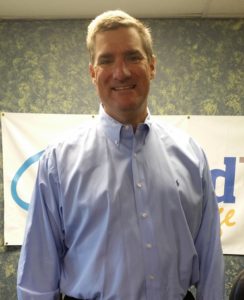 As things continue to go from bad to worse for the V A Medical Center in Manchester, Congresswoman Carol Shea Porter, Democrat from Rochester, is coming under fire for her vote to block funding for the V A Choice program.  In a statement issued yesterday, declared First District Congressional Candidate, State Senator Republican from Bedford, said Shea Porter’s vote showed quote her quote “disdain for New Hampshire’s veterans,” unquote, by putting partisan politics above the medical needs of veterans.  Sanborn asserted that the vote to block funding, which would help veterans obtain care outside the V A system, quote:

“forces New Hampshire’s heroes to use a facility that has been found to have flies and just last week had bursting water pipes…Simply put, she should be ashamed that she put her extreme liberal big government politics ahead of the best interests of our veterans and New Hampshire deserves better.”

Sanborn said, if elected, he would fight everyday for the warriors who defend the country and all it stands for and would work tirelessly to fix the V A.  Of course, if we don’t get rid of Obamacare, everybody’s health care will be just like what veterans are getting from the V A. 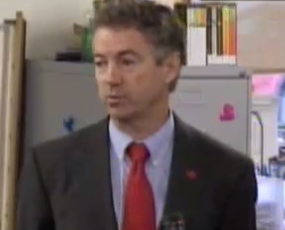 Meanwhile, the Democrats, who you’d swear still run the place, are now openly talking about a so called single payer system, which is what the V A is for our veterans, that would essentially expand the nearly bankrupt Medicare system to all Americans.  The senate’s top two Democrats, Chuck Schumer of New York and his trusty henchman Dick Durbin of Illinois, have recently and repeatedly raised the specter.  While the V A system burns and Obamacare Exchanges across the country implode, just like the one here in New Hampshire is doing, the United States Senate failed to pass a bill introduced by Republican Senator Rand Paul of Kentucky that would simply repeal Obamacare, the ironically named “Affordable Care Act” which has caused millions to lose their health insurance plans due to skyrocketing premiums and exploding deductibles.  Paul’s bill would have kept Obamacare in place for two years so lawmakers had time to address various issues.

The bill was identical to one that passed the Congress in 2 0 1 5, but was vetoed by the former occupant of the White House.  Six Republican senators who voted for the bill in 2 0 1 5 flipped their vote to vote against it this time around.  Those jerks include Dean Heller of NV, Shelley Moore Capito of R-W V, John McCain of AZ, Lamar Alexander of TN, Lisa Murkowski of AK and Rob Portman of OH.  Maine Senator Susan Collins voted against the bill both this time and last.roving one thing:  The only truthful thing the former occupant of the White House said about Obamacare was that it was the fastest way to single pay.  We will discuss.