More than fifty are dead and over four hundred were wounded in a mass shooting in Las Vegas.  While most of us were asleep, at about ten twenty Pacific Time last night, a shooter with an automatic rifle opened fire on the Route 9 1 concert venue from the thirty second floor of the Mandalay Bay Casino and Hotel during a Country Western concert.  Singer Jason Aldean was performing when the shots rang out. 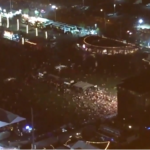 The gunman was dead when found by police.  A police spokesman said he was Stephen Paddock, a local man.  The police department also announced it believed they’ve located Paddock’s female companion, Marilou Danley, for whom it had been looking.  An estimated twenty two thousand people were at the concert, which was the final performance of a three day Country Music festival.  (NOTE:  This article was updated several times as information became available.)

Back home, more good news.  The Manchester Fire Department released the month end statistics for overdose calls in September.  Looks like the city may have broken a record for the number of calls in one month, responding to one hundred ten overdose scenes.  There were ten fatalities.  Year to date through the end of September, there have been six hundred fifty seven overdoses.  Over the same period of time last year, there had been five hundred ninety seven.  There have been fifty two fatalities year to date, versus sixty five last year.

The not so good overdose news comes even as the number of Safe Station visits rise.  As of the end of September, one thousand six hundred sixty two addicts had gone to a Manchester fire station seeking help.  Three hundred eighty five of them were repeat visitors, responsible for seven hundred thirty one of the two thousand three hundred ninety three visits that had been made since May of last year.  Since the program opened, seven hundred twenty nine people who have come through Safe Station have been Queen City residents.  That’s just forty four percent of the total, which includes residents from well more than one hundred twenty New Hampshire communities and sixteen states.

Not to be out done on the news front, the Candia Police Department has released its latest stats on the crime wave that’s crushed the community.  Its reporting having given one hundred ninety one motor vehicle warnings last month and ten motor vehicle summonses.  It also reported seven arrests for offenses that went from Driving After Suspension, Non Payment of Child Support, Theft of a Motor Vehicle, Electrician Rules & Regulations, Theft, Domestic Violence (female on male, must be a refuge from Hooksett) and Criminal Mischief.

McGillen: No need for National Guard 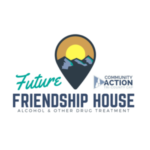 Folks in the North Country are getting a good shot in the arm to help battle the opioid crisis.  Surrounded by state officials and dozens of community leaders, representatives from three northern state nonprofits announced a five million dollar reconstruction of The Friendship House, a residential substance abuse treatment facility, allowing for increased capacity and expanded services to individuals in the northern part of the state.

Hopefully, this expansion of services will stem the tide of North Country residents coming to the Queen City’s Safe Station program seeking help with their addiction.

The campaign cheap shots keep coming from mayoral candidate Joyce Craig.  In a Facebook post last week, which was sent to various media outlets, not including us, of course, Craig hammers Mayor Ted Gatsas for failing to attend a special meeting of the Board of School Committee on August twenty fourth in favor of attending a campaign event.  Said Craig, quote:

“Our school district faces real challenges and we need a Mayor (sic) who will show up to work and solve problems.”

She said from her experience as a school board member, she knows that non-public meetings cover “very important topics” and that missing one for a campaign event was “unacceptable.”

The Gatsas camp returned fire with campaign manager Ross Berry saying the non-public meeting was called on short notice and that the mayor was unable to rearrange his long scheduled visit to Birch Hill Assisted Living.  In stating that Gatsas had attended all other regularly scheduled school board meetings this year Berry said,  quote:

“These attacks orchestrated by the Joyce Craig campaign are nothing more than pathetic attempts to distract from her awful record of raising taxes multiple times on Manchester’s taxpayers and homeowners.” 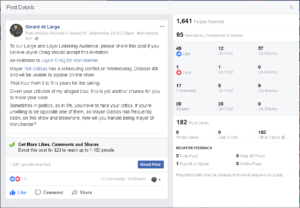 Craig, by the way, has yet to respond to our offer to come on the air this Wednesday from eight to nine in place of Gatsas who, coincidentally, had to cancel his weekly appearance due to a scheduling conflict.  Some of her Facebook followers have urged her not to accept the offer, claiming it’s, quote: “a trap.”