Ten years ago, doesn’t seem that long when you look at the alleged sexual assaults and improprieties being aired every day on national news sites, radio, and print. 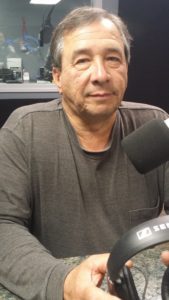 Naile: A blast from the past

This story below is about an internal investigation by the Democrat Party of still serving Democrat Party Icon Ray Buckley’s alleged behavior with campaign staffers ten years ago. An anonymous letter that was circulated at the time becomes relevant again seeing 2017 seems to be “The Year of the Revelation of Sexual Abuse.”

Will that person or persons come out now with evidence of what allegedly happened in 2007? An “internal investigation” by Democrats of a Democrat, in 2007 sounds like the whitewash US Senate rules hold for comrade Al Franken. The “internal US Senate investigation” to settle the matter is one he has asked for himself. That is how flimsy and investigation it will be.

For the second time in three weeks, state Democratic Vice Chairman Raymond Buckley is the target of an investigation, this time concerning allegations of sexual harassment.

The state Senate Democratic Caucus has hired Nashua attorney James Donchess to follow up on an anonymous letter alleging Buckley harassed male staffers in the caucus, the political arm of the Democratic Senate majority. One state senator called the charge “garbage” and said he urged other senators: “Don’t dignify it” with a probe.

But Senate President Sylvia Larsen said senators believed it was their duty to act on it.

“We treated it with respect,” she said. “We are taking steps that any responsible employer would do, keeping in mind that it is anonymous.”

Manchester Republican Rep. Steve Vaillancourt’s allegations earlier this month that Buckley had illegally brought child pornography into the country prompted a criminal probe that is continuing. It also forced Buckley, who remains director of the caucus PAC, to withdraw his front-runner candidacy for state party chairman.

Vaillancourt said he received the most recent letter in the mail. Yesterday, he denied writing or having any connection with the “To Whom It May Concern” letter, dated Jan. 10 from “A Concerned Democrat.” Topping a list of allegations was the sexual harassment charge.

Buckley attorney John Kacavas said his client “welcomes any investigation, just as he welcomed the investigation of Mr. Vaillancourt’s allegations. Just as with that investigation, Raymond expects to be vindicated in this one as well.”

Larsen, who as Senate president chairs the caucus, and Sen. Lou D’Allesandro, D-Manchester, confirmed to UnionLeader.com yesterday morning that Donchess was hired about a week ago and was questioning people who worked with Buckley. Larsen said Donchess is being paid by the caucus, which is funded by donors, and not with public funds.

Vaillancourt acknowledged last week he has no proof against Buckley that would lead to a conviction on the child pornography accusations he has made against him.

Vaillancourt wrote that he had no idea whether the charges were true, but said that if they were, “they certainly shed new light on my (child pornography) allegations.”

He wrote that he delivered the anonymous letter to Manchester police and spoke with new Democratic chairman candidate James Craig about it. Vaillancourt said Craig told him that several Democratic senators had received “some type of communication” with allegations.

D’Allesandro said he and “several senators” received the anonymous letter about a week ago.

Another reporter received a copy in the mail this week, then yesterday received an e-mail written by a “Steve Nash” stating, “FYI: The Senator Larsen has hired a labor lawyer to privately investigate claims of sexual harassment by Ray Buckley at the Senate Caucus.”

D’Allesandro, who initially confirmed the probe, said that since the letter he received was anonymous, he threw it away. He said he was “not part of the decision-making process” to hire Donchess. He said he left that to Larsen and two attorneys in the Senate: Joe Foster of Nashua and Maggie Hassan of Exeter.

Sen. Peter Burling, D-Cornish, who is also an attorney, said he discarded his copy because it was anonymous. He said he suspects that “it is either directly connected to Mr. Vaillancourt’s effort or collateral to his effort,” but he has no proof of that.

Burling said he opposed the caucus decision to hire Donchess, calling the letter “garbage.” He said he suggested to other senators: “Don’t dignify it.”

Former caucus Finance Director Sean Downey said he was questioned by Donchess and called the allegations “false and politically motivated.”

“I’ve worked with Ray for three election cycles and I think it’s crazy,” he said. “When you are in a campaign office for seven days a week, 14 hours a day, things get relaxed. But there is a huge difference between being relaxed and anything with allegations of this type of behavior. Nothing like that happened.”

Downey said Donchess asked him earlier this week whether he had ever witnessed Buckley harassing former caucus Deputy Director Rob Buchholz or any other male staffer. He said he had not. Buchholz, now deputy Senate clerk, did not return a call seeking comment.

Another staffer questioned by Donchess but who asked not to be identified in this story told the Union Leader: “It just didn’t happen. We had become a family, and if someone was mad or upset or bothered at anything being said, they would have said something. Nothing happened that crossed the line or was inappropriate.”