Now that serious, undisclosed conflicts between Manchester Proud and Reaching Higher NH have been exposed, very serious questions about the integrity and direction of this effort to develop a strategic plan for the Manchester School District have to be asked.  Over and over again, leaders of Manchester Proud have emphatically stated they have no agenda, no political affiliations, no bias and no predetermined outcomes.  They have asserted their efforts will be guided by the input they receive from stakeholders across the city.  Those assurances have come  in response to questions and concerns I have consistently raised both privately and publicly.

I first met with Arthur Sullivan, a Manchester Proud founder, on April 4, 2018.   Superintendent Dr. Bolgen Vargas was in the meeting.  Upon learning that City Year Executive Director Pawn Nitichan and State Rep. Mary Heath were on Manchester Proud’s Champions Council, I raised the first red flags.  Nitichan’s presence constitutes a conflict of interest not only because City Year is funded by the district, but also because it has made its desire for increased funding known.  Would Manchester Proud be a vehicle to advocate for increased funding? (Note well:  I have consistently and strongly supported City Year during my time in office.)  Heath’s politics and positions on education are well known and easily researched.  Her voting record and advocacy demonstrate a clear left-wing bias against local control, parental rights and options for low income students in favor of state and federal mandates, bureaucratic expansion, union demands and dumbed down standards like the Common Core.

After raising these concerns, I was told that Manchester Proud was going to hire Reaching Higher NH to facilitate community outreach.  While this was offered as evidence that the gathering of public input would be objective, it was clear that neither gentleman in this meeting really understood what that organization was about.  It is not non-partisan.  It is not bi-partisan.  It is not objective.  It has a clear point of view that made me wonder whether or not Heath had made the suggestion they be hired because their policy proscriptions are one in the same with hers.

In an attempt to salvage the meeting, I suggested Ann Marie Banfield, the Education Liaison for Cornerstone Policy Research,  be added to the committee.  If they wanted to ensure their objectivity, I said, they should have someone with a different point of view on their steering committee.  I also suggested Dr. James Milgram and Dr. Sandra Stotsky be invited to participate given their unquestionable, nationally recognized expertise in developing academic standards and assessing curriculum.  Sullivan said he would take it up with the committee.  I left the meeting without offering my support. 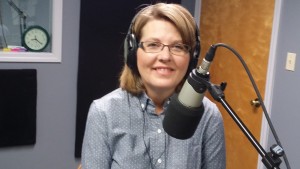 On May 11th, I attended another meeting at Manchester Proud’s request.  In addition to Sullivan, Champion Council members Patricia Lynott and Rick Loeffler were present, as was Barry Brensinger, Manchester Proud’s coordinator.  Before that meeting, I had re-visited Reaching Higher’s Web site and discovered more conflicts of interest.  Nitichan was also a member of its board of directors as was Manchester Proud Champion Council member Talmira Hill.  Those conflicts, coupled with Reaching Higher’s bias on education policy, led me again to suggest their objectivity was not possible.  “You’re wrong!” was Brensinger’s response.  I couldn’t tell if his tone was defensive or defiant, but it was striking and has stuck with me.  What I didn’t know at the time was his daughter, Evelyn Aissa, was Reaching Higher’s executive director.  Things make a whole lot more sense now. 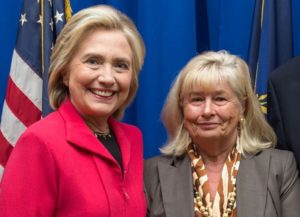 Undeterred, I again suggested Banfield be added to the committee to provide a countervailing point of view that would raise questions and discussions the well meaning, but admittedly unfamiliar with education issues and policy, business people of Manchester Proud would need to understand the options before them.  They refused to include Banfield with Lynott declaring “she had a point of view” and would likely “politicize” the organization.  “And Mary Heath doesn’t?” I retorted.  “You don’t consider her an educational expert?” asked Lynott and others.  “Not if your goal is to fix what’s wrong with the schools,” I answered.  Moreover, I argued her presence on the board would alienate constituencies they desperately needed to understand if they were to entice them to consider sending their kids to Manchester’s schools.  Banfield, I said, can reach constituencies Heath repels and those are the people who have left the schools.

I again left a meeting without giving my support.

Three days later, Manchester Proud was before the Board of School Committee.  Their presentation starts at minute 53. 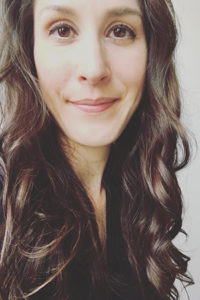 While I ultimately voted to support the effort, my initial comments start at 1:17:12, I did so after extracting a pledge that they would reach out to disaffected constituencies and putting  my concerns with the make up of their steering committee and their choice of Reaching Higher NH to facilitate their outreach on the record.  I urged them to undertake specific outreach efforts to those who have left the district to home school or attend charter schools and warned them if they weren’t careful, their choices would lead to a predetermined outcome I believed was likely given the make up of their Champions Council and their hiring of Reaching Higher NH.  To my knowledge, for all their fanfare, they have yet to undertake those outreach efforts.

More red flags went up when, at the school board meeting on August 27, Manchester Proud announced that it had supported the Manchester Health Department’s grant application to make all of Manchester’s schools “full service community schools.”  This is an approach to “education” that locates a variety of social and health services in the schools to transform them into “community facilities” that do more than “just educate.”  Agree with this approach or not, it represents a point of view on what education should be; a point of view represented by people like Heath and organizations like Reaching Higher NH.  I also found it troubling that Manchester Proud offered support on behalf of the district while the school board wasn’t even notified that the grant application existed.  By the way, Mayor Joyce Craig, applauded Heath for being an “integral part” of Manchester Proud at this meeting.

At our school board meeting on October 9th, we were asked to support Manchester Proud’s request to pay for the district’s membership in the Council of the Great City Schools.  This membership organization, which has taken more than $13 million from the Gates Foundation for the specific purpose of promoting the adoption and implementation of the Common Core National Standards, makes Reaching High NH look like a “moderate”  group, which it’s not.  Manchester Proud’s presentation starts 30 minutes in.  My comments, where I indicate I am moving from a position to support to one of neutrality, are at time stamps 34:54 and 49:00.  Once again, they claimed objectivity, only this time they had no answer for my assertion that if everything is coming from the same point of view, then the outcome is predictable.

Council of the Great City Schools

In the meetings I had with Manchester Proud Champion Council members  in April and May, I warned of how, time and again, “well meaning business people get co-opted by left wing ‘educational experts’ like Heath and Reaching Higher NH, which leads to their hijacking.”  Manchester Proud’s organizational affiliations, outreach effort and policy pronouncements (supporting the Health Department’s community schools grant application) have proven those concerns were well founded.  Now that Banfield has discovered and exposed that Manchester Proud’s Brenisnger is the father of Reaching Higher’s Aissa, one has to wonder whether or not the directional fix was in from the very beginning, whether Brensinger and company knew it or not.

Now we know why Reaching Higher NH, with its well known policy biases, was chosen to facilitate this effort.  Now we can guess why Nitichan and Hill serve on the boards of both organizations.  There’s no more mystery about why Heath is included for her “expertise” while Banfield is excluded for her “bias.”  Now I know I was “wrong” because Brensinger took umbrage at my characterization of the organization his daughter led.  After all, what father wouldn’t stand by his child, an alleged expert in the field, and believe what they had to say about the topic?  To be honest, while I applaud the business community and other interested citizens and organizations coming forward to help the schools, I now wonder what really prompted them to action.  The undisclosed conflicts of interest between Manchester Proud and Reaching Higher NH not only beg that question, they have stripped all credibility away from the claims that they are impartial, objective and will be guided solely by the input they receive from the community; input that will be collected and washed through the biased filters of Reaching Higher NH and the Council on Great City Schools.

For these reasons, I will no longer support Manchester Proud’s efforts to develop a strategic plan for the Manchester School District.  It’s a matter of conscience.  Intentionally or not, we have been deceived by their failure to disclose these organizational conflicts of interest and the die for a predetermined, predictable set of outcomes that will align with dis-proven educational philosophies and approaches that empower unions and bureaucrats at the expense of parents and student choices has been cast.

Manchester doesn’t need another “assessment” of the school district.  It has one from 2013 called the Curriculum Audit.  We know what needs to be fixed and it hasn’t changed.  Superintendent Vargas has brought that document to the school board’s attention on more than a few occasions which has led to action on precious few of its findings.  Perhaps Manchester Proud could still live up to its promise to this community by helping the district raise the funds to develop a strategic plan designed to implement the Curriculum Audit’s findings.  That won’t require Reaching Higher NH, the Council of the Great City Schools or the influence of the so-called “experts” who have clearly directed this effort down the educational equivalent of the Primrose Path.  They know where they’re going and now we do, too.  Pain me thought it does to say it, it’s time to redirect Manchester Proud or bring it to an end.