Girard at Large has obtained the following email from Jim Bender, whose company, PING4, created the S.A.F.E. app (Safety. Alerts. For. Education) app. offered to and accepted by the Manchester Board of School Committee in May, 2018.  Yes, 2018!  This video provides highlights of the discussion that took place at that meeting.  (Jim Bender is the man on the right in the tan sport coat.  Parkside Principal Forrest Ransdell is on the left of the screen.)
Note well, the school board did NOT demand any of the conditions placed on PING4 by the Memorandum of Understanding, except that the promotional video featuring a mock incident at Central High School to demonstrate how the app would work in an emergency situation be removed from PING4’s Web site.  In fact, the school board did NOT request any sort of Memorandum of Understanding at all.  That seems to be the invention of Mayor  who, in presenting it to the board for a vote after developing it, undercut the board’s vote in to accept it more than a year ago.  ~Publius
The content of Mr. Bender’s email begins here:
Our marketing team just discovered this press release.
https://manchesterinklink.com/bosc-will-voice-concerns-regarding-safety-app-agreement/
We have decided to share with each of you the letter which I sent to Joyce after the last school board meeting more than a month ago. We never heard any response. Up until now, I have kept this confidential sharing only with the Mayor.
Jim
———- Forwarded message ———
From: Jim Bender <[email protected]>
Date: Thu, May 16, 2019 at 11:26 AM
Subject: Your discussion of the SAFE program at the MSD meeting last Tuesday night.
To: <[email protected]> 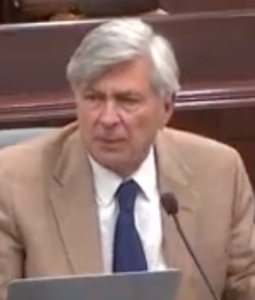 Proud Cometh Before the Fall (of Manchester’s Schools) – Updated