Gene Martin is an at-Large candidate for the Board of School Committee in this Tuesday’s General Election.  He burst onto the scene in the primary, nearly topping the ballot in a six person field.  In a field comprised of relative unknowns, including himself, Martin was able to cut through with an aggressive mail and social media campaign.  His answers, frankly, were unimpressive boiler plate platitudes that, when analyzed, commit to nothing because they’re designed to look inclusive and inoffensive. 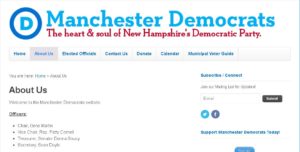 Gene Martin is not the erstwhile newcomer to politics who volunteers his time to help non-profits and serve in community organizations.  Reading his social media and the many mail pieces that hit my mailbox on the primary, I was looking to see if he would disclose who he really was.  In truth, at the beginning of the campaign, I knew nothing of him until I was told who he was.  At that point, I made the decision to see if he would truthfully disclose who he was or if he’d use his lack of notoriety to try on pull one over on the public.

Sadly, Martin hasn’t told anyone who he really is and he can’t because of the carefully constructed image he’s presented to the electorate; an image that portrays himself as a newcomer, an honest broker who is just concerned about the city’s schools; someone who is focused on working with everyone to problems solve and restore civility in the process.

It’s an intricate lie that relies on what’s not said to give credibility to what is.

Gene Martin is the Chairman of the Manchester City Democratic Committee and has been a long time Democratic Party activist.  He’s sat at the feet and served at the altar of NH Democratic Chairman Raymond Buckley, who is as well known for his particularly threatening, vicious and demeaning political and campaign tactics as he is for his ability to organize and message. 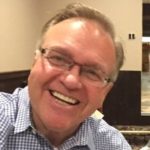 Martin has apparently taken a page or two from Buckley’s book.  Not only has he not disclosed his chairmanship of the City Democratic Party, there’s no hint of his party affiliation at all on any social media, including the Facebook page he created to support his campaign.  All we get are the family pictures, scenes from the campaign trail, community affiliations and the meaningless platitudes.

Perhaps you’re asking why this matters.  Well, here goes:  If Gene Martin is willing to hide his very partisan background in order to fool you into thinking he’s someone he’s not, what else isn’t he telling you now and what won’t he tell you in the future in the hopes of fooling you again?  Let’s not play games here.  As a Republican, I received three mailers from Martin in the primary, none of which identified his party position, ties or loyalties.  Clearly, he’s hoping Republicans will vote for him by withholding this information.

As if that’s not enough, there’s more.

During the time the Board of Mayor and Aldermen was considering whether or not it should order the question of keeping or repealing the city’s tax cap on the ballot, Martin was actively calling the Democratic aldermen to demand that they vote against putting the question on the ballot.  One would think, given the Democrat’s passionate hatred for the tax cap, they would rush to put it on the ballot.  Martin’s take was very different.  As one alderman told me, Martin said:

If the tax cap is on the ballot, it will draw the wrong people to the polls and hurt Joyce’s (Mayor Joyce Craig) reelection chances.  We definitely don’t want that on the ballot!

Then there are his campaign reports.  Clearly, he’s used his party perch to raise an eye-popping amount of money, nearly $20,000 in the primary, from Democrat partisans.  (He’s still not published his pre-election report for the General Election, which is supposed to be filed 10 days in advance of Election Day.)  Donations come from as far away as California and there’s a whole bunch from Washington, DC and it’s tony Democrat suburbs.  His campaign contributor list reads like a who’s who of the Democratic Party Establishment and labor unions.  Follow the money.  It’ll tell you the issues he’ll raise, the positions he’ll take and the votes he’ll cast. 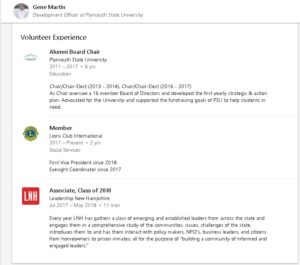 He’s remained integrally involved with the city party while campaigning for this seat, too.  The party’s campaign finance reports show that pretty clearly.  Both Martin’s and the Democratic Party’s reports show large sums of money paid to out of state businesses that work exclusively with Democrats, buy the way.  So much for contributing to the local economy by spending your money at local businesses that pay local families, friends and neighbors.

It is dishonest, at best, for Martin to portray himself as free and clear of any partisan biases or entanglements while pulling the puppet strings on the Democrats whose reelection campaigns depend on help from the party for which Martin is the Majordomo.  He will be no less the Party Boss if elected to the school board.  In fact, he will be more dangerous as he’ll be able to operate with inside information and, as we learned from the tax cap ballot issue, he’ll put the political considerations of Joyce Craig, if reelected, himself and the Democratic Party above the best interests of those he’d be elected to serve.

The Tax Cap: Martin to Dems–it will bring the “wrong people” to the polls

One has to also wonder what happens if he gets elected and Victoria Sullivan is elected mayor.  Will he really work with someone he as so stridently opposed in past elections?  Or, will he continue with his politically motivated decision making and “resist” Sullivan for no reason other than politics?

One thing is for certain if Gene Martin is elected to the Board of School Committee:  Politics and party agendas will come before all else.  Doing what’s best for the partisans on the board will come before doing what’s right for the people who vote, pay the bills and send their children to school and the children themselves.  We’ve seen that movie already.  It doesn’t end well and inflicts a lot of needless pain and suffering on the kids along the way.

WARNING: The Feds now want to analyze your child’s social and emotional makeup