In his campaign brochure, at-Large candidate for school board Jim O’Connell writes:

Families know that I have been the strongest advocate for Manchester schools for more than a decade. 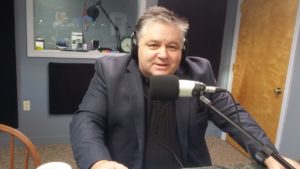 I know this because after leaving a  negotiations session at the school district office, I found his palm card on my truck’s windshield.  In fact, I found it on EVERY windshield in the parking lots adjacent to West and its athletic complex.  Who parks there, you might ask.  The vast majority of the staff at West High School along with the vast majority of those who work in the district office, which now occupies a floor at West.  My bet is that every school parking lot received a visit from O’Connell’s campaign ferries, leaving their pixie dust fliers in their wake.

Aside from the fact that such leafleting violates both district policy on solicitation and city ordinance that forbids such activity on public property, such an shows who Jim O’Connell is really running to represent. 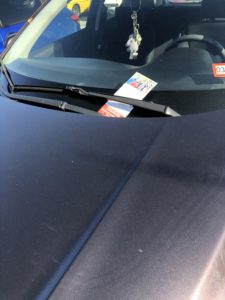 His statement about what “families know” is typically self-serving.  He can’t help but put himself in the spotlight.  Many a time, he’s skulked around the back of the Aldermanic Chambers, waiting for the “last” public speaker to address the board so can then answer the call made for “anyone else wishing to speak?”  He loves to get the last word in and does his level best to try.  Until recently, that three minute time limit was for other people.

O’Connell’s one of those who believes the people who disagree with him do so because the genuinely don’t want what he want’s.  There is only the “truth” that Jim O’Connell preaches.  Any fact, perspective or approach that differs from his is evidence to him that its holder doesn’t “care as much” as he does.  In fact, it often means they’re intent on “destroying” public schools because they have a “political agenda.”  HIS agenda is the only non-political one that’s about the students, unless, of course, you happen to agree with him.  If you do, then you become part of his echo chamber.  If you don’t agree with Jim O’Connell, your a no good enemy of public schools. 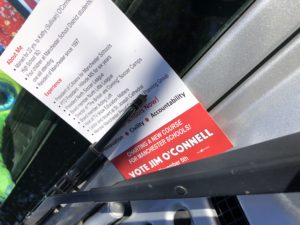 O’Connell’s a Johnny One Note.  For him, it’s all about the funding.  He sees no economy of scale, he has rarely, if ever, questioned how things work or could work better.  He won’t even have a discussion with anyone who first does not accept his belief that the only problem is Manchester doesn’t spend enough money on its schools.  For all his preaching before boards, he has never once offered a new idea, raised a question or otherwise challenged the status quo of how things go.

He’s been almost as big a wrecking ball hitting the district’s reputation as the Manchester Education Association.  Both routinely heap scorn upon the school board for all the things it doesn’t provide to the staff and students:  the materials, supplies, technology, “resources,” programs…the list goes on.  He curries favor with the teachers by solely attributing the good things happening to their heroic efforts on behalf of the children.  He’s gone so far as to label as “hypocrites” those board members “who stand and applaud student achievement at board meetings” while refusing to provide adequate funding.

To the degree he discusses parents, citizens or taxpayers, it’s usually to complain they’re either not doing enough to demand more for their children or that they’re unwilling to part with more of their hard earned cash to meet his spending demands.

He’ll let no fact get in the way of his political diatribe, either.  I have made multiple offers over the years to give him some history that would enlighten him as to how things evolved with the schools.  He’s never taken me up on the offer.  Fine.  It’s not like I don’t have other things to do.  That said, he persists in saying things that aren’t true and his avoidance of factual information from people who know better allows him to remain blissfully uninformed so he can continue to perpetuate the falsehoods that advance his agenda.

Manchester Teachers: Jim’s “all in” for a “fair contract.”

His advocacy for a “fair contract” for the teachers is particularly vexing.  Despite the very public and detailed information that has been released about negotiations with the teachers, he pretends it’s never been released, towing their line about how unacceptable it is that they still don’t have a contract after “all this time.”  There is no acknowledgement of the actions the MEA took that have PREVENTED negotiations from happening for 13 of the last 19 months.  There is no acknowledgement of the information that’s been released or the efforts they prove were made to address their many requests.  There is no recognition that the teachers, to this day, have refused to release their proposals.  The only thing Jim O’Connell recognizes is that the Special Committee on Negotiations and the Board of School Committee don’t “value our teachers enough” to give them a “fair contract,” which, incidentally, implies he also doesn’t acknowledge the amount of money the district was given to settle the contracts it has to settle with the teachers and it’s five other unions.

O’Connell’s answer to a teacher proposal that would have cost half a million dollars MORE than the total amount to settle ALL of the contracts?  They deserve it, find a way to pay for it.

Which gets us back to where his leaflets were dropped–a parking lot used by school teachers.  Vote for me!  I’ll get you the money you need and want!  That’s the message and it begs a pretty big and honest question, which is, if he wants more funding for the schools, why isn’t he running for alderman?  The school board doesn’t appropriate money.  It allocates what it gets.  He can carry on all he wants about the need to have more money as a school board member, but he won’t get a chance to vote an any appropriation.  If he were serious about getting more money for the schools, wouldn’t he run for the office where his vote could affect that outcome?

If elected, Jim O’Connell will represent the unions who want more money, the Educrats that want more money, the affiliated and other special interest groups who run programs that want more money and, of course, the students who “deserve” as much money as he can convince people to spend.  Where will that leave you, the citizen and taxpayer that’s not interested in being the personal piggy bank for Jim O’Connell’s pet causes?  Where will that leave you, the citizen and taxpayer that believes you’re money could be better spent and probably should be before you’re made to surrender anymore of it Jim O’Connell and people like him who believe all of our problems could simply be solved by spending untold sums of more money?

It leaves you where you’d expect:  Out of cash with no end in spending in sight and results that likely won’t bear out the efficacy of such spending because those who see spending as the only problem are the least likely and last to come to the table with an eye toward improving district operations.  Having been that person focused on challenging the status quo and fighting to change things that improve efficiency, effectiveness and responsiveness, I can tell you it only earns you the scorn of people like Jim O’Connell because, in his intellectual dishonesty and laziness, it’s much easier to just spend more money.