Claiming “high risk” behavior by irresponsible citizens threatens the health of city staff and elected officials, Manchester Mayor Joyce Craig (D-Ward 1) and at-Large Alderman Dan O’Neil (D-Ward 1), Chairman of the Board of Mayor and Aldermen, announced that all meetings of the board and its committees will be remote “until further notice.”  That announcement was made less than twenty four hours before tonight’s meeting of the Committee on Administration and Information Systems at which an ordinance requiring masks be worn across the city will be considered.  If approved, the full board is expected to vote on the measure at its meeting on Tuesday, October 20, 2020.  A scheduled meeting of the committee was canceled in September by Chairman Tony Sapienza (D-Ward 5), who could not attend due to a schedule increase. 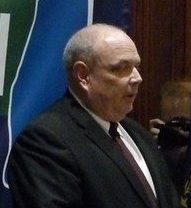 A protest outside of City Hall before a prior meeting that was expected to take up the matter drew a large crowd opposed to the mask mandate, led by District 20 state senate candidate Carla Gerike (R-Manchester).  City officials likely anticipated a large turnout opposed to the mandate at tonight’s 5:00 PM meeting of the Committee on Administration and another large turn out of those opposed to the measure for tomorrow night’s 7:00 PM “public participation” meeting in the Aldermanic Chambers.  Craig condemned members of the public who attended the October 2, 2020 meeting, complaining that some didn’t wear masks and others failed to properly social distance.  She accused some of “purposely engag(ing) in high risk behavior.”  She even accused some of being out of towners who used false names, making it impossible to do “contract tracing” in the event of an outbreak.

The ordinance was first broached by Public Health Director Anna Thomas in August.  At the time, she gave the Board of Mayor and Aldermen a “heads up” that she would be bringing an ordinance forward at the direction of the Board of Health, which is a public body subject to RSA 91-A, the state’s Right to Know Law.  Given that the last posted meeting of the Board of Health was in February 2020, there’s a legitimate question as to how it is legally possible for the board to have directed Thomas to develop and present an ordinance at any time between its last meeting and now.

Craig has been an unabashed supporter of the proposal, which imposes a fine of up to $1,000 for anyone found in violation.  Under questioning from aldermen, Thomas has said that she doesn’t want people to be fined and doesn’t expect than anyone would be forced to pay a $1,000 fine.  She blamed state statute for the amount, noting it was an “up to” figure.  She said she wants the ordinance to “educate” people about the importance of wearing masks.  “I just want people to wear masks,” she said.  The ordinance would enable users of the city’s Manchester NH Connect app. to anonymously report those in violation of the ordinance to fire and health department personnel, who would then be dispatched to address the problem. 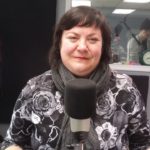 Manchester officials in support of the mask mandate point to the city’s rising number of cases, arguing that the city’s test positivity rate is double that of the state.  What they don’t say, however, is that at 2%, it’s well below the threshold used by the CDC to determine there’s general “community spread.”  As of this writing, there are approximately 80 active cases in this city of about 120,000 people and one quarter of them are in nursing homes.  More than eighty percent of the city’s deaths have been nursing home residents, who’ve accounted for about 40% of all the city’s cases to date.  Moreover, the city of Nashua, the state’s second largest city, which imposed one of the most stringent mask mandates in the country about two months ago, has seen its test positivity rate skyrocket to four times the state’s over that period of time, which begs the question as to whether or not such mandates help or hurt the spread of the virus.  Nashua’s positivity rate is double Manchester’s.

Generally, the increase in COVID cases is attributed to the increase in COVID testing around the state, largely a result of college student testing.  The data also shows another upswing in “long term care facilities,” which are nursing homes and assisted living facilities.  Despite this, the state’s positivity rate has remained steady at around 1%.  There are fewer than 20 people hospitalized for the virus around the state.  The only reported “outbreak” in the city currently is at St. Theresa’s Manor, a nursing home.  All this begs this question:  If no place has had mask requirements longer or more restrictive than nursing homes, where staff and residents are required to wear masks, what is the evidence that masks sufficiently retard the spread of the virus so as to warrant the general imposition of a mandate?  If closed environments like nursing homes, where all are required to wear masks, where all entrants are screened, sanitized and have their temperatures taken are still vulnerable, what is to gain by forcing the general public, the vast majority of which do not visit nursing homes for any reason, to wear a mask?  If nursing homes account for a significant percentage of the increased number of cases, how will forcing the general public to wear masks with a mandate that, if violated, could result in a $1,000 fine, address this?

Now, on the eve of a critical committee hearing and the day before what could be a vote by the full board to impose a mask mandate, Mayor Craig and Chairman O’Neil have removed all of the Board of Mayor and Aldermen meetings from public view “until further notice” for “the safety” of all.  Really?  Really.