Think about it.  A dozen senators and more than 140 members of Congress had lined up to challenge the electors from several contested states, including Arizona, Georgia, Pennsylvania, Michigan, Nevada and Wisconsin.  Each challenge to a state required members of the Senate and the House of Representatives to retreat to their respective chambers for up to two hours of debate on each challenge.  At the very least, this would give those with concerns about the election  the opportunity to put the evidence from each state into the official record.  It would also cause those who would turn a blind eye to the evidence of foul play to justify themselves.  Both would, therefore, be enshrined in the annals of history for all to witness, debate and pass judgement on.

Not even half way through the debate on the challenge launched against the electors from Arizona, word was shouted on the Capitol steps that “Pence has certified the vote.”  From there, things went badly. 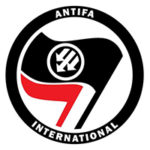 I know people who were there.  I have heard multiple interviews and seen multiple videos, including some that are no longer able to be found.  In this all, there emerged a theme.  Yes, the crowd was infiltrated by Antifa and other paid professional agitators.  Several I spoke with or watched described people who didn’t seem like they quite belonged.  They wore vests, dressed in black, had helmets.  One person said they saw someone who looked like he had “riot gear” under the Trump shirt he ripped off.  A video I should have saved but didn’t showed a Trump supporter confront and stop a man wearing black with a crowbar as he smashed in a window on the Capitol Building.  I can’t now find the video.

The attacker fled the scene, though he’d demolished the window.

In multiple interviews, witnesses said the barricades weren’t overrun, they were opened by police, as were the doors to the Capitol Building, through which protesters streamed.  This interview with an eyewitness details much of this comprehensively. 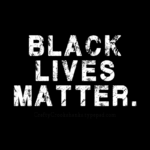 Once the agitators lit the fuse, others unfortunately followed.  Some have come forward to express regret and being swept up in the sentiment at the time, apologizing to the President and the nation for their behavior.  Many have rightly been arrested.  More will and should be.  Unlike what happened with the BLM and Antifa riots across the country this summer, where hundreds of police officers were hurt, thousands of businesses destroyed, billions of dollars of looting and property damage were had, they will be prosecuted and they should be.

Never ones to let a crisis go to waste, the Democrats and their accomplices in the “legacy media” have shared their collective horror at what took place, decrying the violence.  These are the same people who praised the “peaceful protests” or the “mostly peaceful protests” that rocked the country from sea to shining sea all summer long.  To the degree they acknowledged any violence, it was excused as “justified” and the “inevitable result” of not hearing the voices and pleas of that aggrieved group of people.

Republicans and conservative media also condemned the violence and, consistent with their calls over the summer, demanded that the culpable be brought to justice; none more forcefully than President Trump himself.  They were, in a word, consistent.  Despite tens of millions of Americans believing their voice was being stolen from them with this election, there was no sympathy for the violence, which, according to the Left, is the inevitable result of not listening to the people. 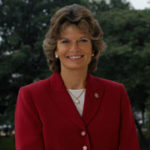 Democrats and their scribes in the media were quick to condemn President Trump for “sedition” by “inciting” his followers to attack the Capitol.  That narrative has been hyped hysterically all over the media.  Even some Republicans have joined the chorus against the President, calling on him to resign.  Sen. Lisa Murkowski (“R”-AK) indicated she would even vote to convict him if impeached by the House because she wanted him gone. 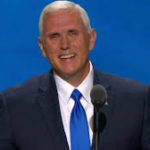 Of course, not one media report has quoted the words that allegedly incited violence nor have they shown any offending clips, probably because there wasn’t anything to quote or play.  You can watch for yourself here.  In short, nothing he said was a incitement to violence.  There wasn’t even a basic call to action, unless you take his urging Vice President Mike Pence to do the right thing and return, as some legal scholars suggested, the electors from contested states to their respective legislatures seeking clarification as to whether they accurately represented the state.  While Pence indicated he wasn’t going to do that, he never got the chance as chaos consumed the Capitol shortly after the first challenge was launched. 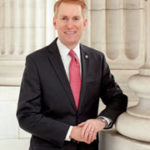 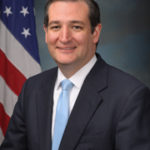 Also lost in the mayhem was a bid led by senators Ted Cruz (R-TX) and James Lankford (R-OK) to stay the count for ten days in order to have a commission investigate what happened in the contested states; after which the votes would be counted even if the investigation had yet to conclude.  That was another avenue President Trump could have used to present evidence of the fraud allegations to the country. 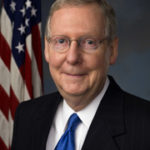 After order was restored, Senate Majority Leader Mitch McConnell (R-KY) successfully derailed efforts to challenge the votes of all but two fo the swing states:  Arizona, which had already started, and Pennsylvania which Senator Josh Hawley (R-MO) had pledged to challenge.  The violence was just the hammer McConnell needed to stop what he never wanted to happen:  Challenges that would put the issue on the record for time immemorial. 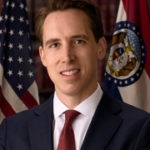 Largely unreported is the fact that President Trump called out the National Guard to remove the protestors from the Capitol Building and disburse the protestors.  He tweeted for the crowds to go home, reminding his supporters that they are the ones who stand by and respect “our great law enforcement.”  A video he published urging people to disburse, to cool off, to act respectfully was taken down by Facebook and Twitter.  In calling for calm, Trump said “we can’t play into the hands of these people.”  Apparently, this, along with the reference to the election being stolen, would further “incite violence” because he “identified” with the pain of having an election stolen.  He’s now banned from both platforms.

So, we are now back to the original question asked in this article.  Is this what President Trump wanted?

Did he want to lose the opportunity to have the evidence of fraud in those infamous six swing states presented in the House and Senate?

Did he want to lose the opportunity to debate having a commission take 10 days to investigate what happened in those states?

Did he want to damage the movement he so carefully and forcefully built?

Did he want property to be destroyed?

Did he want people to get hurt or be killed?

Did he want his presidency to end with a scar that anybody would know would be had if things went bad?

Did he want to be banned from social media?

Did he want to lose any sympathy from anyone over the outcome of an election that any objective person would see had any number of questionable issues and problems?

The answer to all of the above is a resounding “no.”  The last thing President Donald J. Trump wanted was for it to end this way if it had to end at all.

Hindsight being 20/20, (I, for one, am glad 2020 is now in hindsight, though I’m concerned 2021 will actually be worse.) the President should have known that agitators would have invaded his rally and not held it.  Yes, it drew an estimated 1.5 to 2 million people to Washington, DC.  Unfortunately, not all of them had good intentions and it only took a few to destroy Trump’s momentum and discredit, at least for now, himself and his supporters.  He should have stuck to the original plan, or what was thought to be the original plan, and hold a massive rally in Florida opposite the inauguration that should have been his.  Maybe he still will.  Everybody is still watching.