Under the Golden Dome

Browse the Under the Golden Dome show archives.

In this segment, State Representatives John Burt, representing Goffstown, Weare and Deering and Victoria Sullivan, representing Manchester Ward 9, give us the inside scoop on what’s happening “under the golden dome,” which is how we refer to New Hampshire’s historic State House.  Find out what you won’t read in the papers because they have the inside track on who’s doing what and why, ONLY on Girard at Large! 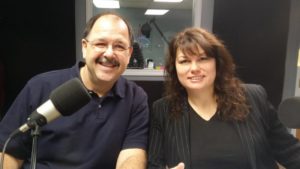 About Victoria and John: