Pictured above:  The site of yet another voter fraud nest in NH; this one in Manchester’s Ward 1.

Shouldn’t the campaign manager for Jenn Alford-Teaster be voting in New York, where she is a legal resident, not NH where she’s a temporary campaign worker?

From the recent Absentee ballot requests from Manchester Ward 1:

Vedika Gopal is, according to all public documents available, from Yonkers, NY. To be specific, her address is that of her parents and a sister who also has campaign experience.  She worked on a political campaign in Illinois. 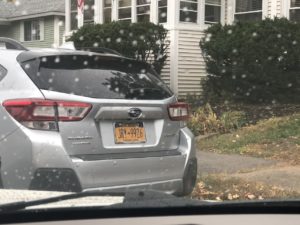 Vedika’s vehicle.  Click to enlarge.  The Smith Cairns dealership is located in Yonkers.

It looks like Gopal has been in NH five months for the Alford-Teaster campaign.  So, what is she doing driving around in a car with NY plates if she’s voting as a legal resident of NH?  Right out in front of and in the parking spaces of 436 Walnut is a car with NY plates and a dealership plate frame from Yonkers, NY.

When they had the chance, NH Democrats in the General Court stripped away the part of the official NH voter registration card where the applicant states the place they last registered/voted. That applicant statement would be immensely helpful in discovering where our new NH voters are coming from.  That info is now only available to Secretary of State Bill Gardner.  Starting in 2016, he directed election officials to write on the checklist the state of the driver’s license used by the same day registrant.  There were 5,000 drive-by voters from that single General Election Day in 2016.

Now, in 2020, one has to do some leg work to get simple voter information – readily available in many other states.  Example: this morning I saw another Democrat campaign worker pop out of 436 Walnut and get into a car with Massachusetts plates. 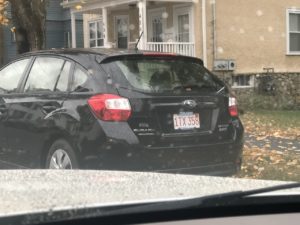 This morning, the town clerk of Boxborough, MA sent me a voter history on another 436 Walnut St. campaign worker.

I know there is another campaign worker in there because three people voted from 436 Walnut and there are three out-of-state cars parked beside the residence.

Here is the law regarding registering vehicles, which is when you become a legal, domiciled, resident of New Hampshire:

263:35 Nonresident Who Establishes a Residency in the State. – Notwithstanding the provisions of RSA 261:44 or any other law to the contrary, any nonresident driver of a motor vehicle who holds a valid driver’s license in another jurisdiction, upon the establishment of a bona fide residency in this state, shall have a maximum of 60 days from the date his residency was established to obtain a driver’s license issued by the state of New Hampshire. 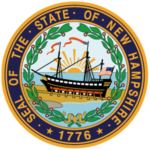 It’s only the law…

And if you think you can get away with using mommy’s car to campaign in another state:

For purposes of the provisions of this title relative to registration, any person holding title to a vehicle, or having exclusive right to the use thereof for a period of greater than 30 days;…

In English, this means Vedika Gopal has been in NH working for Jenn Alford -Teaster since June and it looks like she is behind the eight ball in paying her car registration fee.

That leads to the next question.  Since adopting her “new domicile” by voting absentee from the address of a rental unit at 436 Walnut St. in Manchester, with two other campaign workers, has she acquired a NH driver’s license?  I have a friend who is moving back to NH from DC and she has to pay $400 to register her car for part of the year; and get a NH license.

Next question: Who holds the lease on the upstairs unit at 436 Walnut St?  There are three non-related campaign workers staying there and using that address to vote.  One of the three Democrat campaign workers has an apartment in Massachusetts with her sister.  That sounds expensive for a gig like running a NH State Senate race.

Vedika Gopal has been in NH for five months and all she has done to establish a legal domicile – is nothing, from what I see.

Anyone can “establish a presence” anywhere.  But to establish a domicile and vote legally requires a few extra steps more than just showing up.

This mess could have a simple explanation. I am waiting to hear it.

Her Blackness Is A Black Mess