Former Hooksett School Board member John Lyscars has filed a Right to Know request with the Manchester School District’s Human Resources Director Pamela Hogan asking for information on board members who take taxpayer provided health and dental benefits.  As the request was made on Monday, the district is obligated to respond to Lyscars in some fashion by the end of the day today, given the requirements of the law.  Lyscars is asking which members of the board are receiving any type of health or dental benefit and the cost to the district for each member’s benefits. 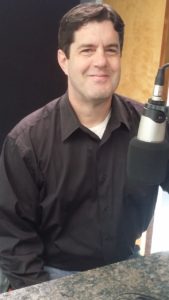 The request came a day after a dust up between Lyscars and Manchester school board members Ross Terrio of Ward Seven and John Avard of Ward Ten on social media.  Lyscars took Terrio, who in the past had voted against giving board members benefits, to task for voting against a recent motion made by at-Large board member Rich Girard to eliminate board member benefits for the coming term.  In response to Avard, among others, who basically told Lyscars to pound sand because he wasn’t a Manchester resident, Lyscars said said that as a Hooksett taxpayer, he objected to the tuition the town paid for its student’s education going toward board member benefits.  It went on from there.

We’ll see what the district provides and will certainly report on it once received.  We’ve linked to the entire exchange from this news read at Girard at Large dot com, in case you’re interested. 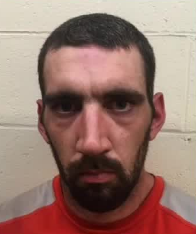 Another drug dealer is being prosecuted for murder after one of their customers died of an overdose.  New Hampshire Attorney General Gordon J. MacDonald and Weare Police Chief Sean Kelly announced the arrest and arraignment of twenty nine year old Stephen Benoit, of Manchester, for selling the fentanyl which twenty eight year old Christopher Gagne of Weare, overdosed with on November 5th.  The Weare Police Department has been investigating Gagne’s death since then.

Benoit was arrested on Wednesday and arraigned yesterday in Goffstown District Court on a single complaint alleging he knowingly sold a controlled drug to Gagne, and that Gagne died as a result of using the drug.  Benoit’s bail was set at fifty thousand dollars cash only with various conditions.  He is scheduled to appear for a Probable Cause Hearing at Goffstown District Court on September twentieth.

As you know, we normally don’t do police stories, but this one’s too interesting not to do.  There are some tough old birds in Manchester, but this one’s got to take the cake.  Fifty six year old Eugene Gonzalez of Manchester and sixty five year old Pamela Martin were arguing yesterday morning at about a quarter past one on the corner of Union and Hanover streets, drawing the attention of police officers Pauley and McGowen, who were on patrol in the area.

As the officers approached the pair, Gonzalez  tossed a black kitchen knife onto the lawn and noticed that Martin was holding machete.   Martin told the officers that she was walking when Gonzalez, whom she did not know, approached her with a knife in hand and told her that he was going to meet the devil in hell and threatened to cut her leg.  Martin unsheathed her machete, which she told police she carries for protection, to defend herself.  Gonzalez was taken into custody and charged with Felony Criminal Threatening and Felon in Possession of a Deadly Weapon.  Looks like he’ll have to wait a bit longer before he gets to see the devil in hell.

Who is the highest paid superintendent in New Hampshire?  Well, if you think it’s Manchester’s Dr. Bolgen Vargas, who sits atop the state’s largest and, by far, most complex and challenging school district, you’d be wrong!  It’s our good friend Emperor Earl Metzler of S A U 5 5, whose pay has skyrocketed along with the Timberlane and Hampstead school budgets he’s overseen.  Metzler made one hundred sixty five thousand nine hundred nine dollars, topping Vargas by nine hundred nine dollars.  Hanover Superintendent Jay Badams tied Vargas’ compensation at one hundred sixty five thousand dollars. 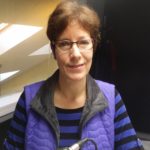 Timberlane Regional School Board Member Donna Green blamed Metzler’s meteoric salary on the inability of taxpayers to approve S A U budgets, pointing out in a blog post that while voters approve budgets for individual districts, they have no say in the S A U budgets that are responsible for providing districts with administrative services.  We’ve linked to her blog, as well as the Superintendent Salary Survey just released by the state Department of Education.

Meanwhile, education advocates and parents are raising questions in New Hampshire’s first city, Rochester and in other communities over the troubling collection of data on students.  In a social media post, Cornerstone Education Liaison Ann Marie Banfied shared information from a parent in Rochester questioning why her child’s elementary school teacher was digitally tracking when her child asks to go to the bathroom, go to the bubbler or see the school nurse.  According to the parent, virtually every movement the child makes is being, quote

“put into a computer program for mom, dad and all of the child’s other teachers and school staff to see.”

Of that, the parent said, quote:

“I don’t care how you feel about behavior tracking in the classroom.  Digitally time stamping whenever your kid has to pee is WRONG.” 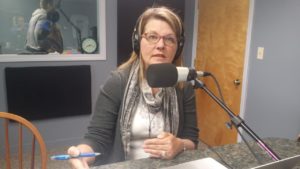 In sharing the information, Banfield said she wasn’t surprised and questioned where the information ultimately ends up, writing that a student she knows in the Sanborn Regional School District told her her behaviors were tracked and included on the transcripts the high school sent to the colleges she applied to.  Banfield urged parents to query their kids schools to discover what behavioral information was being collected on their children, why it was being collected what it will be used for and where it will be sent and stored.