New Hampshire Attorney General Gordon J. MacDonald and D M V Director Elizabeth Bieleki have issued a fraud alert warning about an email scam.  The fake D M V email notifies the recipient that they were cited with a traffic violation and it demands payment of the fine within 7 2 hours.  The scam email contains links for “easy pay” or to contest the fine.  The email originates from the scam email address “violations at citygovernment.co.gov.”

The Division of Motor Vehicles does not notify drivers of violations through email, nor does it email requests for payment of fines.  Any person receiving this email should exercise caution. (Just delete the thing, already!)  Officials say don’t click any of the links in the scam email as it could infect your device with malicious malware.  Don’t open any attachments, either.  You’re doomed if you do.  Finally, never provide your personal or financial information unless you have confirmed the person or organization requesting that information.

The curious can confirm whether or not they have outstanding traffic violations by calling the D M V at 2 2 7 4 0 0 0.  The Attorney General’s Consumer Information Line is 1-8 8 8 4 6 8 4 4 5 4.  We have the link to their online consumer complaint form with this news read at Girard at Large dot com. 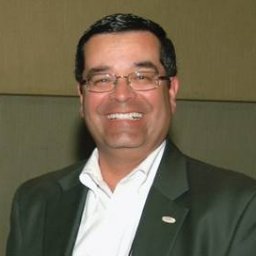 Negron: Makes it official in CD-2

New Hampshire State Rep. Steve Negron, Republican from Nashua, a small business owner, military veteran and community leader, has announced his campaign for Congress in the Second District.  That seat is currently held by Ann McLane Kuster.  The campaign’s website, Negron 4 Congress dot com, includes an announcement video with more about him and the campaign.

“As I explored this race for Congress, I consistently heard about the need for tax relief, job creation, bureaucratic accountability, and the reform of a broken culture on Capitol Hill. The time is now to bring the voice of New Hampshire to Washington and make sure we deliver results for all Granite Staters.

40 Days for Life is inviting the faithful to attend a candlelight prayer vigil tonight at 6 on the sidewalk outside of the Planned Parenthood Abortion Clinic at 24 Pennacook St. in Manchester.  Organizers say they will pray:

Pastor Don Colageo, of Immanuel Lutheran in Manchester, and Fr. John Brancich, of St. Stanislaus in Nashua, will lead vigil participants in prayer.

Governor Christopher Sununu will be at Theo’s Restaurant on Elm Street in Manchester this morning, headlining a fund raiser for the Manchester City Republican Committee.  The coffee pours start at seven thirty and breakfast starts at eight.  Tickets are twenty five bucks per person and  I’m sure they’ll take you at the door so long as you have cash in hand.  The city G O P has lagged behind it’s Democratic counterpart in fund raising.  It’s not reported raising any money so far in this campaign, while the Democrats have raised over thirty two thousand dollars.

In another sign of life, the city G O P has launched what it’s calling the Craig Calculator.  If you go to Craig Calculator dot com and type in the amount you currently pay in taxes, the calculator predicts how much you’ll pay in taxes if Joyce Craig is elected mayor.  It looks to me like the numbers mirror the four and half percent tax hike the city got when Craig engineered the first ever override of the city’s Tax Cap.

Renters worried about being left out of the equation can take heart in the rental tax calculator on the site.  It adds a nine percent tax to rent paid by tenants based on a 2 0 0 8 memo Craig, then a school board member, gave to the Board of School Committee introducing what she called quote

“a list of creative ideas that have been raised by parents, community members, teachers and principals.”

In bringing the memo to the school board, she called the ideas quote “great.”  Among the other ideas she called great were surcharges on civic center event tickets and airline tickets at Manchester Airport.

According to published news reports, they’re now not great, they’re “deceitful,” “deceptive” “lies” being told about her by Mayor Ted Gatsas and the city G O P.