In a statement issued yesterday, Governor Christopher Sununu disclosed he and Drug Czar David Mara, who was a guest on our show yesterday, met with Manchester Mayor Ted Gatsas earlier this week to discuss Manchester’s efforts to combat the opioid epidemic.  He said the meeting with the mayor and other city officials was productive, acknowledging that the city had become a “regional access point” for thousands of people suffering from substance abuse.  Referencing the city’s Safe Station program, Sununu said it was quote “imperative that the state support these services” and announced, quote:

“We worked to secure adequate funding to help ensure the immediate needs of the Manchester Safe Station program and Serenity Place and assuring the continuation of this critical partnership.”

Sununu also commended the city’s fire department for its work with Safe Station. 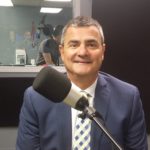 Gatsas has often pointed to Safe Station stats showing that roughly two thirds of those who seek help have come from more than one hundred twenty New Hampshire communities and sixteen states to advocate for state funding of the city’s efforts.  He issued his own statement thanking Sununu, Mara and Health and Human Services Commissioner Jeffrey Meyers for working with the city, saying the one hundred fifty thousand dollars committed by Sununu will assure the continuation of Safe Station and its necessary support services.  Gatsas said he was, quote:

“confident that as we move forward we will secure additional funding for the future.” 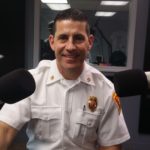 Manchester Fire Chief Dan Goonan chimed in saying that because over sixty five percent of Safe Station visits come from outside of the city, it was, quote:

“ important that the State of New Hampshire be a partner in the Manchester Safe Station program.”

At last night’s meeting of the Manchester Board of Mayor and Alderman, Mayor Ted Gatsas dropped a yuuuugh proposal.  Gatsas, with an assembly of public works officials and representatives of B F H J Clean Energy, presented a comprehensive solar plan for the Queen City.   In opening the presentation Gatsas said the proposal accomplished three objectives for the taxpayers.  Quote:

“First, it achieves sustainability goals.  Secondly, it generates real, long-term savings that will benefit the taxpayers.  Third, with this proposal Manchester is once again taking the lead in New Hampshire when it comes to the energy future of municipalities.”

O’Neil: When the proper process is the wrong one

The proposal consists of a twenty five-year power purchase agreement for ten megawatts of solar energy and the construction of a solar array on Mount Manchester, also known as the former city dump, that will generate at least three megawatts of power.  Gatsas said the power purchase agreement will provide up to a quarter of the city’s power and save taxpayers three point three million dollars over its term.  He said the city will lease the former landfill for at least sixty seven thousand dollars a year.

While Gatsas said the proposal was there to inform the board and be referred to the Special Committee on Energy Contracts and Related Activities, several aldermen wondered why it was there.  In giving kudos to the proposed project, former Lord Emperor Dan O’Neil, Alderman at-Large, questioned why it was there, claiming things like this usually go to committee first.  His repeated questions left an inference that perhaps this was a political stunt.

Ward Ten Alderman Bill Barry not only complained about it coming to the board, but complained that the mayor and public works officials had been working on the proposal for months without the board’s knowledge before bringing it forward, as if to suggest that something improper was being done.

Ward Five Alderman Tony Sapienza seemed annoyed that the construction of a solar array on city property and the power purchase agreement were combined into one proposal.  He complained that the aldermen had received no information on the proposal prior to that evening’s meeting.

Shea: All can question

Gatsas tried to calm these cranky concerns by reminding the board that no votes were being asked for, except to refer the matter to committee where board members would have ample time to vet the proposal.  Energy Committee Chair Bill Shea said he would allow any and all board members to participate in the committee’s meetings to ensure their questions were answered.

At-Large Alderman Joe Kelly Levasseur came to the mayor’s defense, essentially saying he didn’t care who’d been working on it or for how long or how it got to the board.  It was good for the city and that should be enough.

Will Manchester be home to HQ2?

Also at last night’s meeting of the Board of Mayor and Aldermen, the board voted to support letters written by Mayor Ted Gatsas, Airport Director Mark Brewer and Manchester Transit Authority Executive Director Mike Whitten to Amazon Dot Com, encouraging them to consider Manchester as the home of their second world headquarters, which is expected to provide fifty thousand jobs.  Gatsas said the letter’s weren’t intended to compete with the state’s efforts, details of which will be unveiled today by Governor Christopher Sununu, but to compliment them.  Londonderry has also made its own pitch to Amazon, using the vast swath of industrial land it has around the airport as a location point.

Be BOLD is calling ALL members of the Bedford community to “go red” in the fight against substance abuse.  The group is piggybacking on Red Ribbon Week, the annual national drug prevention initiative drawing attention to substance abuse prevention efforts.  Be BOLD believes this year’s campaign theme, “Your Future is Key so Stay Drug-free” aligns with their mission to raise awareness of prevention efforts.  Red Ribbon Week starts on Monday, the twenty third.

Be Bold is asking Bedford businesses and residents to display red lights and or red ribbons on their properties from the twenty third to the thirty first.  They suggested changing outdoor lighting or stringing lights where possible and placing bows where ever they could be seen.