You can tell when progressives have lost the narrative – the one about all Christians are hypocrites because they can not live up to the teachings of the Bible. We have all watched as the Media and left wingers who have diligently run the Democrat party into the rocks of socialism following that old technique. This fifty-year run has just about come full circle. 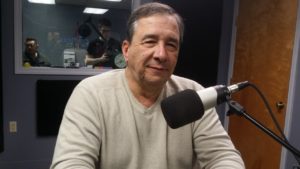 Take the Golden Rule Book of leftists – Alinsky’s Rules for Radicals. Have a look at #4.

“4. “Make the enemy live up to its own book of rules. If the rule is that every letter gets a reply, send 30,000 letters. You can kill them with this because no one can possibly obey all of their own rules.”

That number has taken a toll on conservatives 99% of the time. Until now, Clarence Thomas and Donald Trump are some of the only survivors of media driven sexual impropriety accusations.

Here we are in 2017 and suddenly Hollywood actors and moguls are actually being accused of sexual misconduct. Like that is a surprise.

Senators and Congressmen, sitting and potential, are next. Victims alleging sexual assault are coming out publicly with stories from 40 years ago.

The news media, specifically conservative talkers, have been thinned out pretty well already. The rest have been put on notice.

But the bloodletting seems to have no end. Has anyone noticed what is really going on with this “take any accusation at face value, no questions asked” purge of alleged assaulters?

Here is my take on it.

The media and elected officials are holding even hard left liberals, such as Weinstein and Franken, to a Christian standard of morality – a Christian standard of morality. I have always known the day would come. It looks like it is here. Fly-over Country has a gag reflex for unacceptable progressive behavior, sexual as well as smear campaign, after all and they have responded loudly.

Serial assaulter, rapist, and liar Bill Clinton was caught before his first election on the Jennifer Flowers answering machine telling her exactly how to lie about their 12 years long “relationship” (She was trying to earn a job in government – like Monica – like the Chappaquiddick gals.) and still he was accepted by media conditioned voters.

The media hid his first known victim of rape, problems with abusing an intern, and who knows what else, from voters so he could get re-elected. No Gloria Allred press conferences for Bill Clinton or his enabling partner in crime.

And now, out of the blue, perverts and assaulters, who happen to be progressives, are being held to a standard they themselves can never meet. Oh, how Saul Alinsky must be spinning in Hell. Can’t this new breed of Leftists follow a simple set of rules and not get caught up in their own web?

Or has the playbook of liberals and The Swamp become obsolete?

I think it has. Thank God.