According to numbers obtained this morning from West, Central and Memorial high schools, the city’s participation rate will be well below the 95% benchmark, at least in the high school grades.  We are awaiting updated information on the middle and elementary schools.

At West, the smallest of the city’s three traditional high schools, Principal Chris Motika reports receiving 23 refusal notifications.  Of the 209 juniors subject to the test, 11% have refused.

At the Central, the city’s largest high school, Principal John Vaccarezza, reports he’s received 41 refusal notifications.  Out of the 470 juniors subject to the test, that’s almost a 9% refusal rate.

The big story, however is at Memorial High School, where Principal Arthur Adamakos reports having received 197 refusal letters out of 366 juniors subject to the test.  That’s an astounding 54% refusal rate.

Overall, 25% of the city’s junior class has refused to take the test.  It should be noted that the refusal letters may cover more than one child, but administrators have not indicated whether or not any of the refusal letters cover multiple children.

Assistant Superintendent David Ryan told Girard at Large last night that there was no time limit on when parents could refuse their children’s participation.  That’s important as some principals sought to provide parents a deadline by which they must notify the school of their decision to remove their children from the test.  In short, parents may refuse their child’s continued participation in the Smarter Balanced Assessment even if their child(ren) already started.

Once updated information from the middle and elementary schools is received, we will release it. 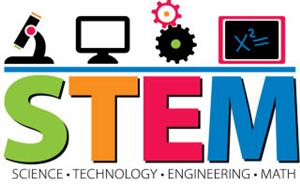