Several candidates released their pre-primary campaign finance filings on the day before the election and they’re providing some interesting reading.  While our analysis of their reports is not yet complete, we’ve developed a number of questions about fund sourcing.  The Manchester Police Patrolman’s Association, the Association of Manchester Police Supervisors and the Manchester Professional Fire Fighters Association have been particularly active in making contributions, however, they have not registered their political action committees with the Office of the City Clerk and have failed to provide any financial disclosure forms.  Ward 6 Alderman Garth Corriveau reported seventeen hundred dollars in contributions from those unions, half his donation total.  Ward 2 Alderman Ron Ludwig, whose son is a Manchester firefighter, received a $500 check from the firefighters’ union.  Ward 10 candidate for alderman, Bill Barry received five hundred bucks from the patrolmen and Ward 11 Alderman Normand Gamache, a retired firefighter, got five hundred bucks from the firemen.  The unions contributed heavily to Alderman Patrick Arnold‘s mayoral campaign, which we will be doing a separate report on in the near future.  The city’s charter requires PACs formed for the purpose of influencing city elections to register with the city and comply with the campaign finance disclosure requirements.  Thus far, only the Manchester Education Association’s Manchester Educator’s PAC has filed the necessary committee and disclosures.  They gave out a total of fourteen hundred bucks in the primary.  Seven hundred fifty of it went to Arnold’s campaign, one fifty went to Ludwig, whose wife is a teacher, Ward 2 school board member Deb Langton who is a teacher and school board member Roger Beauchamp whose running for alderman.  Barry and retired teacher and Ward 12 School Board candidate Connie Van Houten each got one hundred dollars.

Police in Merrimack are warning of a driveway seal coating scam working its way through town. They say the typical scam of pavers and seal coating companies going door to door has a new twist.  Instead of simply stating they just finished a job close by and were wondering if you would like them to work on your driveway for a cheap price while they’re still in the area, they’re now coming back the next day to say they lost their wallet which had your check and asking for a credit card to make payment, which they’re using a mobile swiper to charge.  Of course, they’re giving a discounted price for the use of the card given the inconvenience.  In one example given by police, a homeowner paid eight hundred bucks by check then another six hundred fifty by their credit card the next day.  The check had cleared and the card was charged.  The worst part is the victims don’t have any information with the company’s name, owners name or the involved parties.  Merrimack’s finest are reminding everyone to be cautious if approached by such people and to give your police department a non emergency call to report such solicitors .  They say they would like to meet these folks to find out if they have the proper permits to be peddling.  To avoid being scammed, Merrimack P D says:  1. Do not make quick decisions, 2. Always get a written estimate on what work is to be done,  3. Make sure the price is in writing, 4. Make sure you have info on the company like names and phone numbers and  5. Call better business bureau prior to picking a company.

Patrick Arnold‘s mayoral campaign put out a news release on election day decrying the theft of their signs at the Ward 1 polling place prior to the opening of the polls.  The author of the release detailed his dismay at discovering the dastardly deed that removed the signs he’d pounded into the ground just minutes before he returned to the polls.  Problem is that the signs were placed illegally on the property and were removed by the Ward Moderator.  Signs on polling place grounds must be held by a person and may not be free standing.  We brought this to the Arnold campaign’s attention and are awaiting their retraction of the release they sent to multiple media outlets and posted all over social media.  After all, they did cast aspersions in claiming to be a victim of what turned out to be their own mistake. 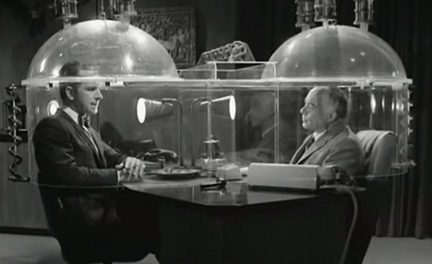