In a surprise move, the Pinkerton Academy Board of Trustees has granted the Hooksett School Board‘s request to waive the requirement that 75 Hooksett students attend the Derry school.  The Hooksett School Board approved a motion made by Vice-Chairman David Pearl to make the request.  Joining Pearl on the vote was Board Clerk John Lyscars and member Cheryl Akstin.  Board Chair Trisha Korkosz and member Phil Denbow, for unstated reasons, opposed the request.

Critics saw the move as an attempt to avoid potential election year commotion caused by parents being forced to send their children to Pinkerton if enough did not volunteer to meet the 75 student minimum.  Others thought it was an attempt by contract foes Pearl and Lyscars to prove that parents would not choose the school in sufficient numbers to reach the 75 student minimum in an attempt to damage the prospects of it being accepted by voters in March.

What remains to be seen, in light of this decision, is whether or not the board will continue with its previous action to assign all of the town’s 2014-2015 public high school freshmen to Pinkerton or whether or not they will overturn that action.  A controversial form was recently sent home to parents with a check off box for them to acknowledge that their student had been assigned to Pinkerton.  Critics of the form said it wasn’t clear that parents could both check off that box, which they felt unnecessary, and indicate the school they wanted to go to.  The form also required parents who were going to send their children to a private or other than approved other public high school were required to disclose to which school they would send their kids.

A recent survey of 8th grade students done to provide the Manchester School District with a required estimate of students revealed that 74 members of the outgoing 8th grade class wanted to go to school in Manchester.  That’s half of the number expected to go to public high school in the next academic year.   The Hooksett board has also approved secondary agreements enabling up to 40 freshmen to go to Londonderry High and 8 to enter Bow High.  An agreement expected to allow not more than 20 students to attend Pembroke Academy is pending finalization.

Pinkerton’s decision eliminates the likelihood that the Hooksett School Board would have to force town parents who chose a school other than Pinkerton to send their children to Pinkerton to satisfy the minimum student requirement; something not likely to go over well in the upcoming election for the three incumbent members who are not only up for reelection, but also the three who voted for the contract.

School Board Clerk John Lyscars praised the decision in a written statement and used the opportunity to urge the board to seek the elimination of the other minimum requirements in the contract to grant the same relief to parents of Hooksett students in the 7th grade and below.  Board Vice Chair David Pearl, who made the motion to make the request, said he was pleased with the decision and hoped it would leave the town’s parents feeling free to choose where they wanted their students to go and give the board un-pressured data regarding their desires.

At the time of publication, Hooksett Superintendent Charles P. Littlefield has yet to reply to our inquiry regarding the assignment of students.  Mayor Ted Gatsas was in a meeting.  This article will be updated based on their replies or as the situation warrants.  Below, we have published the email Girard at Large obtained with Pinkerton’s decision.

Please see the email below. I have spoken to Mary and essentially this gives us a waiver for this year. I will have Matt Benson share this with 8th grade parents.PhilDISCLAIMER: This e-mail is intended solely for the person or entity to which it is addressed and may contain confidential and/or privileged information. Any review, dissemination, copying, printing, or other use of this e-mail by persons or entities other than the addressee is strictly prohibited. If you receive this e-mail in error, please notify the sender immediately and delete the material from any computer.

Pinkerton’s Board of Trustees approved the Hooksett’s School Board request,

The number of 75 was not changed to any specific number. That means that the number of students who want to attend Pinkerton beginning in September will be able to do so and Hooksett will be responsible for the tuition for the number that attend.

If you need any additional information, please contact me. 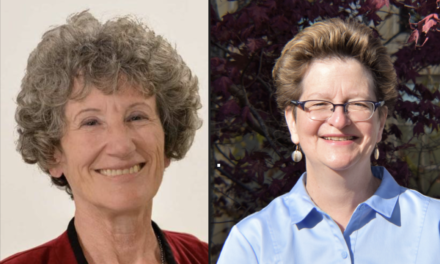