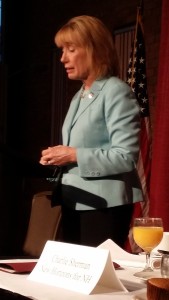 Her Highness the Governess Margaret Wood Hassan will deliver the State of the State Address to the General Court in the House of Representatives today.  Don’t be surprised if it becomes a stage for her senate campaign, as some critics and pundits expect.  The speech is scheduled to begin at one thirty and can be viewed live on Manchester Public T V Channel Twenty Two.  For those of you who cannot tune in, you can stream it live at Manchester T V dot org.

The N H Senate Finance Committee approved three bills in regards to the state’s heroin and opioid crisis.  The bills passed were S B 4 8 5 which establishes a program to provide grants to local communities for increased interdiction measures, S B 5 2 2 which upgrades the Prescription Drug Monitoring Program, and S B 4 6 4 which establishes a statewide drug court grant program.  In a statement issued yesterday, Senate Majority Leader Jeb Bradley, Republican from Wolfeboro, said he was proud of the work done and expected the full senate to pass the bills next week. 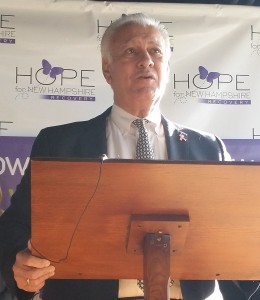 No doubt, this will bring a smile to the face of Manchester Mayor Ted Gatsas, who has, for months, battled to get drug court funding to help stem the tide of the drug epidemic and the crime it has fueled in the Queen City and beyond.  Gatsas, who has fought with the Hillsborough County Delegation over funding a county drug court, has said that while it’s not a total solution, it will help save lives.

“…Iran has become increasingly belligerent…increased its kidnappings and even ballistic missile tests, in violation of U.N. resolutions.  And now, the Administration has released $150 billion in frozen assets to Iran that Secretary Kerry says will likely fund the country’s aggression…I voted to prevent the President from lifting sanctions on entities helping to build to Iran’s terror industry.”

The third day of results from the University of Massachusetts Lowell and 7 News’ tracking poll is in.  Donald Trump’s commanding lead continues with 38 percent of likely Republican primary voters saying they’ll vote for him.  Texas Senator Ted Cruz and Florida Senator Marco Rubio received 14 and 12 percent respectively.  This is the first day the rolling three day tracking poll contains post-Iowa Caucus responses.  There was no change in support for either Trump or Cruz.  Rubio saw his numbers improve by two points.  (Note, results that came out after this news read was published are also found at the link above.)

In the Democratic primary, Bernie Sanders holds a 29 point lead over Hillary Clinton with support from a whopping 6 1 percent of those polled to Clinton’s 3 2.

Livingston: Facts at the time?

“It was a mistake…I apologize.”  That’s what Superintendent Debra Livingston said to the Manchester Board of School Committee at its meeting last night as the question of why the district added zeros to the city’s Smarter Balanced Assessment scores rose again.  Board Vice-Chair Arthur Beaudry pressed Livingston for an explanation as to how and why those zeros were added to the scores, saying it made the administration and the district look bad.

Livingston said she thought there was “miscommunication” and a “misunderstanding” and said the administration was trying to answer questions raised by the board.

At-Large Committeeman Rich Girard followed up on Beaudry’s inquiry, reminding Livingston that she told the board and the public that the state issued the zeros and asked how a big mistake like that could be made made.  Livingston said she “thought those were the facts at the time.”

Ward 3 Committeewoman Mary Georges essentially gave Livingston a mulligan on the matter, saying quote “We accept your apology, but we need to know you will not make a mistake like this again.”

In other actions last night, the board voted to again send letters to parents informing them of their right to refuse their children’s participation the state’s standardized assessments.  This year, the Smarter Balanced Assessment will be given in grades three through eight and the S A T will be given to eleventh graders.  Livingston said the letters will be sent to parents no later than Monday, February 8th.

The vote to send the letters came after Girard raised complaints he’d received from parents about high school guidance counselors and administrators at Memorial forcing students to register for the S A T.  Assistant Superintendent David Ryan confirmed that juniors are being required to sign up for the S A T, but said they will not being forced take the exam.  He said requiring registration was the only way to determine the number of students eligible to take the test and ultimately assess the district’s participation rate.  We’ll see about that.

In a related item, Girard asked the board to send a letter to the N H House Education Committee in support of H B 13 38 which would enshrine parental refusal rights, prohibit school districts from penalizing students whose parents refuse their participation in the state’s standardized assessments and prevent the state department and board of education from punishing districts that have participation rates lower than the state wants.  The board approved a phone poll on Girard’s motion for this Friday given the desire to provide board members time to read the one paragraph bill.

Finally, the board rejected the two thousand sixteen-seventeen school calendar proposed by administrators.  At issue was whether or not to start the school year before or after Labor Day.  The administration proposed to start school on the Thursday before Labor Day.  The board opted to start school on the Tuesday after Labor Day.  Of course, the administration will have to see if the Manchester Education Association will allow it.  At issue is the placement of teacher workshop days, for which there is plenty of conveniently available time in the schedule.  We’ll see if they cooperate.

That’s news from our own backyard ,Girard at Large hour ___ is next! 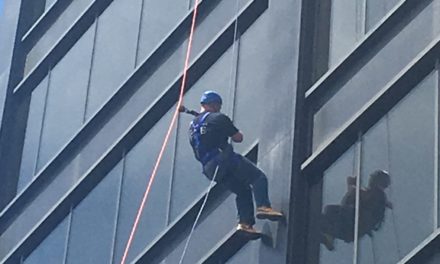