Below, I publish my letter to the Manchester Board of School Committee regarding redistricting.  Thanks to Mayor Ted Gatsas, it will appear on the agenda for the special meeting on February 29, called to discuss redistricting.  We’ve included a poll and welcome comments to get your feedback.

Manchester Board of School Committee

Since 2007, there has been a plan that would enable the redistricting of the city’s schools without cost.  More importantly, the plan not only enables better utilization of available space, it does so not just in accordance with stated academic objectives of the district, but also in such a way as to provide additional opportunities while addressing other issues.

While the complete 2007 study is attached, it recommends the following:

If this realignment is done, each school would have the following grades and census for the 2016-2017 school year, based on the February 1, 2016 enrollment report:

It should be noted that the removal of grades 4  and 5 from these three elementary schools appears to facilitate the relocation of all the district’s pre-K classes on the East Side, which frees up enough classrooms to facilitate a redistricting of the elementary schools on the East Side without the construction of a facility.  While it does not provide the district with the desired, centrally located pre-school facility, it certainly does address the administration’s expressed concerns over the amount of time staff spends traveling to the pre-K classes scattered around the city as the three schools on the West Side are all within five to seven minutes of each other.

It should also be noted that the district could convert Gossler Park to a centralized pre-K facility and reassign the K-3 students that would otherwise attend there to Parker Varney and Northwest, though this would still require the proposed grade reconfiguration.  Northwest and Parker Varney have more than sufficient capacity to absorb the 333 K through 3 students that are projected to attend Gossler Park in this proposal and both schools would be dramatically smaller than they currently are.

This grade realignment, which Superintendent Tom Brennan urged the board to revisit during his 2013 redistricting presentation, accomplishes a number of things, aside from relieving space pressures at the elementary level throughout the city.  Most importantly, it better enables a focus on the goal of having kids reading on grade level by the end of the third grade; a goal repeatedly expressed by administrators and elected officials alike.

Creating an “upper elementary school” at Parkside not only better uses the space, it also provides amenities, such as the science labs, shop facilities and “home ec” rooms that could provide opportunities that do not now exist at these grade levels.  If the district decides these facilities aren’t workable with that age group, they don’t impair the school’s ability to handle the additional students.

The same holds true with the addition of the 7th and 8th grades at West.  In a February 4, 2013 interview on my radio show, Dr. Brennan discussed the proposal, in detail.  He explained how the children would not only have greater academic opportunities in the high school setting, but would also have the ability to take more classes more quickly in areas in which they excelled.  He also directly addressed how adding the seventh and eighth grades would better enable the success of programs like STEAM Ahead NH.

If nothing else, I urge you to listen to this interview in advance of the special meeting on February 29th.  This is the Web address in case the link is not active in the materials you receive:  http://www.girardatlarge.com/2013/02/2082-show-archive-2-4-2013/

A final thought on this:  I do not believe that the 7th and 8th grade students would need to be separated from those in grades nine through twelve.  Six grades each containing roughly two hundred students in a building that used to host a thousand more kids than the it would hold if this proposal is enacted, is simply not so intimidating or potentially dangerous that separation would be necessary.  Remember, the sixth graders will enter the environment from a significantly larger school in terms of both population and building size.  If anything, it means that the 7th graders will be sent searching for the mythical pool on the fourth floor instead of the freshmen.

It also appears beneficial to keep the 7th and 8th graders together for sports, extracurricular activities and academic development.  Will seventh graders be the only kids who change classes in a five through seven “middle school?”  The seventh and eighth grade students, I expect, would change classes like their grade nine through twelve counterparts and be taught as they once were in junior high school, not as the currently are in middle school, depending on space, course availability and other factors that will inevitably have to be worked out.

In conclusion, as was determined in 2007, it is entirely possible to realign grades along academic priorities, better utilize space and enable elementary school redistricting without having to spend money the district simply does not have and cannot afford given not just the current budget constraints, but those we are all too aware will soon be upon us.  I respectfully urge the board to brush the dust off this more than eight year old document and enact the recommendations of those who developed it and those who three years ago urged another look in recommending it again.

I look forward to discussing this option at our special meeting on February 29th.  To play off the report, “The Future of West,” as proposed in 2007, is now!

With appreciation for your consideration, I remain

Click here to vote in our poll question on this proposal.

An Open Letter to Governor Hassan 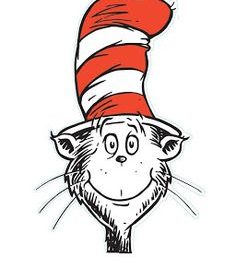 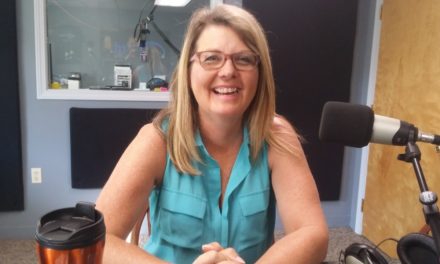