Rich spoke about the most recent issue that has risen out of the Timberlane Regional School District concerning actions taken by Donna Green.  Tune in to hear the magnitude of the transgression.

Dear Editor:
Readers of your headline “Timberlane Chairman Scolds Board Member Over Actions in Hampstead” (Sept.8) might have been mislead.   I was the Timberlane Board member “scolded,” but it was not over “actions in Hampstead.”  There were no actions of any sort in Hampstead or anywhere else.
On August 30 a Hampstead parent announced on SpeakoutTimberlane Facebook page that she had withdrawn her daughter from Hampstead Middle School because of “issues….with the leadership…”
I replied one hour later with this and only this:  “I would very much appreciate hearing what issues you encountered if you care to share them with me.  We can arrange to talk through my emaildonnagre@gmail.com. Thank you and best going forward.”
The next day, Hampstead School Board Chairman, Jason Cipriano, issued a very carefully worded but insinuating email to the Hampstead School Board and copied to Timberlane School Board Chairman, Peter Bealo. In his email Cipriano complained, among many unfounded, bad faith insinuations, that my response to this parent “…has the potential to create great confusion among our staff members, parents, and students as to the chain of command and accountability within the Hampstead School District.”  Really?
Timberlane Chairman, Bealo, picked this up and ran a marathon with it, announcing his shame and disgust at my “actions” to the Hampstead School Board and reading the email exchange at a Timberlane board meeting.
Firstly, there are very few legal prohibitions in this country limiting one person, elected or otherwise, from speaking to another person.
Secondly, even if I had communicated with that parent, in what way would this confuse Mr. Cipriano’s district?  Am I now not permitted to get my haircut in Hampstead lest I speak to a hairdresser with children in HSD?
Subsequent to this completely fabricated inter-district non-incident, the parent noted on Facebook that the Hampstead School Board had not reached out to her at all.
Readers should be reminded that the Hampstead School Board re-affirmed a politically motivated and malicious No Trespass order against a Hampstead Citizen of long-standing with a stellar record of public service, Jorge Mesa-Tejada. He fell out with the Hampstead School Board because he opposed their bond initiative.
When you make political enemies in SAU 55, you have to watch your back.
This is the government you have now.  If you do nothing about it, it will be the government you deserve because no person of character and conscientiousness will run for elected office. When you decry the quality of local and national politicians, remember your part in being silent about these seemingly minor abuses of power.
Donna Green
My readers should know that Mr. Bealo sandbagged me at the TRSB meeting.  I had no prior knowledge of either of the chairmen’s emails or the drummed up controversy.  If good faith had been at play, the chairmen would have reached out to me privately.  As should be apparent to all, this was nothing more than a contemptible display of political bullying.
Click here for the original source. 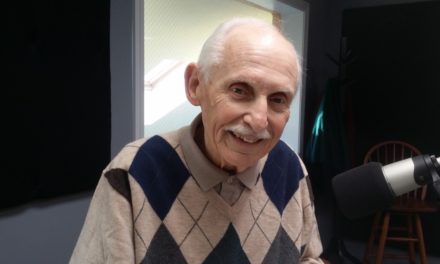