Well, Inauguration Day came and went on Friday and the country is still standing.  President Donald J. Trump officially ascended to the Office of the President of the United States.  Trump’s Inaugural Address played to many familiar themes from the campaign and clearly, by the facial expressions of the now former occupant of the White House, they were not well received by those whose point of view was defeated in November.  On the other hand, Trump’s rousing call to action and unity on behalf of a divided nation won many plaudits.  Saying true patriotism and love of country left no room for prejudice and that the transfer of power wasn’t just from one president to another or one party to the other, but also from the government back to the people, Trump stuck with a populist tone. 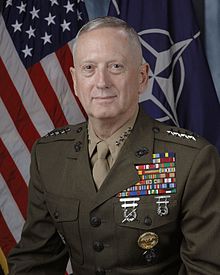 He wasted no time getting to work, either.  Since taking office, Trump has challenged the Senate to confirm his nominees, many of which are being held up by Democrats who say the wealth of Trump’s nominees call for greater scrutiny than normal.  So far, only General James Mattis has confirmed as Secretary of Defense and General John Kelly has been confirmed as Secretary of Homeland Security.  Congressman Mike Pompeo, Trump’s nominee for C I A Director is expected to be confirmed by the Senate, today.  By this time after Obama’s first Inauguration, seven cabinet secretaries had been sworn in.

Trump has also issued a series of executive orders on items ranging from stalling Obamacare, de-funding Planned Parenthood internationally, to blocking regulations in the process and more.  Much more is expected today. 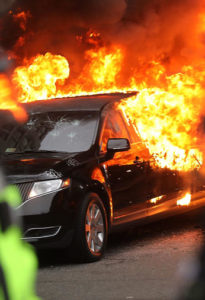 Protesters did attempt to disrupt the inauguration, setting fires, vandalizing buildings, breaking storefronts, torching police cruisers, blocking people from entering the seating areas set up on the National Mall for the ceremony and more.  Over one hundred people were arrested on Inauguration Day alone amongst chants of “not my President,”  “black lives matter” and things we can’t say on the radio.

Sununu: Hail to the Chief

“… we celebrate a day of unity for our country and for our democracy.  It is the collective hope of every American that our new president is successful in addressing our challenges, bringing people together and keeping us safe in a time of great uncertainty.  I congratulate President Trump on his inauguration and I am looking forward to working with him and his team to move our great country forward.”

All eyes will be on the Manchester Board of School Committee tonight as Superintendent Dr. Bolgen Vargas will present an update on the coming 2 0 1 8 Fiscal Year budget.  The presentation will come amidst a report showing the district is projecting a deficit nearly three hundred thousand dollars in the current year.  A figure that could about double if the district fills vacant positions it’s struggled to fill. Data on the agenda details four point nine million dollars in net projected expense increases and more than one point one million in net projected revenue losses that create the six million dollar budget gap versus the city’s tax cap. 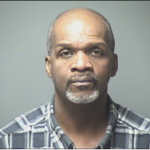 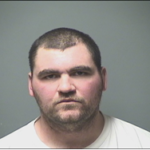 There’s more evidence that peeing on things in public can get you in trouble.  Listeners may recall an incident we reported last week where twenty three year old Michael McGee was arrested for peeing on a police cruiser.  Well, a day later Manchester Police Officer Casey Finn stopped two men at four in the afternoon for peeing on the Carpenter Center.  Turns out one of the guys, fifty six year old Wayne X. Weaver, had an active parole warrant from Waterbury, CT, so he was taken into custody and also charged as a fugitive from justice for having walked away from a Connecticut halfway house several weeks ago.  The other guy, thirty four year old Robert Nault of Manchester, had an active arrest warrant for a domestic assault, so he too was also taken into custody on additional charges.  We understand both have been nominated to MENSA and for Darwin Awards.

Candia Police: Too much eggnog on the job?

Looks like Santa Claus was enforcing the laws in the little town of Candia over the holiday season.  From mid December through late last week, the Candia Police Department issued a mere 5 4 motor vehicle warnings and 3 motor vehicle summons.  It also arrested three people on charges including Transporting Alcohol, Unlawful Possession of Alcohol and Theft of Mislaid Property.  Residents who’ve suffered for more than five years under what has become known as the Candia Crime Wave, something this radio show has diligently detailed over the years, are demanding to know if law enforcement officials were a little too busy with the eggnog to do their jobs.  Time will tell and we’ll be there to tell what time told!