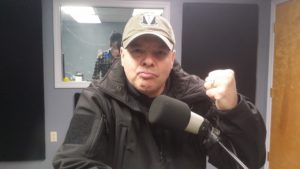 Rich started the hour by talking about what television shows he enjoys watching, before commenting on the coming campaign.  He spoke about his analysis of the Mayoral campaign and made comparisons to the prior election.  He then tackled the Sanctuary City discussion, reminding the listeners about what Manchester Police Chief Nick Willard said about the potential move.  Finally, he shared about instructions given by the Democratic Party.  Tune in to get the details!