If anyone doubts that fact is stranger than fiction, let’s take a look at last night’s meetings of the Manchester Board of School Committee.

It’s first meeting at five o’clock got off to a contentious start.  At-Large Committee Member Rich Girard challenged the assertion that the board needed to go into non-public session to discuss, quote:

“the dismissal, promotion or compensation of any public employee; or for matters which if discussed in public, would likely affect adversely the reputation of any person.”

The matter to be discussed was a grievance filed by the Manchester Education Association.  Girard said the matter didn’t involve any specific employee.

In response to a question from Ward Eight Committee Member Erika Connors, the board’s attorney, James O’Shaughnessy, said that it was customary for boards to hear grievances in non-public session in matters involving teachers whose contracts are negotiated in non-public session.  It was also mentioned that the board’s agenda materials contained emails from complaining employees.

Girard countered that the names could be redacted so the materials could be released to the public and that board neither was negotiating a contract nor discussing compensation.  He said that the discussion was about how the union wanted to apply certain terms of the contract, which was a public document.  He argued the hearing should be held in public session, charging the union wanted to do it in non-public to protect its own reputation, which wasn’t a consideration of the Right to Know Law. 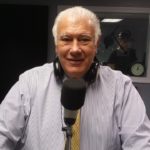 Once the meeting came back into public session, the board voted to deny the union’s grievance and direct O’Shaughnessy and Superintendent Dr. Bolgen Vargas to see if the union’s concerns could be addressed by a side agreement to the contract.

At the board’s main meeting, an unauthorized and illegal release of non-public information regarding personnel matters by Tessier was addressed.  Following a lengthy non-pubic session during its meeting on September eleventh, the board voted to authorize Vargas to take whatever steps he deemed necessary to address the matters discussed in non-public session.  Tessier was just one of three members to oppose the motion.  Van Houten and Ward Sixes Dan Bergeron were also opposed.  Want was absent and did not vote.

On September fourteenth, Tessier addressed an email to Gatsas, Vargas and the entire board regarding the non-public discussion.  In the email she not only mis-characterized both the actions of the board and the superintendent, she also copied the employees who were the subject of the session, violating both their privacy rights under the law and those of Dr. Vargas, who had every expectation his comments would remain confidential under.

The email caused Beaudry, the board’s vice-chair, to request an investigation by the district’s attorney into Tessier’s actions to determine what, if any laws or policies were violated and what remedies were available to the board.  That investigation was transmitted to the board privately, with the attorney claiming it was confidential because of the attorney-client privilege.  The state’s Right to Know Law does not allow matters involving members of an elected body to be hidden from public view, something O’Shaughnessy admitted during the discussion. 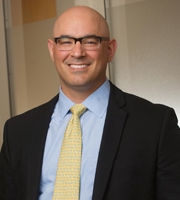 In between the two meetings, the board held a quote un quote “non-meeting with legal counsel.”  That meeting was short lived as Girard protested that the matters under discussion weren’t exempt from the state’s Right to Know Law and that if O’Shaughnessy was providing the board with legal advice, then Tessier shouldn’t be in the meeting. 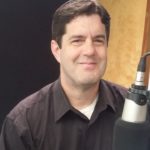 During their regular meeting, Girard attempted to read from the attorney’s letter detailing the multiple infractions of board policy, the city charter and state law Tessier’s breach of confidentiality violated, but was blocked by a point of order called by Terrio regarding whether or not information in the letter could be released without a vote of the board.  O’Shaughnessy reiterated the claim of attorney client privilege and said that while Girard could summarize the findings, it was up to the board to vote to make the details public.

Van Houten: Despite findings, moves to receive and file

Van Houten’s motion to receive and file the matter passed on an identical vote.  During the discussion on whether to receive and file, Connors referred to Tessier’s actions as a “mistake” and said that other board members had made similar mistakes and not been held to account.  Ambrogi argued that other board members had violated confidentiality in the past and were not sanctioned and that to sanction Tessier would be unfair.

Desrochers: Only came to protect Tessier

Girard countered that those past failures to correct board members who leaked confidential information were likely the reason such leaking continued and that to fail to address it would give anyone who wants to release information a free pass to do it.  Moreover, said Girard, since Tessier was on the charter commission that wrote the prohibition on releasing confidential information, she should have known it was wrong, stating that failing to address it left the board open to legal challenge by those whose privacy had been compromised.

Before the vote to receive and file, Beaudry asked Tessier to explain why she released information she knew was non-public.  She refused to comment.

In other business, the board accepted an offer from Alderman at-Large Joe Kelly Levasseur to represent the district free of charge in the small claims case filed by former Superintendent Debra Livingston who’s seeking to be paid for an appearance at an arbitration hearing following her retirement.  The board voted to reimburse her meals and mileage, but not to pay her so called expert witness fees.  Bergeron opposed the motion accepting Levasseur’s offer.  Connors, Van Houten and Tessier abstained.  Desrochers left the meeting following the Tessier vote, therefore, she did not vote.

Once more unto the breach

There was also a kerfuffle over revisions to the board’s Wellness and Nutrition Policy, also known as the “cupcake policy.”  Girard wanted to amend the policy, which had a number of technical revisions, to incorporate changes to state regulations governing quote “non compliant bake sales.”  The motion passed unanimously, but was reconsidered after Beaudry said the state regs should go to committee first.  Want complained she didn’t want to vote on anything she’d not yet seen.  The motion to refer to committee passed with Girard, Gatsas, Avard and Freeman opposed.  Desrochers had already left the building and did not vote.

Finally, after being told that temperatures topped one hundred degrees on Central High’s third floor, the board voted to rescind a prohibition on teachers using fans in their classrooms.  That prohibition passed about seven years ago when then Ward One School Board Member Joyce Craig moved to prohibit teachers from running fans or mini-fridges in their classrooms to cut electricity use.  I guess when you “go Green” you get steamed.