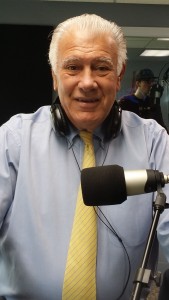 Mayor Ted Gatsas gives us the inside scoop on what’s happening in the Queen City.  His interviews are frequently characterized by direct answers to direct questions and they’re often Riveting Radio!  We respect his willingness to argue his point, take questions from an opposing viewpoint and do it again and again and again.  It’s a rare thing in a politician, frankly, and it makes for very informed and interesting discussion!

Mayor Ted Gatsas is a lifelong resident of Mancehster. He attended Manchester public schools and is a graduate of Smyth Road Elementary School and Manchester High School Central.  Ted earned a bachelor’s degree from the University of New Hampshire in Durham.

Mayor Gatsas and his brother Michae, co-founded Staffing Network; an employee-leasing company that grew to be one of the largest employers in New England.  Staffing Network was eventually acquired by ADP Payroll.

Our segment with the Mayor is designed to give our listeners an exclusive and intimate glimpse of what’s happening in and around the city of Manchester. This segment is NOT about giving the mayor free and friendly publicity.  Rich is known to challenge Mayor Gatsas and it is not uncommon for this segment to become “Riveting Radio.”  Neither is a shrinking violet, but the two know each other well, understand the rough and tumble of the political realm and engage it vigorously!