This is a guest post by Manchester resident and concerned parent Jon DiPietro.

On Wednesday, October 16, 2013, the public session of Manchester Board of School Committee’s meeting, I voiced my opposition to the Common Core State Standards (CCSS). In order to ensure my comments fit within the allotted three minutes (unlike many proponents who arrogantly droned on for five, six, seven minutes and longer), I delivered a shortened version of the following plea:

“My name is Jon DiPietro and I live in Ward 6. Three of my four children are in Manchester schools right now; Memorial, McLaughlin, and Green Acres. I’m in year 14 of a 25+ year span in which I will have children in school.

There are many aspects of common core that I think are problematic. In my mind, they range from troubling to truly mind boggling:

In my mind, any one of these concerns is enough to pump the brakes on this effort and seriously question whether common core will deliver the change that our education system desperately and unquestioningly needs.

But as a parent of four, I have one concern that in my view trumps every one of them. I’m here tonight to ask you one very simple question: Why are you experimenting with my kids?

In my view, what this Board and school administration are doing to teachers and students this year is unfair and highly detrimental. I know the easiest thing to do would be to push forward and follow the herd because everyone else is doing it. I know the hard thing to do is to slow down and maybe, just maybe admit that we moved a little too hastily. Because instead of condemning you for making a mistake, I and all reasonable parents will applaud you for making things right.

This parent respectfully and passionately asks this board to stop experimenting on his kids. Thank you.”

The good news is that immediately following this public session, Superintendent Debra Livingston proposed and the board approved a plan to develop the Manchester Academic Standards. These new standards will borrow from the “best available resources” including standards from other states like Massachusetts and Indiana that have already proven highly successful. Common Core will now be the floor instead of the ceiling.

This is exactly what I and many other CCSS opponents had been imploring the board to do.

There is some controversy around whether or not this vote amounts to a “rejection” of CCSS. Personally, I don’t care what you call it. I fear that some CCSS opponents will push for a clear and unambiguous message from the city that it rejects the standards. In my view, we don’t need to follow in the footsteps of the Obama administration and insist that our opponents be vanquished and humiliated. We should give the administration cover to move forward and do the right thing, which is all that matters as far as I am concerned.

PUBLISHER’S NOTE:  To learn more about the battle to stop Common Core in Manchester and NH click here.  Thanks for visiting our site! 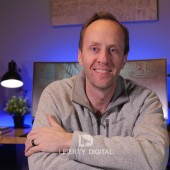 I’m a digital marketing professional and author of “Social Media for Engineers and Scientists.” My specialty is using all facets of the Internet - websites, search engines, advertising, and social media - to generate leads and increase conversion rates. I excel at getting businesses to think differently about their marketing strategies and guiding them through the evolution from outbound to inbound marketing.