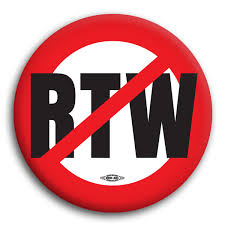 Thirty two renegade Republicans joined the entire Democratic Caucus in the New Hampshire House of Representatives to defeat Right to Work legislation yesterday, despite an appeal made by Governor Chris Sununu to the Republican Caucus before the session.  The two hundred to one hundred seventy seven Roll Call vote to accept the Labor Committee’s “Inexpedient to Legislate” recommendation surprised many who expected it to be much closer.  Opponents of the bill, Senate Bill Eleven, went a step further by laying it on the table indefinitely on a Roll Call vote of one ninety four to one eighty three, which means it can’t be brought up again during this House term.

The bill incurred the wrath of labor unions across the state and nation who attacked it as the “Right to Work for Less,” claiming, all facts aside, it would lead to lower wages, interference with employer – employee relations, and union busting.  In fact, the bill very simply prohibited collective bargaining agreements that required employees to join or contribute to a labor union.  As things stand now, a union and an employer can enter into an agreement where the union charges a fee to employees that don’t belong to it and the employer collects that fee from the non member’s pay check and gives it to the union.

Following the House’s failure to pass the bill, Sununu issued a statement saying he was “deeply disappointed.”  Quote:

This legislation would have provided our state an economic advantage across the region by affording our workers greater choice, freedom and flexibility – true New Hampshire values.

Sununu said it was clear some House members didn’t understand the opportunity the bill presented to unleash the untapped potential of the state’s economy.  He also said there were other opportunities to work together to improve the state’s business environment.  Quote:

Right to Work, though important, is just one piece of a broader effort to promote economic development, signaling to our nation’s business community that New Hampshire is open for business.

We’ve linked to the bill and the Roll Call votes taken on it from this news read at Girard at Large.  We’ve also published the list of the Republicans who supported continuing to allow unions to charge non-members fees for not belonging and demanding employers act as their collection agency.

The House also killed a bill that would have made it easier for plaintiffs in Right to Know cases to recover their attorney fees from whatever government agency had to be sued to get public information.  The House shot down House Bill 3 6 5 on a Roll Call vote, which we’ve linked to from this news read at Girard at Large dot com, of one eighty four in favor to one eighty seven against.  We’ll have to see how many Republicans joined the Democrats in opposing the reimbursement of citizens that were forced to go to court to get information covered by the Right to Know Law.

On the voter fraud front, the Washington Times is out with a story reporting that as many as two point one million Hispanics, who are either illegal aliens or legal non-citizen residents, are registered to vote in violation of federal law. 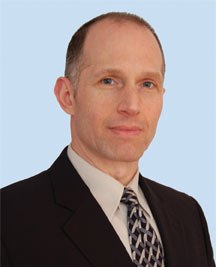 Agresti: Does the math

James Agresti, of the research nonprofit “Just Facts,” multiplied the 13 percent figure by the eleven point three million non-citizen Hispanic adults reported in the 2013 U.S. Census.  Accounting for the margin of error based on the poll’s sample size, Agresti calculated the number of illegally registered Hispanics at between 1.0 and 2.1 million.  We’ve linked to the story, which had several other fun facts, from this news read at Girard at Large dot com.

Our top story this morning!

Weather permitting, Eversource will conduct aerial patrols in the Bedford area today between eight and four.  The aircraft is yellow and blue with tail number N 8 0 1 J B.  The Bedford Police Department said this is for regular maintenance inspection work.

Registration functions shut down until Wednesday

The N H Department of Safety, Division of Motor Vehicles is implementing the new VISION system to comply with federal REAL I D requirements.  As a result, there will be no motor vehicle registration processing at any municipal or state D M V facility statewide starting today.  Officials expect registration activities to resume on Wednesday, the twenty second.  I sure hope the place I’m supposed to buy my truck from today got the twenty day plate in advance.

The Manchester Police Department will host its next entry-level police exam on Saturday, April first and, that’s not an April Fool’s Day joke!  The exam will be held at the New Hampshire Police Academy in Concord.  The application process is now open and will close on Friday, March 24th.   Information and an application can be obtained by visiting manchester p d dot com.  Any questions may be directed to Officer Carl Accorto in the Training Division by calling 7 9 2 5 4 5 2.

BeBOLD, Bedford – Building Our Lives Drug-free, is welcoming potential new volunteers to a brief introductory meeting from 6:30-7 this Wednesday, February 22nd in the McAllaster Room of the Bedford Public Library.  BeBOLD needs YOU to help them in their mission to educate and advocate as the town battles the opioid epidemic that’s gripped the state

BeBold will also hold its monthly Speaker Series Event that night.  Immediately following the volunteer meeting, it will present “I’m a Dad and I Need Help,” an up close and personal account of addiction and survival by a Dad and his son.  In inviting the public to attend, they said it would be a very special evening with a family that struggled with addiction and searched for a way to overcome and survive.  It’s a modern day story that’s played out in thousands of NH homes and families.

For additional information on these events and BeBOLD in general, visit be bold bedford dot org.