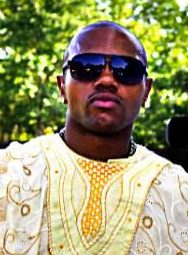 Long: A Nation of Islam hit?

The assault on police officers across the country continued over the weekend as Gavin Long of Kansas City celebrated his twenty ninth birthday by setting up an ambush that killed three Baton Rouge police officers and wounded three others in Louisana, one critically, yesterday morning.  Baton Rouge officers responded to a report of a man with an assault rifle and were met by gunfire when they arrived on the scene.  They didn’t know where the gunshots were coming from.

Long, who was black, served a five year stint in the marines, including a six month tour in Iraq.  According to published media reports, he was also a member of the Nation of Islam.  He was killed in an exchange of gun fire with police on the scene. 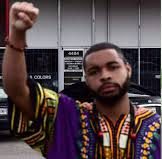 The Baton Rouge Police Department has been under fire since two of its officers shot and killed Alton Sterling, an armed black man who failed to comply with officer orders and resisted arrest.  Video of the shooting touched off protests across the country, including a Black Lives Matter march in Dallas where five police officers were killed and seven wounded when a twenty five year old black man Micah Xavier Johnson of Mesquite, TX ambushed officers from atop a parking garage.

Baton Rouge police have clashed with not so peaceful protesters since the incident with Sterling and been criticized for wearing riot gear while dealing with the protests. 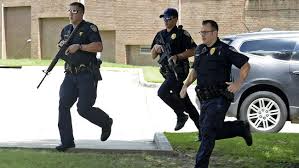 The Web site Boradcastify dot com had audio of the Baton Rouge police traffic of the incident.  Nearly two and a half minutes after the first report of an officer getting shot, an officer on the scene is heard saying police do not know the shooter’s location.

In the recording, which lasts about seventeen minutes, officers on the scene called for a BearCat armored vehicle to be sent.

The shootings touched off a firestorm of reaction across the country.  The current occupant of the White House gave a statement from the Briefing Room in which he incredibly said, quote:

“We don’t need inflammatory rhetoric, we don’t need careless accusations thrown around to score political points or to advance an agenda.  We need to temper our words and open our hearts, all of us.”

President Obama just had a news conference, but he doesn’t have a clue. Our country is a divided crime scene, and it will only get worse! 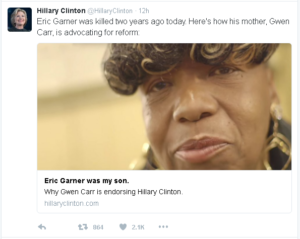 Clinton: No justification, but…

Democratic presidential nominee Hillary Clinton issued the obligatory statement decrying the incident and saying, as the President did, that there is no justification for attacks on law enforcement, then went on to tweet out a link to an article why the mother of Eric Garner, a black man who died in an altercation with police in New York City, was endorsing her candidacy.

The commentary that struck nerves across the country, however, came from Steve Loomis, the president of the Cleveland Police Patrolmen’s Association:

In an interview on Fox News, Loomis let loose saying, in part, quote:

The President of the Untied States validated a false narrative and the nonsense that Black Lives Matter and the media are pressing out there to the public — He validated with his very divisive statements.  And now we see an escalation.

This has got to end.

We need some leadership in this country to come forward and put an end to this.

I don’t care if it’s clergy or who it is but somebody has to step up and put an end to this.  It’s a false narrative and people politicizing the false narrative…

And those police-involved shootings, make no mistake, are what absolutely have triggered this rash of senseless murders of law enforcement officers across this country.  It’s reprehensible.  And the president of the United States has blood on his hands that will not be able to come washed off…

How the hell did we ever become the bad guys in this country? I cannot imagine how we got here. It is the irresponsible reporting of the media and irresponsible statements from people who are credible – like the president, like celebrities… 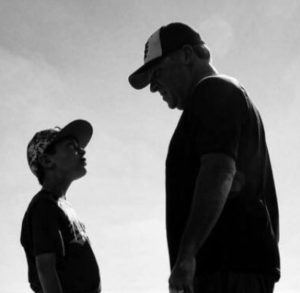 Father and son victims in France

Among the eighty four people killed in Nice, France were two Americans.  Fifty one year old Sean Copeland, and his 11-year-old son Brodie of Lakeway, TX were on vacation with their family.  Copeland’s wife, Kim, and his twenty nine year old daughter Maegan and twenty two year old son Austin survived the attack, for which ISIS has since taken credit.

Black Lives Matters marched in the Queen City on Saturday night.  To the consternation of many, the march caused police to shut down Elm Street in the heart of the downtown on a busy Saturday night as about two hundred fifty marchers paraded up and down the city’s main drag, ending at Veterans Park, where Black Lives Matters protesters interacted with All Lives Matter counter protesters under the watchful eye of the police and an armed cadre of motorcyclists who told our very own Bill Wynne of Goffstown Today dot com that they were there to ensure the peace was kept.

That’s news from our American backyard!  Girard at Large hour ___ is next!