MacDonald: Charges out of state drug dealer with murder

New Hampshire Attorney General Gordon MacDonald will hold a press briefing this morning regarding the arrest warrant issued for thirty one year old Viterbo Enrique-Minaya a k a Francisco Rodriguez-Benitez, formerly of Lawrence, MA.  Minaya is accused of selling the fentanyl that  Brandon Laurion of Rochester, NH overdosed with late last October.  The A G said Minaya first sold the fentanyl which Laurion used to Amber Nicholson in Lawrence.  According to a press release issued yesterday, this is the first case where a drug dealer operating out of state has been charged in connection with a drug overdose death in our state. 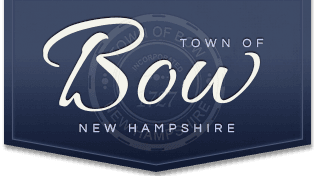 The town of Bow’s police department is now releasing monthly crime stats.  We learned this when we got September’s stats, yesterday.  Bow’s boys in blue reported twenty two arrests, more than half of which were for driving related offenses, one hundred forty one motor vehicle stops that resulted in one hundred fifteen warnings and twenty six citations, eight accidents, four parking tickets, one restraining order twenty nine Incident/ slash Investigation Reports and a partridge in a pear tree.  (We made that last one up.)  We’ll keep an eye on things to determine whether or not Bow will be added to our monthly Crime Wave Report, which, for six years, has exclusively featured the little town of Candia.

Manchester Fire Department Emergency Medical Services Officer Christopher Hickey has released revised opioid overdose stats for September.  Seems records were broken in the Queen City, both for the number of overdose calls and Safe Station visits.  Hickey said there were one hundred eighteen overdoses, resulting in eleven deaths.  He also reported that there were two hundred one visits to Safe Station which has now provided assistance to one thousand seven hundred four drug abusers, including four hundred one that have made multiple trips.  As of Friday, Hickey said there had only been five overdose calls in the month of October with no fatalities.

Just one of many

That story’s probably as good an intro as any to the announcement that the next National Drug Take Back Day is October twenty eighth.  Police departments across the region will be accepting unused and unwanted prescription drugs from residents.  In Manchester, police have added a “Shred-A-Thon” from ten to two at police headquarters on Valley Street.  Residents may bring up to two legal sized boxes of documents to be destroyed free of charge.  The department also announced that, in addition to the police station, prescription drugs may be dropped off at the National Guard State Armory and the Elliot at River’s Edge.  Departments across the area are urging people to get their unused, unwanted prescriptions drugs out of the house as a way of battling the current drug crisis.  Check with your local police department for drop off details.

The New Hampshire Department of Environmental Services has announced it will hold a public hearing on the extension of municipal water services from the Pennichuck Water Works to those in Amherst whose wells have been contaminated with P F O A.  The department recently announced that Textiles Coated International will pay to extend the municipal services to affected properties.  The project is expected to install almost two miles of pipe.  The hearing will be held this Thursday at Souhegan High School, starting at seven.  We’ve uploaded the nine page document distributed with the announcement that will both help residents prepare for the meeting and provide them with contact information for a variety of issues. 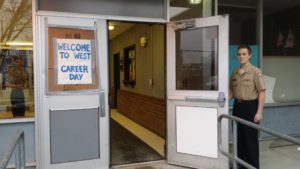 Overhaul on the way at West

Manchester School Superintendent Dr. Bolgen Vargas has announced that Manchester High School West is one of eleven schools in New England that has been awarded a grant from the Barr Foundation.  According to the foundation’s Web site, (which we’ve quoted with minor grammatical changes to put the information in the correct “voice”) the grants were given to public New England high schools they

believed were committed to a deep planning and capacity building process to redesign their school model that transcended the school’s walls and blended the lines between school, college, career and the community in order to help all students develop the competencies required for a 21st-century definition of student success.

Vargas: Many made it happen

The successful applications also had a vision for a public high school that utilizes evidence-based strategies and practices to provide students with credit-bearing learning opportunities in the wider learning ecosystem that includes the myriad educational, business and non-profit organizations within the surrounding communities.  Rather than peripheral programs, these learning experiences in the ecosystem are central components of the schools’ programs of study.

While the grant amount was not included in the release, Vargas said in applying for the grant the district was looking for three hundred fifty thousand dollars.  In announcing the award, Vargas thanked the Manchester Boys and Girls Club, Catholic Medical Center, the University of New Hampshire, Brady Sullivan Properties and the Greater Manchester Chamber of Commerce in addition to the staff at West, various staff members in the district office and even the union for their work on the application.  He is expected to address the grant award at tonight’s meeting of the Board of School Committee. 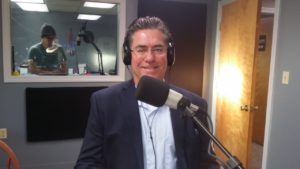 Do you pay taxes in Manchester or Hooksett?  If so, you’re invited to come out to have some fun listening to and speaking with, your favorite Manchester B O S C candidates and local politicians.  Manchester residents from all wards are welcome, as are Hooksett residents who care about where their tax dollars are being spent in Manchester, on the biggest portion of the budget……the school district.  You don’t want to miss this grass roots event!  That message brought to you by former Hooksett School Board member John Lyscars who has organized what he’s calling Education on Tap with various school board candidates at the New England Tap House Grille in Hooksett.  If you’re a member of the public who’d like to attend, we’ve got the link with this news read at Girard at large dot com.  Lyscars will be our guest this in the seven o’clock hour.  Be sure to tune in!