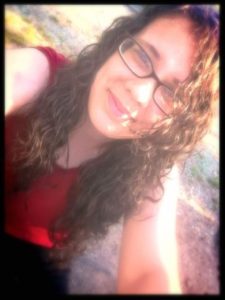 The Derry Police Department is asking the public for help locating eighteen year old Soniangelits Rosa, who goes by the name Angie.  Yesterday, at approximately one thirty nine in the morning, Derry P D took a missing person report.  Rosa is about five foot five, one hundred forty pounds with brown hair and green eyes.  She was last seen leaving Wendy’s Restaurant in Derry at about a quarter past Midnight yesterday.  She was wearing black jeans and a Wendy’s work shirt.  Anyone having information about her whereabouts is asked to contact the Derry Police Department at 4 3 2 6 1 1 1.  Rosa’s picture is posted with this news read at Girard at Large dot com and pinned to the top of our Facebook page.  Please take a look and help spread the word.

This Friday at noon, they’ll cut the ribbon at their new community recovery center at 6 Railroad Avenue in Derry in conjunction with the Derry Friendship Center.  The town of Derry has issued a notice inviting citizens to attend the ribbon cutting.

This Monday morning at eleven, the new community recovery center at 165 Main Street in Claremont is slated to open.

And on August second, the new community recovery center at 823 Main Street in Berlin will open at ten A M.

The public is welcome to attend all of these openings. 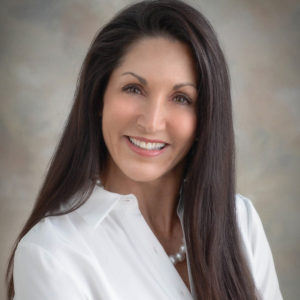 Hope for New Hampshire Recovery President and C E O Cheryl Coletti-Lawson said the group was excited to be able to expand its reach across the state to help those struggling with addiction.  In the past year the organization has helped thousands of individuals and family members find the right recovery support services for their needs, offered a venue for healthy, drug and alcohol free socialization and provided family supports for all stages of recovery. 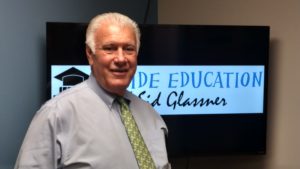 Republican gubernatorial candidate Mayor Ted Gatsas has released an education plan for the state.  In the plan, Gatsas draws off his experience as the chair of the city’s school board to target reform efforts.  Gatsas, who has clashed with state education officials over standardized testing, emphasized parent choice and local control, calling them the cornerstones of education.  He pledged to nominate people who had demonstrated track records of respecting and advancing both to be commissioner of education and members of the state Board of Education.

He also said it’s time for the state to reject the Common Core national standards and the Smarter Balanced Assessment.  Gatsas called for reforming testing saying the results should only be used to help students improve and inform parents about how well their kids are doing in school.  He pledged to support expansion and funding for charter schools, changing STEM to STEAM, Expanding the FIRST Jr. STEAM Ahead program which has been introduced to Queen City elementary school classrooms and expanding vocational, technical education as has been done with the four year program at the Manchester School of Technology.

Gatsas also said he wanted to change the state’s funding formula to encourage districts to adopt all day kindergarten and develop a constitutional amendment on education funding so that school districts could have a greater degree of funding stability, noting yet another round of lawsuits filed by aggrieved communities.  Gatsas will be our guest this morning in the eight o’clock hour to discuss this plan and, no doubt, OOOHHH sooo much more!

The Candia Police Department announced it recovered two chainsaws yesterday.  Now, it just needs to find their owners!  So, Candia’s finest are asking residents to please check wherever it is you store your chainsaw and give them a call if it happens to be missing.  Their number is 4 8 3 2 8 1 3.

Police Exam on the way

The Manchester Police Department will be hosting an entry-level police exam on Saturday, August sixth.  The application deadline is Thursday, July 28th.  In preparation for the exam, the department is holding a free seminar that will discuss the Requirements for Taking the Test, The Testing Process, The Hiring Process, In-House Academy Training, State Academy Program and How to prepare for the Police Exam.  The seminar will be held this Monday, July 18th in Southern New Hampshire University’s Walker Auditorium in Robert Frost Hall.   For more information or an application, visit or manchester p d dot com.  Any questions may be asked of Officer Carl Accorto at 7 9 2 5 4 5 2.

Bedford Coffee with a Cop: Bring your GAL travel mug!

The Bedford Police Department announced yesterday that their monthly Coffee with a Cop will be held this morning at Bedford Hills Care and Rehabilitation on 30 Colby Court from 7 to9.  They’d love it if you popped in. 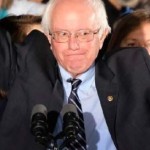 Sanders: Going to the Dark Side

Finally this morning, if you feel the state begin to tilt left, it’s because Hillary Clinton and Bernie Sanders will be here for a campaign event.  Sanders reportedly will endorse Clinton’s bid for the presidency, showing that while he can rage against the machine, he’s as principle-less as the bought and paid for by the special interest, millionaires and billionaires as anybody. 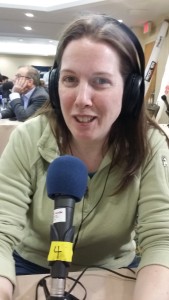 Expect a welcoming committee from local yocals who aren’t amused.  Among them will be rape survivor Katherine Prud’homme O’Brien who confronted Clinton earlier in the year over her attacks on the women who claimed her husband sexually assaulted them.  O’Brien, who made national news for asking how Clinton could say that women should always be believed when they’ve said they were sexually assaulted after discrediting the women who claimed they were attacked by her husband, will be our guest in the six o’clock hour this morning.