As reported on Saturday, a recount of the race for the three seats elected to a three year term in Hooksett failed to change the result.  Fourth place finisher Jack Sweeney asked for a recount to see whether or not the seven vote win posted by third place finisher Amy Boilard held up.  It did.  Both candidates picked up four votes in the recount, leaving Boilard’s seven vote margin of victory intact.  While the recount was originally planned to involve only the votes cast for Boilard and Sweeney, the entire race was recounted on the recommendation of the Secretary of State’s office.  Now that the election’s outcome has been determined, the Hooksett School Board‘s seven members will hold their organizational meeting tomorrow night at the Cawley Middle School.  We’ve linked to our story with all the final results for your convenience.

While holding their organizational meeting, the Hooksett School Board may decide to accept an invitation issued by Manchester Mayor Ted Gatsas.  During his radio interview with us last week, Gatsas said he would invite the Hooksett School Board to a joint meeting once its newly elected members were determined so the communities could reopen the dialogue over their century long relationship.  Girard at Large has learned that later that day, the mayor not only sent an invitation to the Hooksett School Board for a joint meeting, he also sent one to the school board in Candia asking that all three boards meet in joint session.  The mayor suggested it be done in the offices of the city’s Health Department, which has a really big room, on Wednesday April ninth or Wednesday April sixteenth.

In addition to that overture, there’s an item on this week’s agenda of the Manchester Board of School Committee’s Curriculum and Instruction Committee recommending that both the Candia and Hooksett school boards nominate a member of their respective boards to sit as non-voting members on the committee.  F Y I, the ability of both communities to have non-voting representation on every school board committee has long been part of their contract with the district, one which they have seldom, if ever exercised.

Schools will take center stage in the city.  Manchester Superintendent Debra Livingston will present a proposed budget of just over one hundred sixty million dollars to the Board of School Committee tonight.  That represents just over a two percent increase in spending over the current year’s allocation, however the amount raised in local property taxes to fund the proposal is up nearly three point eight million dollars or five point nine percent.  If added to the statewide property tax, the total increase in taxes drops to less than three point four million dollars for an increase in the amount of taxes collected of under four percent.  Including grants and special reserve fund spending, the total amount spent on schools if the budget passes will approach one hundred eighty five point three million dollars.  A public hearing on the proposed budget will be held this Thursday March twenty seventh in the Aldermanic Chambers at City Hall.  We’ve uploaded the proposal with this newscast at Girard at Large dot com for your convenience.

While the budget is obviously a big issue, the bigger one coming before the school board at its meeting tonight is the much awaited redistricting proposal.  Despite significant shifts in neighborhood populations, the district hasn’t undergone a general redistricting since nineteen ninety six.  A plan put forward by retiring

Superintendent Tom Brennan was scrapped in favor of letting Livingston develop her own recommendations.  Brennan had proposed a fundamental realignment of how students went from elementary school to middle school and from middle school to high school.  However, he made only marginal changes to the elementary school boundaries citing issues relocating the city’s pre-school program classrooms. Brennan also recommended the board revisit the two thousand seven study which involved a grade realignment on the city’s West side that would convert Parker Varney, Gossler Park and Northwest to grades pre-K through three, which

would take care of the city’s pre-school program needs, convert Parkside to grades four through six, and use the excess space at West to house grades seven through twelve.  Ward 8 Committeewoman Erika Connors had proposed relocating all of Southside’s students to McLaughlin, which incredibly has the room to take them, sending the kids from Jewett to Southside and using Jewett as the district’s pre-school facility.  We’ll see tonight which, if any, of those recommendations Livingston took.

Finally this morning, save the date!  Taste of the Nation has announced this years big event in Manchester will be held on Wednesday, April

sixteenth.  No fewer than sixty restaurants from across the state will converge on the Center of New Hampshire to raise funds for the continued fight against childhood hunger.  We’ve posted all the delectable details with this newscast at Girard at Large dot com.  Memo to the school boards in Candia, Hooksett and Manchester:  Choose April ninth for the joint meeting, not the sixteenth, so we can all enjoy Taste of the Nation!

Who and what is on the towns’ ballots 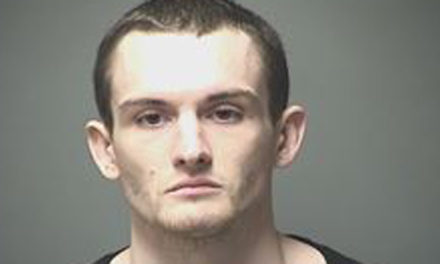