Conrad: Did explanation of closing provide manual for threat makers?

Things should be back to normal in Nashua today as the city reopens its seventeen public schools.  While the Nashua Police Department has determined the emailed threats of violence against Nashua North and South high schools aren’t credible, they will, nonetheless, have a beefed up presence at all schools today.

Superintendent Mark Conrad decided to shut the whole school system down yesterday over the weekend after specific threats of violence were emailed to administrators.  Governor Margaret Wood Hassan activated the state’s emergency management operation and the FBI was called in.  Investigators believe the threat was made by someone locally and not similar to the one that caused the Los Angeles Unified School District to keep six hundred fifty thousand kids home last week.  C N N is reporting that, among the reasons officials believe the threat came from a local is a ransom was demanded to prevent the attacks.  School officials say they’ll have counselors available at all schools for kids who just need to talk to someone about the threats.

In his email, Terrio, who stated he was expressing his own opinions and not communicating on behalf of the board, noted that the Hooksett board had acknowledged Manchester’s move from a minimum number of students over the life of the contract to a minimum number of students over the first 3 years with an average based on actual numbers for the last 7 years.  “What’s concerning,” wrote Terrio, “is that your information is incomplete.”  Terrio said Manchester also proposed a 3-year rolling average over the life of the agreement.  Quote 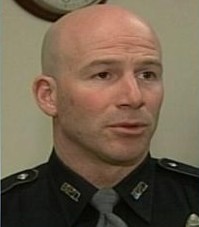 Connifey: Headed for the hoosegow?

New Hampshire Attorney General Joseph Foster announced the arrest of former Bartlett Police Chief Timothy Connifey yesterday.  Connifey was charged with one count of witness tampering and multiple counts of official oppression, false swearing and perjury.  Connifey was Bartlett’s police chief from January 2002 to January 2015.  According to a statement issued by the A G’s office, the oppression charges allege that Connifey improperly controlled the prosecution of Kate Putnam, a woman with whom he had both an intimate and business relationship. The witness tampering count charges Connifey with attempting to influence Putnam’s grand jury testimony about their relationship. The false swearing and perjury charges allege that he lied under oath, before a Carroll County Grand Jury, about the relationship and his prosecution of Putnam.  Putnam has been charged with four counts of false swearing in connection with her grand jury testimony.  The official oppression and false swearing charges are class A misdemeanors, which carry a maximum possible penalty of 12 months in jail and a $2,000 fine. Perjury and witness tampering are class B felonies carrying up to 3½ -7 years in state prison and a $4,000 fine.

Timberlane Superintendent Earl Metzler is raising eyebrows with a press release notifying people of where to go to know if school got canceled because of snow.  Among the media outlets listed, and the one he said would be the very first to make the announcement, was his personal Twitter account.  Funny thing is the district and several of the schools within the district have their own Twitter accounts, and then there’s Nixle, so why should people have to subscribe to his personal account to get the early info?  That’s one of many questions being raised by Timberlane Regional School Board Member Donna Green of Sandown in a recent blog post on that and related items of protocol that make one wonder whether or not Metzler has taken a page from France’s famed King Louis XIV and declared himself the school district and the school district himself.