The Manchester Police Department will be hosting an entry-level police exam on Saturday, August sixth.  The application deadline is this Thursday, July 28th.  For more information or an application, visit Manchester p d dot com.  Any questions should be directed to Officer Carl Accorto at 7 9 2 5 4 5 2. 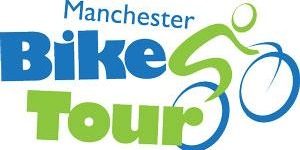 The Manchester Conservation Commission will host its annual bike tour on Sunday, September 11 at 7:00 a.m.  Manchester Bike Tour is a 30 or 40 mile family friendly bike ride around the city.  The tour begins at Eversource Energy Park and loops around the city.  Sights along the route include Rock Rimmon, the Piscataquog Rail Trail, the Nutts Pond Recreation Trail, the Aviation Museum at the Airport, Lake Massabesic and the Historic Weston Observatory.  Registration is twenty five dollars for individuals fourteen and older.  It’s ten dollars for those between six and thirteen.  Children under six are free.  The tour offers t-shirts, rest stops, bike support and a lunch at the end. The registration fee will benefit the Manchester Conservation Fund.  The ride is endorsed by the Mayor and Board of Aldermen.  We’ve linked to the online registration page from this news read at Girard at Large dot com for your convenience. 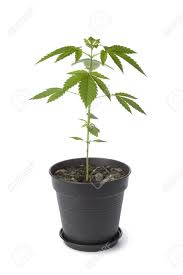 “We need to end the nation’s failed drug war and provide on-demand treatment for drug addiction.” 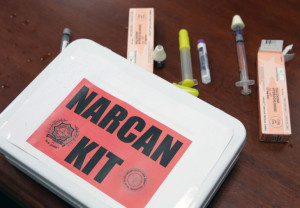 Due to the success of the first Narcan training, local agencies in coordination with New Hampshire Department of Health and Human Services will conduct a second training for community members who are affected by opioid addiction.  The drug is an emergency treatment used to reverse an opioid overdose.  The training is being held on July 28th at 7 p.m. at the Derry Friendship Center at 6 Railroad Ave in Derry. 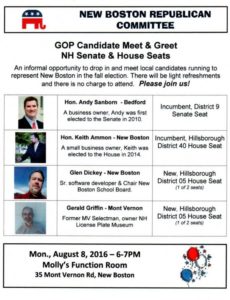 The New Boston Republican Committee will host a candidate meet and greet on Monday August eighth at Molly’s Restaurant.  The event begins at six P M and will provide an opportunity to meet the town’s elected representatives and those who would be elected.  Details are at New Boston G O P dot org

The Democrats’ convention got underway in Philadelphia yesterday amidst massive protests by supporters of Vermont Senator Bernie Sanders upset by the treatment of their candidate by the Democratic National Committee during the campaign.  In the more than nineteen thousand emails released by Wikileaks, there was clear and convincing evidence that the D N C had acted against Sanders’ campaign in support  chants of “Lock Her Up” and shirts and signs reading “Hillary for Prison” filled the streets and even, at times the convention hall itself, where boos were also heard.

In a very awkward bridge building moment between Hillary supporter Senator Al Franken of Minnesota and Bernie supporter Sarah Silverman, the implacable crowd was told by Silverman they were being quote “ridiculous.”  She was booed.  It was the only time either of those alleged comedians were even close to funny.

During the day, Sanders himself tried to mollify his upset supporters, sending out text and email messages urging calm, begging his supporters not to boo or otherwise turn their backs on Clinton, lest they damage the revolution they’ve started.  One Bernie supporter is quoted as saying quote

“If Hillary wants to be queen, we’ll bring the guillotine.” 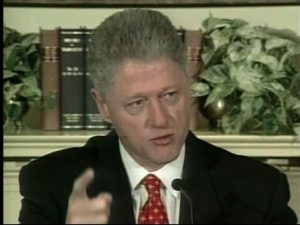 That all notwithstanding, the Democrats trotted out families of substance abusers, gays, lesbians, illegal immigrants, unions, the disabled and mentally ill to cast the cloak of hate onto the G O P ticket.  Amusingly, the party that gave us Bill Clinton, who “did not have sexual relations with that woman, Miss Lewinski…these allegations are false,”  and Hillary, who concocted the Vast Right Wing Conspiracy to cover it up, derided Donald Trump as a bad role model for children.

Speaker after speaker extolled the virtues of the selfless Hillary, who does it all for the children, those in need and, of course, the country; never for herself for self enrichment, unlike Trump.

Sanders appeared to a thunderous, deafening roar of the crowd that went for more than three minutes.  He gave his standard stump speech, with some anti-Trump and pro-Hillary rhetoric sprinkled in.

There were many jaw droppers, but the First Lady took the cake when she said that quote

and went on to say how Hillary made it possible for her girls to believe they could be President.  The only problem is that the White House wasn’t really built by slaves, but, hey, why let facts stand in the way of a good rhetorical joust?

For his part, Trump replied in a way that clearly drives the Democrats nuts:  Twitter.

Trump: Tackles them in tweets

Sad to watch Bernie Sanders abandon his revolution. We welcome all voters who want to fix our rigged system and bring back our jobs.

Bernie Sanders totally sold out to Crooked Hillary Clinton. All of that work, energy and money, and nothing to show for it! Waste of time.