Barry: Didn’t want to be there

Last night’s meeting of the Manchester Board of School Committee with Commissioner of Education Virginia Barry and state Board of Education Chairman Tom Raffio was one we are really, really glad we broadcast live.  Frankly, it was a display of utter bureaucratic insolence and contradiction that shocked even me, which says a lot, characterized by Barry’s apparently angry pronouncement that she didn’t want to be there, but was doing it as proof she was sensitive to the concerns of parents.

That came after Ward Six Committeewoman Robyn Dunphy took Barry to the woodshed for saying parents had no right to refuse standardized testing for their children and chastised her for having an “incorrect” attitude on parental involvement.  Barry had earlier said parents shouldn’t be able or expected to help their kids with math homework because that’s the teacher’s job.  Not so, said Dunphy, who was following up on comments made by Ward Ten Committeeman John Avard, who said that parents should be able to teach their kids everything and if they can’t help with the math homework, it might be because it’s “fuzzy math” that nobody can really do.  Dunphy said you either want parental involvement or you don’t.

Avard, by the way, rightly called Raffio out for insulting the citizens of Manchester for referring to their testimony earlier in the evening as crazy and ridiculous.

And, while Dunphy thanked Barry for attending, she said the state folks were needed to answer the questions before the Smarter Balanced Assessment was given.  “We needed you to answer our questions then,” said Dunphy.  “Why are you here now?”  Earlier in the meeting, Barry basically said she didn’t respond to the board’s first invitation because she didn’t want to be seen as playing politics and taking away the school district’s successes.  However, after Dunphy’s question, Chairman Raffio waxed eloquent about how busy Barry is meeting with people around the state, apologizing that she couldn’t get to you in the time frame you wanted.

Leather: Um, did she read her own press release?

It was one of their many contradictions not only from that night, but in general.  The most noteworthy one might have been Barry emphatically saying that the only purpose for standardized assessments is to help teachers teach better and then later said that the only purpose for standardized assessments is to ensure children are learning.  Of course, the Smarter Balanced Assessment allegedly does both.  But, if you remember just two short months ago, in the press release issued by Barry and Her Highness The Governess Margaret Wood Hassan announcing the pilot of the PACE Assessment Program, Deputy Commissioner of Education Paul Leather stated quote:  “We hear about over testing because we really have two accountability systems.  The state system is required by federal law but may not help us improve teaching and learning.”  That, of course, was in reference to the same Smarter Balanced Assessment Barry spent half the night praising.

Raffio: Thank me for Manchester’s successes!

In the running for the most shameless presentations of the decade, Raffio credited Manchester for many of its positive moves, and then took credit for all the state board and department of education had done to make it happen, including claiming credit for funding of the STEAM Ahead program at West, Mayor Ted Gatsas signature education initiative.  When Gatsas, who has personally raised hundreds of thousands of dollars for the program, questioned whether or not he’d heard that right, Raffio and Barry said that they’d been in discussion with the district about funding the program, but were forced to admit that they’d not provided any funds to date.  That said, Raffio, who kept dropping he was a Harvard grad and the CEO of a big company, tried to take credit anyway because the department had given STEAM Ahead its blessings and encouraged private sector investments in it.

The Loser Award of the night goes to Ward Nine Committeeman Arthur Beaudry.  He took the occasion to try and score political points against Gatsas, almost enthusiastically asking for quote un quote their side of the conversations Gatsas has said led him to believe the state would assist the city with waivers to the Smarter Balanced Assessment.

Gatsas: They funded what?

He also both thanked and chided the state officials for granting the waivers needed to start the four year high school at the Manchester School of Technology.  “You may have hurt us,” he said because we’re not doing it the right way.  He appeared to be encoraging the state to revoke its waivers when he, the guy who complains about the loss local control and unfunded mandates more than anybody, said “Hold us accountable” and continued with statements that can be summarized as make us do it this way and don’t allow us to continue the other way.  Gatsas, of course, noted that everybody knew waivers would be necessary to get that program rolling and that the city was taking the steps it needed to take, as it had always planned to do.

Ward Eight’s Erika Connors gets an honorable mention in this category as her questions of the state’s so called top education officials proved she can suck up to bureaucrats at any level.

A quick shout out to the parents, students and staff at Parker Varney Elementary School. They’ve been recognized as the best elementary school in the state.  We’ve published the announcement and linked to it from this newscast at Girard at Large dot com.

That’s news from our own backyard; Girard at Large hour ___ is next. 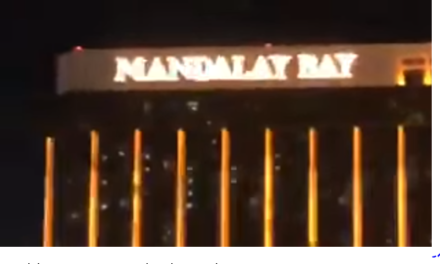