Open enrollment for the thousands of Granite Staters who will select an individual health insurance plan through Health Care dot gov or directly from an insurance company has begun.  In making that announcement, Governor Christopher Sununu said residents who will be purchasing a plan need to be aware that rates have gone up by an average of 5 2 percent due, he said, to the failure of Obamacare reform and rising medical and pharmaceutical costs.  The governor did say that those receiving taxpayer subsidies through the program likely won’t see a difference in what they pay because of subsidies.  Everybody else, however, is out of luck.

The open enrollment period for 2 0 1 8 is shorter than in years past, running from Nov. 1st to Dec. 15th.  The New Hampshire Insurance Department has information and resources for people who are shopping for a plan or who have problems with their coverage:  We’ve got the link to their Web site and the phone number,(800) 852-3416, with this news read at Girard at Large dot com.

Oh, just in case you’re wondering why I ran this story, it’s in the hope of making my colleagues on the Manchester Board of School Committee who both take taxpayer provided health insurance benefits from the school district and supported Obamacare, know that now’s the time to get off the school district’s dime so that that money can be spent on the kids.

And, since we’ve mentioned that board, I guess we should tell you that its members produced something of a surprise, kinda.  The board actually voted to release the investigative report clearing at-Large Committeeman Rich Girard of the bogus charges that he violated state wiretapping and Right to Know laws by recording a non-public meeting he was asked to clerk.  For those who don’t know, clerking a meeting means recording who said and did what and when they said it or did it. 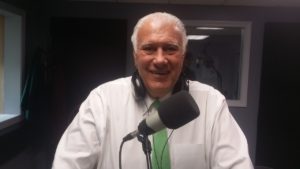 Girard said he did nothing wrong in admitting he recorded the meeting because he was asked to take the minutes, but, nonetheless, the board acceded to Ward Eleven Committeewoman Kate Desrochers’ demand that he be investigated, saying she had a “reasonably good idea” that he violated state wiretapping statutes, even though she knew why Girard had recorded the meeting at the times she complained.  (Click here for the Union Leader’s story on the issue.) 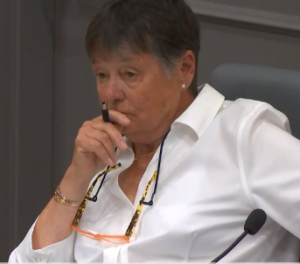 Tessier: The one who violated the law for real

Presented with a tie vote by the board clerk, Girard decided to vote in favor of releasing the report, citing his belief that because it involved the conduct of an elected official and did not disclose any confidential information, it should be made available to the public.  Girard had demanded the release of the document vindicating his actions upon receiving it from the district’s attorney.  Failing to get a response, he asked Mayor Gatsas to poll the board on the question.  We’ve uploaded the phone poll and the report with this news read at Girard at Large dot com.

Manchester Police Chief Nick Willard is reporting that crime continues to decline in the Queen City.  In an announcement made yesterday, Willard said that serious crimes were down seven percent year to date, continuing a downward trend that saw crime rates tumble by twenty two percent in two thousand sixteen.  Willard also said that violent crime was down by nine percent so far this year, bucking national numbers showing that violent crime rates have risen by almost four percent.  Last year, violent crime ticked up by two percent in the Queen City.  Willard credited the police department’s continued use of predictive policing software that determines, based on historic crime statistics, where and when crime is likely to occur.

Eversource says it restored power to more than two hundred sixty five thousand customers in forty eight hours and expects power restoration efforts will be substantially complete sometime tomorrow morning.  The utility said the work’s being done by nine hundred line workers and four hundred tree workers from several states and Canada.  As of midday yesterday, the state’s largest utility said there were fewer than forty thousand of its customers without power.  Customers can find town-by-town restoration estimates on the company’s website and through its social media channels.  We have the link.

Following a tour of storm damaged areas in Carroll and Grafton counties, Governor Christopher Sununu issued a statement claiming he was inspired by the resiliency of the state’s people.  He said he was quote:

“encouraged by Granite Staters strength, determination, and compassion as they work to rebuild their homes, repair their roads, and support their neighbors.”

The governor said that as of eleven yesterday morning, there were still 1 9 0 road closures, eight open warming centers, and three open shelters statewide.

The Goffstown Police Department announced yesterday it will begin enforcing the town’s Winter Parking Ban from two A M to five A M starting at Midnight on November fifteenth.  Yup, it’s that time of year again.  The ban will remain in effect until April fifteenth, per town ordinance.    Those in violation of the ordinance will receive a No Parking summons.

Trick-or-Treating in the town of Derry has been rescheduled to Friday, November 3rd from 6:00 to 7: 30 P M.  Happy Halloween!

That’s NEWS from our own backyard!  Girard at Large our ___ is next!