The New Hampshire House Finance Committee heard Senate Bill 4 6 4 yesterday.  The bill would establish a statewide drug court grant program.  Bill sponsor, Senate Majority Leader Jeb Bradley, Republican from Wolfeboro, released a statement after the hearing explaining the bill establishes a statewide program allowing each county to choose whether or not it would establish a drug court and provide matching funds to operate them if they did.  Drug court provides alternative sentencing and supervision for addicts who are required to enter drug treatment and recovery programs to avoid going to jail.  The person in drug court has the sentence for the crimes they committed suspended while in the program and dismissed if they successfully complete it.  The sentences are imposed if they fail to honor the terms of participation.  It takes about eighteen months to two years for someone to successfully complete the program.

The bill is now on its way to the House Finance Committee.  Manchester Mayor Ted Gatsas, who has been at the forefront of advocating for drug courts, last week issued a statement urging the House to take quick action on the bill after it passed the Senate.

Bradley: Real ID on the way

Bradley also praised the senate’s passage of House Bill 1 6 1 6 which will make New Hampshire drivers licenses compliant with the federal Real I D Act.  The state is in danger of losing the waiver it has to the Real I D Act because it allows people to remove personal information, such as Social Security numbers, birth certificates and the picture on their license from the Department of Motor Vehicles database.  If it loses the waiver, residents won’t be able to use their state issued I D to enter federal buildings or airports.  The bill allows residents to opt into a license that complies with the federal standards required by Real I D.

Bradley pushed back against charges that Real I D establishes a national identification system.  It just establishes minimum standards for state I Ds to make sure people are who they say they are, he said.

Third graders from Manchester’s Gossler Park Elementary School are scheduled to tour Southern New Hampshire University today.  SNHU was eager to invite the students to campus and introduce the third graders to college.  This effort is part of Gossler’s “Leader in Me” program, which emphasizes skills and habits that are important for students to become proactive achievers.  Gossler implemented the program with support from Granite United Way.  Representatives from the university’s admission office will give the children a campus tour and participate in an exercise to make a poster about what college means to them and why they want to go to college.

Exeter Police Chief William Shupe issued a statement announcing that the Exeter Police Department has concluded one of its investigations into allegations of sexual misconduct by a faculty members at Phillips Exeter Academy.  Last week, the department opened a series of investigations after receiving information from the school provided by its alumni.  One of those investigations involved a then-current faculty member of the school.  The Exeter P D interviewed this individual recently and determined that an alleged incident occurred more than three decades ago.  The statute of limitations on any potential criminal charges had lapsed.  No criminal charges can be filed.

This was the only investigation involving an active employee of P E A, Steve Lewis, who was terminated after admitting guilt to school administrators.  Additional investigations into the allegations forwarded by the school remain ongoing, with the school’s cooperation. 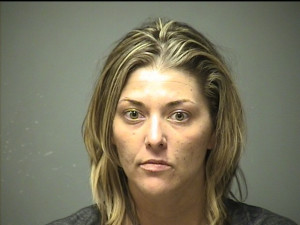 Twenty seven year old Amy Lemieux, of Goffstown, was pulled over by Officer Ryan Heile on Tuesday night after he saw her swerving and driving her two thousand three Kia Spectra erratically.  Goffstown P D received a call from someone who’d noticed how badly the car was being driven.  The caller followed the vehicle until a police officer was able to locate Lemieux on Varney Street.  After seeing the vehicle swerve several times, Heile pulled her over at Varney and Precourt streets and discovered her four year old daughter in the backseat.  Officer Heil observed that Lemieux was speaking erratically and had dilated pupils, indicating she was likely under the influence of drugs or alcohol.

Officer Matt Brown arrived on the scene to watch the four year old Heile conducted a field sobriety test, which Lemieux failed.  Officers found several prescription pills and two straws in her car including Buprenorphine Hydrochloride, Clonazapam; Gabapentin and Buspirone.  Lemieux was taken into custody and charged with aggravated D U I, which involves operating with someone under 16 years of age in the car, reckless conduct, and four counts possession of a controlled drug.  She was also issued a summons because her daughter’s car seat was unsecured.  The little girl was released to the custody of her grandmother.  Lemieux was released on five thousand dollars cash surety bail and is scheduled to appear in Manchester District Court on April 25th.