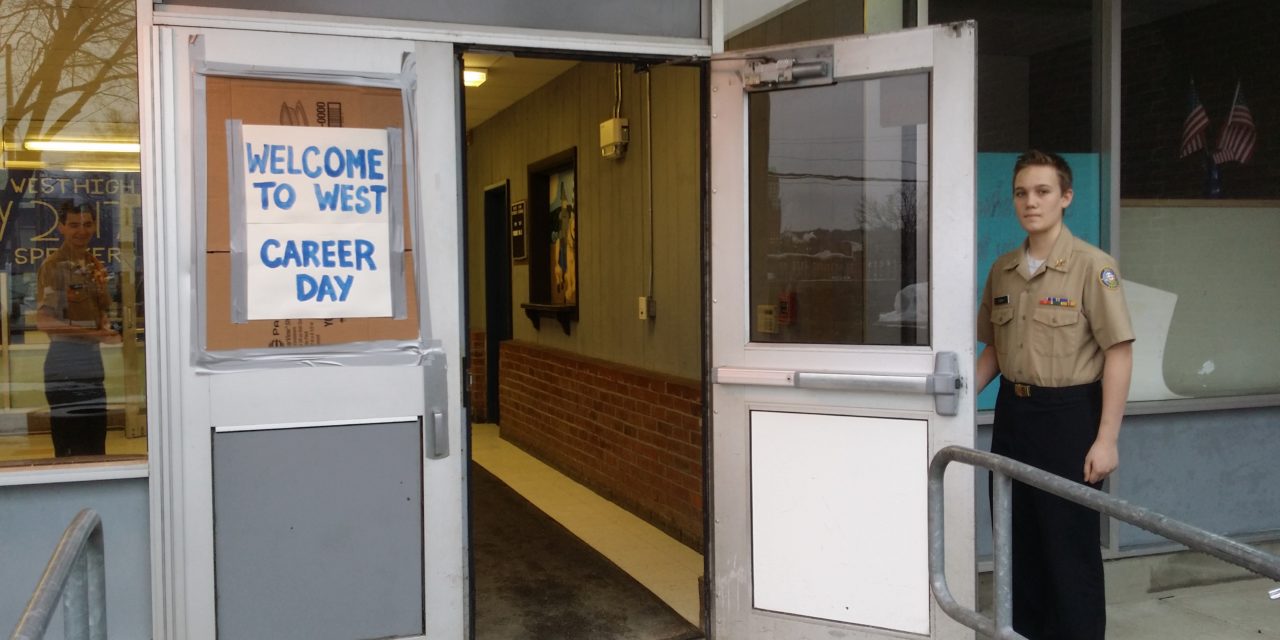 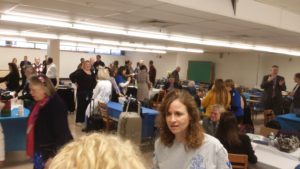 Career Day: Host it and they will come!

It was Career Day at Manchester High School West, yesterday.  Seventy five professionals from a variety of industries and fields gave their time to stand in front of every classroom at the high school.  Kids weren’t only able to hear from professionals in their own classes, they were allowed to attend classes that had someone who might be of interest to them in their off periods as well.  West Principal Rick Dichard said it was the only event of its kind in the city, where every classroom had a career professional there all day to help the kids understand why their education was important and how their education was relevant to what they wanted to do in the future. 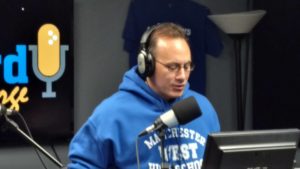 Girard: It’s all about self marketing 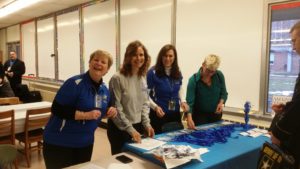 Excited organizers were securing return engagement commitments from the presenters as they left, so it looks like they’ll be another big Career Day at Manchester High School West.  My thanks to the school for the invitation, to Mrs. Muehling for working with me to come up with something relevant and fun for the kids and the kids for their attention and participation.

While we’re on the topic of schools, the Manchester Board of School Committee approved the 1 7 – 1 8 School Calendar at its meeting on Monday night.  Schools will open on Tuesday September fifth and are scheduled to close on Tuesday June twelfth.  High school graduations are scheduled for Saturday June ninth.  We’ve uploaded the calendar and a handy dandy summary that provides details on all of the vacations, test days, progress report dates and more, with this news read at Girard at Large dot com.

Mountain View Middle School in Goffstown announced it was selected by the New England League of Middle Schools as a 2 0 1 7 “Spotlight School, ” which is defined as a school having a” powerful learning environment” and “consistently observing middle level best practices.”  Just 3 5 out of the 6 8 6 public middle schools in MA, CT, RI, and NH were so recognized.  The school submitted an application, a comprehensive self-assessment and welcomed a visiting team of experts on-site, to evaluate the school’s effectiveness.  The on-site evaluation included student panels, faculty and staff interviews, classroom observations as well as a round table discussions with the district and school administrative teams.

For long time listeners of this show, you’ll remember what a mess that place was not that long ago under former Principal Jim Hunt’s reign of terror and former Superintendent Stacy Buckley’s intentional disregard for the complaints she received about it.  Congrats to all involved on a remarkable turnaround. 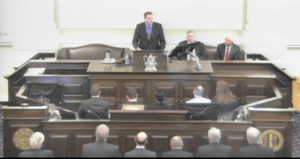 During the 2016 elections, the taxpayers worked hard to make sure conservatives were sent to the State House, yet it appears that the elected officials lost sight of the commitments they made when they were sworn in and today they are spending like “drunken sailors”. 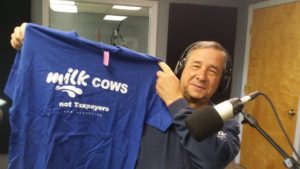 Coalition Chairman Ed Naile, who threatened to hold a Drunken Sailors Party on the State House steps said it was, quote

incomprehensible to imagine that in a time of abundant revenues that the House budget does nothing to cut taxes or reduce what is taken from the taxpayers.  Given that republicans control the Governorship, House and Senate, we should have a reasonable expectation that the budget would be a common sense budget for the citizens of New Hampshire.

The Derry Public Health Department has announced details of town’s Mosquito Control and Public Education Program.  Dragon Mosquito will conduct control activities for 2 0 1 7.  Starting April 10th, Dragon Mosquito’s crews will begin checking swamps, woodland pools, ditches, storm drains and other shallow, stagnant water sources for mosquito larvae.  They’ve provided a handy dandy list of chemicals they’ll use to kill whatever they find , a list of locations that will be sprayed, and emergency procedures if West Nile or Triple E are found in town.  We’ve got the links. 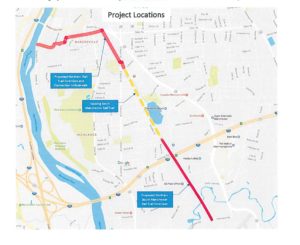 Revised proposal going to the public

There will be a public meeting regarding the South Manchester Rail Trail Extension and Bike/Pedestrian Connection Project on Wednesday April 5th at 6:30 P M in the Aldermanic Chambers at City Hall.  The meeting is the follow up to the January 4th session and will feature the design alternative being considered.  The city’s consultant will present the plan and is available for questions at 3 9 1 3 9 5 0.   We’ve linked to additional details form this news read at Girard at Large dot com.