GOFFSTOWN Superintendent Stacy Buckley refused to publicly divulge the details of all bids solicited for the Mountain View Middle School Contract when asked by school board members Dan Cloutier and Lorry Cloutier on September 17th.  The school board, which originally voted to go into Non-Public Session to receive the details, reversed course after Dan Cloutier rightly questioned the legality of the move and decided to award the contract absent full disclosure of the information.  Dan Cloutier opposed awarding the contract.  Lorry Cloutier abastained.  Vice Chairman Dian McCarthy, who is employed by a company competing for the bid, recused herself from the vote, even though the company that won the bid (WestEd) was a competitor to her employer (SERESC).

Below is the Right to Know Request submitted by Girard at Large requesting the disclosure of all relevant information, which is now public given the awarding of the contract.

Inasmuch as the school board acted to award a consulting contract for services at Mountain View Middle School, I am writing to obtain the following information under RSA 91-A.

1)  Who were the other bidders and what would their services have cost?

2)  For what reason(s) was the winning bid chosen?  Given that you disclosed that there were two that were notably less expensive, what is your justification for recommending the second most expensive bid obtained?

3)  Which of the applicants were interviewed.  Please note, if any applicants, in addition to the one chosen, were also bidders in the first attempt to solicit services, please advise which “round” they were interviewed in.

4)  Please explain why Ben Hampton was not interviewed in either solicitation.

5)  How is it possible for all bids received to be thoroughly evaluated between the submission deadline of September 12, 2012 and the school board’s September 17 meeting?  Keep in mind that two of the intervening five days were weekends.

6)  Earlier in the year, you pegged the cost of this study at between $30,000 and $60,000.  Later in the process, you stated that the committee formed to collect data for the consultants would reduce the cost of the consulting services.  Since you originally directly solicited bids outside of a public RFP process and have now awarded a contract in light of a public RFP process, please share just how much money was saved by appointing the other committee and kindly provide evidence of that savings.

Had you wanted to enter into Non Public Session to protect the details of this information, it would have been proper to do so under the section of the law that allows you to consult with the board on an ongoing negotiation to seek their input prior to making any public award, so long as it was advertised on the agenda.  As you must know, the awarding of any contract, including personnel contracts, by the way, eliminates the protection of the law and makes public any and all information obtained during the bid process.  Now that that has been done, there is no reason under the law to withhold this information.  In fact, the law demands its release in the name of transparency and accountability. 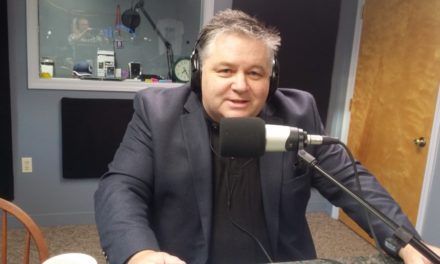