The Manchester Board of School Committee voted to adopt Ready Math. Ready Math is an online platform (look for data mining) paid for with federal grant money. The Manchester Union Leader reported, “The district is spending $328,950 in federal grant funds for the first two years of Ready Math.”
The Ready Math Web site also says, “Thank you, Council of the Great City Schools!…..As part of its nationwide initiative to provide high-quality mathematics curriculum for English Learners in middle school, Ready Mathematics 6–8 ©2020 is available to all members of the Council of the Great City Schools (CGCS).” Let’s not forget that Manchester Proud paid $30K in dues to CGCS on behalf of Manchester. CGCS has taken more than $13 million from the Gates Foundation for the specific purpose of promoting the adoption and implementation of the Common Core National Standards.
According to the research published by the Obama Administration on Common Core, achievement in the U.S. has sunk and, is now considered the worst large-scale education failure in 40 years. ACT scores showed “dangerous long-term declines in performance,” with students’ math achievement reaching a new 20-year low. This is the legacy of Common Core.
You will not see a focus on mastery of the basics using Ready Math. Parents need to watch a video from a teacher explaining how Ready Math looks in the classroom here. The teacher says that she doesn’t tell the students if they are right or wrong. As a math tutor, I can see how this could reinforce the wrong answer for children participating in this math program. Students work on math strategies. Teaching children multiple strategies in mathematics can and often-times leads to confusion and, the inability to master the math concept. This was why parents in the 90’s were in an uproar over fuzzy math. Having children learn multiple and inefficient algorithms created frustrated children who never mastered the traditional math concepts needed for higher-level mathematics. In addition, this slowed down the learning progress and, U.S. students scored lower than their peers in higher-performing countries.
U.S. students became confused and started hating math compared to home-schooled children who have been outperforming their public schooled peers because their parents chose a traditional math program. If your children were fortunate and attended a private elite school, they too were set on a path to math literacy which opens doors to many career paths that are now denied to children subjected to Common Core math.
The research Curriculum Associates, maker of Ready Math cites, comes from their own studies. I also did not see any study comparing Ready Math to a high-quality traditional program that has students progressing towards Algebra I by 7th grade compared to Common Core programs that put students on a path to Algebra I by 9th grade. How do we know that students using the authentic Singapore Math series wouldn’t have done better than the students using Ready Math?
Here is a sample of the student instruction book on the Ready Math web site (grade 4): 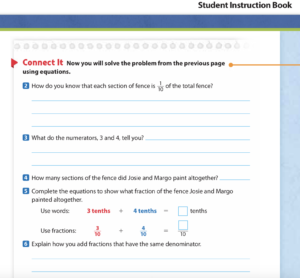 As you can see, some of what is asked has nothing to do with mathematics. These are the kinds of math questions that mathematicians have criticized because there is a focus on communication skills versus computation skills. Professor Stephen W. Wilson criticized this approach to testing on the old Smarter Balanced Assessment that was first used in New Hampshire after the adoption of Common Core. Computation is one of the most important math skills a child should be learning but as you can see from this example, that’s not the focus.

This also hurts the English Language learners in Manchester. Children who are learning the English language yet may be brilliant in math, will be marked wrong if they lack the ability to communicate correctly. These children may understand the math concept, but their language skills can and will hurt their grades. Since Manchester has a high population of students learning the English language, this may be a real problem.
This is why I’ve said for years, Common Core is a set up for failure. Especially for immigrant children.
Others have suggested that because girls may be better at communication, this has the potential of hurting boys too. As a math tutor, I’ve found girls frustrated by these kinds of exercises since some of them are very young and have not developed the writing and grammar skills that could help them explain their reasoning as instructed. Children at a very young age are concrete thinkers so if you ask them to reason in a way where their brain has not fully developed, it can create math anxiety and frustration in children.
Early childhood educators and experts across the country tried to warn about the developmental inappropriateness of the Common Core standards when they were first developed. Parents across the country began reporting how angry and frustrated their young children were responding to these kinds of exercises. Exercises that mathematicians have criticized and called unnecessary for learning good math skills.
Ready Math comes with cards for students to work on with their peers and the entire class. Unfortunately, they are not flash-cards. Flash-cards help students memorize their basic math facts. As a math tutor who’s worked with children, the old fashioned way helped all of us memorize basic math facts and allowed us to compute higher-level math when we made it to high school. Whether it’s flash-cards or sitting down and practicing math facts, these are the skills that set students up for success. Mathematicians have stressed the importance of computation skills, knowing that at any level of mathematics, memorization of basic math is key to mastering higher-level math concepts. Children who lack communication skills can actually thrive and learn math. They should not be penalized because of the flaws in Common Core.
As you read through the cards, you can see there is a lot of time spent on communicating versus time spent on computation. I would suggest looking at EVERY card so you can see that the cards do not require the student to work on computing math problems.
Under Common Core math, students progress at a slower pace compared to students in high-performing countries. You can see how that happens with Ready Math. Time taken away from learning basic math and instead focused on self-reflection, analysis of their partner and, communication skills, takes a significant amount of time over the course of six to eight years. Common Core puts students on a track to Algebra I by 9th grade while students in Singapore are on a track to Algebra I by 6th and 7th grade. Students in Singapore are not subjected to Common Core math.
Ready Math uses a data-driven approach in the classroom. Teachers will gather data on the students’ performance, which is why parents need to be mindful of what kind of data is being collected and shared. Will Ready Math use this data to continue to market their product? If so, why not ask for compensation for the family since their child will become part of market research for the company? Using a child’s personal data to sell their product needs careful analysis by parents, educators and school board members.
Recently some United State Senators said that they will begin looking at how EdTech data is collected and how they are using that data in their practices. (Senators Raise Concern Over EdTech Data Collection Practices, Sending Letters To Dozens Of PRoviders And Data Brokers). School administrators have failed to protect personal data on children by third-party vendors. When the FERPA law (Family Educational Rights and Privacy Act) was gutted during the Obama Administration, this created a loophole for personal data to leave the district without parental knowledge or consent. Not only did this put personal information in the hands of for-profit companies, it completely left everyone out of receiving compensation as research subjects.
What good can come from this decision for Manchester students? Since Manchester lacked a consistent math program for the last 11 years, they will now have consistency.  But could they have chosen a better math program that would have alleviated the numerous problems with Common Core math? Absolutely.
Using a dumbed-down Common Core math program that aligns to the Common Core assessment, is now part of the high-stakes testing phenomena that we’ve been experiencing since No Child Left Behind. What is proficient in the USA could be two to three years behind the top-performing countries. The only way to determine if your child is truly proficient in the core subjects, you will have to use an independent achievement test. The district could also test all students using TIMSS (Trends in International Mathematics and Science Study) which would test and compare Manchester students in math and science against students from around the globe.

Will proficiency scores rise in Manchester using Ready Math? That’s certainly possible since there will be more of a focus on teaching to the Common Core assessment. That alone may have some impact on proficiency scores. But this change in math curriculum could have resulted in a better math program that gave Manchester students the same opportunities as kids in private elite schools and schools in the top-performing countries. A good basic math program benefits children in public schools. Adopting a Common Core math program like Ready Math doesn’t appear to give Manchester students that opportunity. Instead, they are going to follow the Feds. in their race to mediocrity. 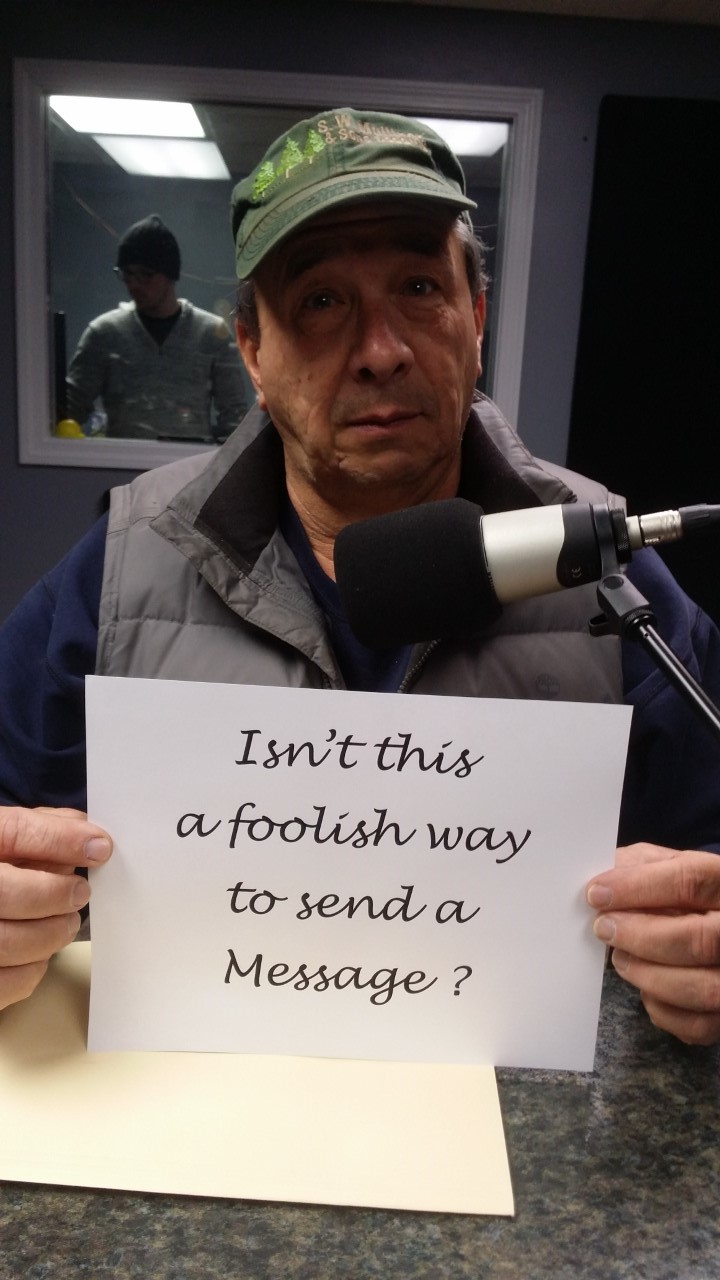