Milfoil has been confirmed to be spreading in Naticook Lake causing the closure of the public boat launch in Veteran’s Park and on Camp Sargent Road.  A major factor in the spread of invasive variable occurs when propellers and other activities chop up the existing plants and the fragments drift and re-root in new areas. The Department of Environmental Services has been monitoring Naticook Lake since July 2012 when they first confirmed the presence of milfoil near the Veteran’s Park Boat Launch and documented significant spreading of milfoil in the lake during the summer months. They have had divers perform hand removal and diver-assisted suction harvesting (DASH) work on the areas of growth three times in August and September.

DES is seeking bids for both herbicide treatment and diver-assisted suction harvesting activities to be done in 2013. They will train interested parties in the spring of 2013 on Weed Watcher Programs.
At this time only non-motorized boats, such as canoes and kayaks that can be carried in, are permitted entry into Lake Naticook via the town owned boat launches.   Please call the Merrimack Parks and Recreation Department at (603) 882-1046 or check the town website at www.merrimacknh.gov for updates. Use of the boat launch will be re-evaluated after milfoil management operations are done in the early summer of 2013. 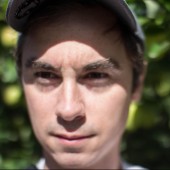