McGorry to remain on “paid leave.”

Manchester–The Manchester School Board recommendations of Superintendent Dr. Thomas Brennan and James A. O’Shaughnessy, Esquire at its meeting last night, afterwhich they initiated the process of hiring a replacement for Mary Ellen McGorry, Principal at West High since 2007.

We’ve learned late this morning she tendered her resignation.

Right to Know requests were referred by the district to O’Shaughnessy, the district’s attorney.  School officials steadfastly maintained their silence and spoke only of their worry of being sued should any information be leaked.

Though a principal, McGorry is covered by NH RSA 189:13 which governs the dismissal of teachers.  According to O’Shaughnessy, if invoked, the process involves an appeal hearing before the Board of School Committee which, in effect, acts as a tribunal.  O’Shaughnessy claimed that had the administration revealed any information relative to the investigation of McGorry to the any member of the school board, it would have been tantamount to contaminating a jury.

O’Shaughnessy also said the process enabled an arbitration proceeding if the dismissed employee disagreed with the result.  He characterized the process as “lenghty, costly and not a sure thing,” saying “that’s what we’re up against in NH.  It’s worse than in Massachusetts,” he concluded.

O’Shaughnessy deflected questions regarding the information provided to the school board prior to deciding to accept McGorry’s resignation.  Invoking NH RSA 91-A:5 (IV) he declined to answer questions regarding the charges against McGorry and would only say that the school board was presented with sufficient information with which to make a decision.

He also refused to release any information regarding the nature of the charges or the findings of the investigation stating that to do so would violate McGorry’s legal privacy rights on what is essentially a personnel matter.   When pressed repeatedly on the issue, O’Shaughnessy was sympathetic, but noted that McGorry’s attorney, Andru Volunski, had not consented to the release of any information and stated that the district or any individual school board member would be sued for breach of confidentiality.  The law and the courts, he said, have established a balance between the public’s right to know and the individual’s right to privacy, even when the individual is a public employee.

When asked if the charges involved any criminal matters that would be referred to the police for investigation, he responded that if McGorry had done anything of a criminal or potentially criminal manner, the police would have been immediately involved.

When asked if the school board would be provided with the details of the investigation now that it has accepted McGorry’s resignation and will no longer be in a position to adjudicate a hearing involving her, he replied, “that is a great question!  I don’t know and I don’t know what my advice to them would be if they asked.”

At this time, it appears as if the public will not be told about the charges against McGorry or the findings of the investigation which consumed more than $50,000 and four months.  What we can surmise is that she chose to offer her resignation rather than face dismissal proceedings and that the district chose to accept her resignation rather than go through that process.  The threat of a law suit the district believes it is unlikely to win if it or any member of the school board says anything about the matter, seems to have trumped the public’s right to know why a major school figure was suspended and chose to resign.

In settlement of the matter, McGorry will retain her taxpayer provided health benefits until June 30, 2013 and will remain on “paid leave” until April 15, 2013.

Nobody would comment on the status of suspended West secretary Denise Michael.

Below is the press release issued by the district at 5 PM this evening.

Press Release
The Manchester School District announced today the resignation of Manchester High School West Principal, Mary-Ellen McGorry, effective April 15, 2013. The Manchester Board of School Committee voted on January 28, 2013, to have Superintendent Brennan hire an interim principal to assume the duties of the position until a permanent replacement is hired.
The School District has agreed to continue to provide Ms. McGorry her health insurance benefits until June 30, 2013. The total estimated cost of this payment is $2,165.85 for the period of April 15, 2013 to June 30, 2013. She will remain on paid leave through April 15th with her existing salary. 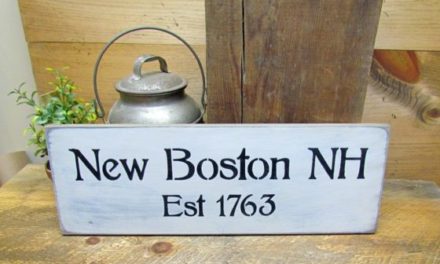