Which Superintendent Finalist I Would Choose and Why

If I could vote for Manchester’s next superintendent of schools, I would vote for Dr. Kriner Cash without reservation.There wasn’t a question asked where Cash didn’t show himself to have thought of about the issue at levels much deeper than the other two candidates or most in this city.  At a time when Manchester needs an “out of the box” thinker with a proven track record of desirable results, Dr. Cash is on our doorstep knocking.

What I liked most about Cash is that he made me think differently about a number of issues in a short space of time.

In areas where I agreed with him, I learned new things that reinforced my belief.  When he gave his answer on “diversity,” for example, I wanted to stand up and cheer!  Finally, someone who understands that diversity isn’t just about race, ethnicity and socioeconomic factors, but also about thoughts, talents and desires.  The other two gave predictably politically correct answers that were deep inside the box.  I really didn’t see where things might change.

In areas where I disagreed with him, I found myself interested as I hadn’t considered his perspective before.  When he gave his answer on leveling, for example, I was intrigued and wanted to learn more, challenge and be challenged, to further the dialogue and invite more into the discussion.  The other two gave the predictably politically correct answers that were firmly inside the box.  I really didn’t see where things might change.

I think the reason for the discrepancy between Cash and the other two is a function of his extensive experience and back ground in very large districts that have faced the same issues Manchester now wrestles with.  The Memphis City School District, where Cash was last superintendent,  has as many students as Manchester has people.  He was an assistant superintendent in Miami/Dade, the country’s fourth largest school district.  Clearly, he has dealt with these issues and handled them well.  It reflected clearly in how he answered questions.

When he was asked by former Mayor and West High Principal Bob Baines how he would handle a difficult school board and be the CEO the district needed, he showed not only an awareness of the city’s current state of affairs, something he did routinely throughout the night on issue after issue, he also showed an astute political deftness in his answer.  Where he would “educate” school board members, the mayor and the aldermen about what it means for the superintendent to be a CEO and the results that would make possible, another candidate (Dr. Maureen Ward), said she would “constantly train” the Board of School Committee on what it role was.

Where Cash seemed interested in enlisting board members as partners in the process, Ward (to the delight of a couple of teachers sitting in front of me) seemed willing to confront members on the educational relevance of the policy they might want.

Were I a school board member, I would choose to be educated about the possibilities and enlisted in the cause rather than be trained by someone who thinks they run the show and confronted when they think I’m off base.

On issue after issue, management of individual schools, preparation of students, excellence in teaching, the development and use of data (where Dr. Ward also had a good answer), the tuition towns, the re-inspiring of confidence in schools, parental and community involvement and dealing with gifted and talented students, Cash gave answers that not only showed a profound level of experience based, results oriented, thinking, but also demonstrated an unusual understanding of where this city’s at and how to move it forward.  The districts he’s worked in provide ample proof of what Manchester can achieve with him at the helm.

Dr. Kriner Cash appears right for Manchester at this critical time in history.  After seeing him in action tonight, after hearing him say that the next superintendent should plan to be here for the next ten years, which allayed a primary concern, I believe he will change the dialogue and drive a new dynamic in this city’s discussions about education.  We need that now more than ever.

I simply did not see that in the other two candidates who come to us from districts that are about one tenth the size of ours and whose answers did little if anything to persuade me that anything substantial would change were they to be elected. 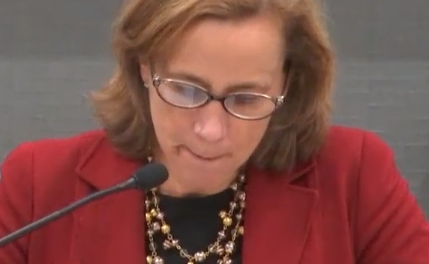