Goffstown planning officials may be beating a retreat under pressure from Pinardville residents opposed to the proposed Plan Pinardville recommendations.  During yesterday’s interview with Pinardville resident and State Representative John Burt, Planing Board Chairman John Hikel, also a Pinardville resident, called our Adorable Little Radio Show to say that it was the commercial industrial corridor of the neighborhood that needed to be embraced and that if the plan did not narrow the scope to that focus he said the final proposal’s quote “not going to go far.”  End quote.  Girard at Large has since obtained the letter to which he referred in the call.  Written by Planing and Zoning Administrator Brian Rose and Assistant Town Administrator and Economic Development Coordinator Derek Horne, it acknowledges the neighborhood’s opposition and provided an alternative plan, which we hope to obtain soon, that essentially leaves the single family neighborhoods alone.  It is a complicated letter with a lot of jargon and techno-speak which we will need to gain clarity on.  Meanwhile, residents opposing  Plan Pinardville showed up at last night’s meeting of the Goffstown Board of Selectmen and made themselves known during the public comment session.  Sources tell Girard at Large there were more than a few wide eyed members of the board.  We’ll have more on this during this morning’s show.

A joint meeting of the Manchester aldermanic Human Resource and Administration committees voted 6 to 2 last night to recreate an independent department for the city’s economic development functions.  It wasn’t so long ago that the aldermen voted to eliminate it as a department and make it a division of the mayor’s office.  Opposition to that approach from the Chamber of Commerce crowd caused a rethink and after weeks of wrangling, it appears as if the board is set to reverse itself at tonight’s meeting.  The vote came after the panel deadlocked four to four on a motion from Ward 10 Alderman Phil Greazzo to make it a division of one of the city officers’ departments.  Opponents claimed there wasn’t a department in which it would fit and noted that not one of the department heads wanted it.  Ward 2 Alderman Ron Ludwig took issue with the characterization of it as a failed department, advancing the notion that the board had failed to provide adequate resources for them to do the job.  In recreating it as a department, they set the department head’s salary at Sixty Seven Thousand Dollars, which is pretty interesting when you consider that they’re about to give the Welfare Commissioner’s position an eighty thousand dollar salary, which is eighteen thousand dollars higher than the entry level salary that currently exists.  We’ll have more on this during the show this morning, too.

The Manchester Board of Mayor and Aldermen meets tonight in what’s shaping up to be a marathon meeting.  Not only will the board discuss the economic development director’s position as mentioned in the last segment, it will also have a discussion with Senator Lou D’Allesandro over the state budget, that’s just weird, and take up the downgrading of the city’s bond rating by Moody’s Investor Services.  Moody’s said it lowered the city’s rating from double a 1 to double a 2, a minor adjustment, for four reasons:  1)  A continued decline in property valuations, 2)  Rising pressure from fixed expenditures, 3)  The recently enacted tax cap which limits revenue growth, and 4)  An Above average debt burden.  It applauded the city’s financial reserves, sizable and diverse tax base and its position as a regional economic center with a large commercial presence.

Adding to the night’s fun, there appears to be competition for the developer who wants to buy the Pearl Street Parking Lot and turn it into a big dormitory for college students, still don’t know how you can discriminate in housing that way…anyway, three other developers have come forward with offers to purchase and develop the lot.  It may be enough to cause those who want to bypass what’s called the R F P process in favor of a direct sale to back off in favor of that process, which is the norm.  The enforcement action against K C’s Rib Shack is on the agenda, that ought to be fun.  The Attorney General’s I can’t answer your question on surveillance letter is there too AND there’s more on the now nearly one hundred thousand dollar parking demand study for the Bedford Parking Lot in the Millyard.  Be sure to blog along with us live tonight at Girard at Large dot com!

That’s News from our own backyard, Girard at Large hour ___ is just 30 seconds away! 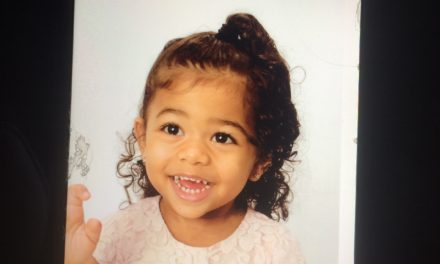