There’s been a shake up of sorts in the Manchester City Republican Committee.  Chairman Will Infantine, a candidate for alderman at-Large has taken a leave of absence from the chairman’s position until after the city elections because of criticism launched at him by our favorite Alderman at-Large Joe Kelly Levasseur.  Levasseur’s upset that the city G O P won’t be assisting his reelection efforts and has burned up the phone lines to hatchet Infantine with party leaders across the state, including state party chair Jennifer Horn.  Levasseur’s accused Infantine of trying to use his position as chairman to hurt his campaign by freezing him out.  In an interview with your Humble Host, Infantine acknowledged that he’d stepped away saying that while the committee’s bylaws prevented it from getting involved in primary races, they were silent on the question of what to do when there were multiple G O P candidates in a general election.  Dan Mattingly is the third Republican in that race.  Infantine had no further comment on the matter.  Acting Chair Tammy Simmons told Girard at Large that the party would focus its efforts on Infantine’s behalf in the at-Large race.  “The executive board took a unanimous vote more than a month ago not to help Republican candidates who attack other Republican candidates,” she said.  “Why would we support someone who’s hurting the team by attacking its own members,” she asked.  Levasseur has been a vocal critic of Mayor Ted Gatsas, attacking him regularly on his television show and in the media.  Sources tell Girard at Large he has a Patrick Arnold for Mayor sign on his front lawn and has told several people privately he will vote for Arnold in the general election.  Simmons also said that Levasseur’s been AWOL in party efforts to coordinate and support campaigns around the city.  As for Mattingly, quote “we’ve reached out over and over again and he’s not reached back, so our guess is he’s not interested and we’re okay with that.”  One person familiar with the controversy, speaking on the condition of anonymity, said Levasseur’s trying to blame Infantine for a unanimous decision of the committee’s executive board because he’s running scared.  Said the source, “This is what Joe Levasseur does to his friends.  Joe is all about Joe and there’s no friend too good to savage for his own purposes.”

The Merrimack Police Department’s warning of what they’re calling a quote unquote very elaborate online job scam.  We’ve posted their email detailing exactly how it works with this news cast at Girard at Large dot com.  Apparently the false job postings are being placed on legitimate sites like Insight dot com, soliciting resumes for a local company, which has been very well researched by the scammers.  Once the resume is received, there is a follow up contact and, well things go south from there.  A local resident got suspicious when all the contact he had with the company was via email and online chat through Yahoo Instant Messenger.  A call to the local company cleared it all up, but it turns out that the job he’d applied for was recently actually posted by the company.  Police are warning folks not to rely solely on internet communication and to check with companies about job postings directly.

The Parks and Recreation department in the town of Derry has released the details of upcoming Halloween events and it looks like fun!  Their annual downtown Spooktacular Costume Parade and Contest takes place this Saturday morning, followed by the annual downtown Trick or Treat event with area businesses.  The town’s Trick or Treat event will be on the evening of October thirty first from six to seven thirty.  We’ve posted all you need to know with this newscast at Girard at Large dot com, which includes some trick or treat tips to keep the kids safe.

Finally this morning, we send our congratulations to  Bedford blogger Kathy Benuck, producer host of the popular Bedford Community Television show Tell It Like Is.  She’s been recognized as one of the state’s top three bloggers  by the New Hampshire Press Association.  We’ve certainly enjoyed her blogs and appreciate her efforts to keep everybody informed about what’s really happening “in the bubble” as she puts it.  Benuck said she wasn’t even aware she was being considered for the honor and thanked those who follow her blog, which is published on the Bedford Patch’s Web site, for their loyal support.  We’ve linked to her most recent entry, which many Manchester residents will find of interest as it features the “too good to be your former alderman” Kelleigh Domaingue Murphy, who, in case you didn’t know, is now a state rep. and town councilor in Bedford.  I have to admit, she had me laughing.

That’s news from our own backyard, Girard at Large hour ___ continues right after this. 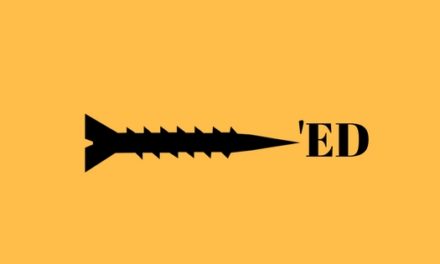