Lots of drama unfolded on the last day of candidate filings in Goffstown and Hooksett.

In Goffstown, Planning Board incumbents John Hikel and Mark Warden will see challenges from Attorney Jim Raymond, a former planning board chair and Phil D’Avanza, the long term selectman who chose not to run for reelection after State Rep. John Burt announced he would run against him.  D’Avanza is currently the Board of Selectmen’s representative on the Planning Board and a member of the Goffstown Industrial Council, the outfit that bought two seats on the Planned Pinardhood oversight committee with a three thousand dollar contribution that helped the town satisfy the HUD grant ‘s match requirement.  Burt picked up a challenger for that selectman’s seat in the person of Budget Committee Chairman Peter Georgantas.  Voters in Goffstown will also see warrant articles requesting approval of major zoning changes to Mast Road and Daniel Plummer Road which some have used to spark controversy over what really amounts to non-conflict conflict of interest charges against Hikel levied by people who apparently have personal grudges to settle.

Looks like the School Board in Hooksett is where this year’s election fireworks will be.  Go figure!  Former School Board Chair Joanne McHugh, a twenty year veteran of the board, looks to make a comeback against our favorite Dumbo Denbow, Phil in the race for the seat with a one year term.  Town Councilor Todd Lizotte will face a surprise challenge from his neighbor Yvonne Preston in the race for the seat with a two year term.  And in the marquee race for the three seats with three year terms, Current Board Chair Trisha “The Gavel” Korkosz squares off against former Town Councilor and Budget Committee member Jason Hyde, who still has his “effing esophagus,” Town Council Chairman James Sullivan, a former school board member who served a dozen years, Amy Boilard, whose service on the High School Assessment Committee was well regarded in town, former School Board Member Becky Berk, Michael Berry, whose wife Stacie has attended and spoken at school board meetings and a fellow named Jack Sweeney whom my spies in town don’t seem to know much about.  Voters will also decide the fate of the controversial contract the school board inked with Pinkerton Academy.  The school board has created a committee designed to convince the town that sending ninety percent of the town’s students to the high school in Derry, starting in year six of the contract, is a wonderful thing.

A rash of vehicle break-ins has police in Hooksett warning residents to remove valuables from their cars and lock the doors.  Hooksett P D says it’s taken numerous reports from residents all over town in the past couple of weeks and say the majority of vehicles that have been stolen from were unlocked.  Police say if you’re not going to remove valuables from your car, make sure they’re out of sight and emphasized that no specific area or neighborhood has been affected, but it’s happening all over town.  They’re urging residents to be vigilant and report anything they think is not quite right or downright suspicious to them immediately at 6 2 4 1 5 6 0 that’s six two four sixteen fifty.

Former New Hampshire House Speaker Harold Janeway and former State Republican Committee Chairman Steven Duprey are urging opponents of expanded gambling to attend this  this Thursday morning’s scheduled hearing on House Bill Sixteen thirty three by the House Ways and Means Committee.  The bill, known as the Ames Bill after it’s sponsor State Rep. Richard Ames, authorizes a casino in Salem at Rockingham Park and establishes a regulatory structure for it.  It is one of several gambling bills pending before the legislature and has the support of Governor Margaret Wood Hassan.  Janeway and Duprey, on behalf of Harold,  are urging folks to either prepare one to two minutes of testimony or send a short email to their reps expressing their opposition.  They say the pressure for gambling has never been greater.  We’ve linked to their Web site which contains all the details on this and other bills and contact information for committees and reps.

Hooksett School Board member John Lyscars says he’s being harassed and is filing complaints with the Hooksett Police Department.  In an email sent by Lyscars to the school board, he says he’s received phone calls from local colleges following up on registration forms he’s not submitted for classes he’s not taking, been visited by Jehova Witness representatives responding to requests he didn’t make for home visitations, a high volume of email confirmation requests attempting to register him on porno, adult toy and other tawdry sites, and a multitude of anonymous text messages that are less than flattering.  Lyscars says the universities are cooperating with him to track the digital signatures of the computers that filed the registrations and that the cops have asked him to file complaints so they can do their thing.  He says his cell carrier is also cooperating with the investigation and vowed that he will bring whatever resources he can bring to bear against the offenders noting it has greatly upset his family, which feels threatened by the menacing communications.

That’s news from our own backyard Girard at Large hour ___ starts right now! 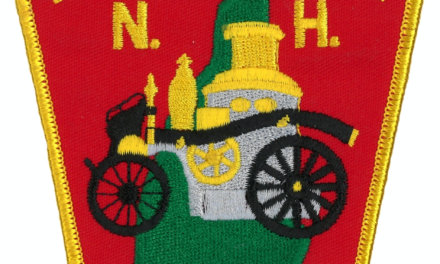