Radio talk show host Rich Girard filed a motion to dismiss the lawsuit filed by Manchester Alderman at-Large Joe Kelly Levasseur seeking to block the release of emails Girard is both seeking and received from the city of Manchester. In the suit, Levasseur asks the court to not only prevent the city from releasing any further information, but to prevent Girard from looking at or disseminating in any way the information he’s already obtained.  Levasseur has accused Girard of seeking “any and all emails with Levasseur’s name or email address” and has criticized Girard for obtaining

documents “at no charge to the taxpayer.”  He’s claimed that the release of the information jeopardizes the “privacy” of “constituents” that must not be allowed and violated New Hampshire’s Right to Know Law as the city released documents not defined as public records, despite their release not being exempted from the law.

In asking the court to dismiss the suit, Girard argues that Levasseur has no standing to either intervene on behalf of his constituents who are not seeking to prevent the release of their information or order the city to charge Girard for the materials received.  On the later point, Girard argues that Levasseur’s asking the court to settle a political question as to whether or not it was proper or appropriate for the city to provide Girard the information without charging him.  Levasseur sought to recover the time allegedly spent by staff providing the information; time Girard has hotly contested noting one of his requests was a “copycat” of another media outlet’s and that the city had yet to act on his other request, made on November 19, 2014.

Girard also argued that Levasseur was wrongly seeking to have the court issue an advisory opinion as to whether or not an elected official’s emails were considered exempt under the law.  Finally, Girard said that the request that Girard not only not review or distribute any of the obtained material and his demand that Girard actually return the information, should be considered a “prior restraint” on Free Speech, which is rarely permissible under the First Amendment to the United States Constitution or it’s corollary in the New Hampshire Constitution.

In testimony given before the Manchester Board of Mayor and Aldermen, Girard detailed the factual mistakes in Levasseur’s filing, providing the board with the evidence that not only was what Levasseur said about Girard’s request not true, but also uncovering that the Right to Know Request he copycatted from another media outlet was itself a copy cat of one done by Levasseur himself on July 31, 2013.

Levasseur has ten days from Friday March 7, 2014 to respond to Girard’s motion. 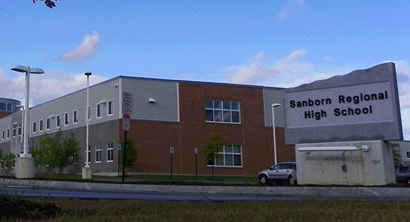